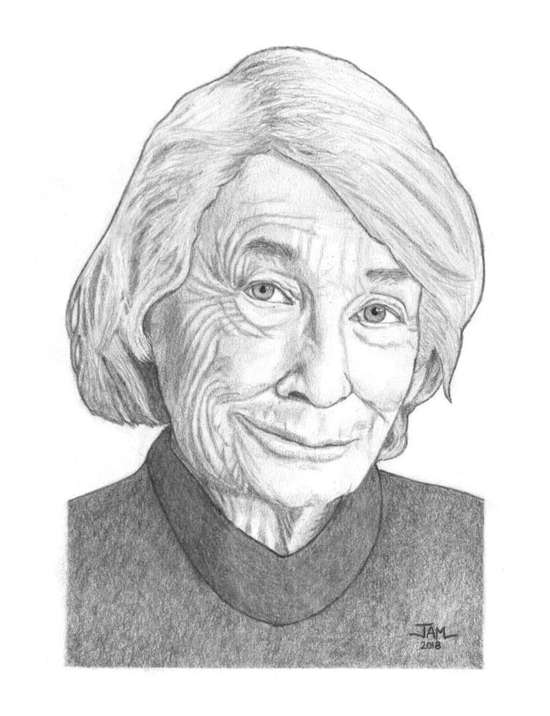 Part VIII in an ongoing series introducing serious writers of DUP to the most well-known poets, both classical and modern.

Mary Oliver ( b 09.10.1935 ) is an “indefatigable guide to the natural world,” wrote Maxine Kumin in the Women’s Review of Books, “particularly to its lesser-known aspects.” Oliver’s verse focuses on the quiet of occurrences of nature: industrious hummingbirds, egrets, motionless ponds, “lean owls / hunkering with their lamp-eyes.” Kumin noted that Oliver “stands quite comfortably on the margins of things, on the line between earth and sky, the thin membrane that separates human from what we loosely call animal.”

Write a new poem honoring Oliver from one of the following poetry titles. Bonus points if you actually read the poem and include a reference other than the title within it.

2)   Sleeping in the Forest

8)  Song of the Builders

2. No erotica; this is open to all ages and can't be viewed with an ECW.

4. Any form is acceptable.

5. Hashtag your poem #MaryOliver and link to your poem here. Do NOT copy paste your poem to the competition. The point is to eventually direct visitors searching for Oliver to your poem via the hashtag we hope will eventually be implemented by the Webmiss.

Comp will be judged by a panel including myself.  You have one month; best of luck to all entrants.

There are no instructions to glean wisdom;
no table of contents directing the living
to their appropriate chapter in life’s manual.

There is only an instinct for survival,
one deeper than holding your breath;
and no one taught you to do that.

In the intimate darkness of womb
you inhaled amniotic fluid
because it sustained your growth,
but no one taught you to do that.

No one taught you to hold your breath
in the birth canal or your first bath;
you just knew you were supposed to.

So why do you try so hard to understand
what cannot be understood by anyone;
knowledge flows in our veins.

All you have to do is listen to the drum
of blood in your ear when submerged
into the still depth of a bath or pond,

where language opens the memory
of being formed already knowing:

You were life’s prayer of becoming—
and its answer all along.
~

I pond-ered as if rain---
my wits slowly gathering; shape
shifting consciousness expanding;
coming to more senses than
I was previously aware of.
Embraced against bosom in welcoming arms,
the Earth invited me to take rest in her cottage,
yet we ended up chatting all night
under a raftered porch of branches
frosted with moonlight and starfire white;
illuminated miniature kingdoms everwhere
about us guarded by little moth-men
and counseled by wise owl guardians.
When morning came --- who knew
sleeping in the forest
would be so enchanting?

Anonymous
I have tried all of these and keep failing, hopefully something will come of this one 😅

Unusual, in the distance, stillness
beneath a hanging
wispy algae as it waves
a flag. The pelican
whittled down
to its base form. Stark, stranded, smooth-
an orange beak
like a bird of paradise and I sought heaven
in your duplicity, in your triplicity,
in your multitudes, a million
lights emerge
as static on the sea, I did not see it.
I believe wishes come

from the wing bone. Funny,
life is not a stranger, but death is.
You can touch it, taste it, feel it,
but not know it.
I took the bone and weighted less;
brought it home on one last flight.
Washed in the basin away most
of the miasma, tiny, white on white sins.
Left a few in the creases
for remembrance, the orbs of moments,
making up your life.
It’s your story to tell; here’s some tea
leaves falling on the floor.
I brush them under the couch,
as you only save what can be kept.

The call of the sea
washes over me
at night. Fishing, as neon shines
through the gills- my blinds,
for compassion.
In my sleep, I do not hear, therefore-
from the shelf, I have put
them inside myself;
the ear bone and the wing bone
to substitute the gaps.
There then, I fly and collect like clouds
water in my throat. And I hear
the clouds gasping as I do
on the shore. What a treasure.
Would you two buffer me a while?

God days, I call them—
creation aligned
with mindful being
despite contrast;

such as the truth
of this simple moment:
no accolade, award
or holiday exists as reason
to appreciate its breath;

only Life itself:
winter grass
a frozen lake—
this skeletal leaf
~

Sleeping In The Forest


Written in the poetic form known as Concrete, which structures the poem with the words/lines to suggest the silhouettes of living and/or inanimate objects. In this case: Fir trees.
Written by Jade-Pandora (jade tiger)
Go To Page

After we met, I knew in this Heart of mine
the journey led straight to your doorstep.
I ignored voices in my head --- exhausting
critics who repeatedly said that the Universe
wasn't in my corner. I proved them wrong,
as well as cowardly, refusing daily to give up
on our melody: we're instruments in song,
keyed to the vibration of Us. Thus, my dark
night of the soul was illuminated with stars
shining and cards turned face up held firm
the Tarot'ed promise that in being myself
all roads pointed to You.

Sleeping in The Forest (Make Earth Your Heaven)

Mother-Earth remembered her,
She took Mary back so tenderly.
Like the willow tree, her mother’s hair swayed so gracefully.
Mother nature’s tune humming as she blanketed her in leaves so lovingly.

She slept as never before, a breeze billowing her bedroom curtains,
nothing between her and the white streaks of falling stars.
Her childhood dreams feathered as Autumn leaves
beneath her favorite tree branch.

The small kingdoms of insects in her bedchamber
buzzing throughout the moonlit hours.
Mother always said at bedtime, “make earth your heaven.”
Geese and swans outside her bedroom window whirring in their song.

Tossing, turning and tearing at night,
coping with the glow of yellow, eerie moonlight.
By morning the swans had carried her away many times
into the sun of her serene dreams, leaving the moon-glow.

A dream of trees # mary oliver

Is the poem I wrote in the other comp eligible for this? Feels appropriate.

Joined 11th Apr 2015
Forum Posts: 10656
SatInUGal said:Is the poem I wrote in the other comp eligible for this? Feels appropriate.

It wasn't written specifically as a tribute poem, though I'm sure you'll have no problemo writing another inspired by one of her poems listed above! Let me speak with  Johnny in the morning and I'll get back with you.

Joined 11th Apr 2015
Forum Posts: 10656
SatInUGal said:Is the poem I wrote in the other comp eligible for this? Feels appropriate.

Hey! Spoke to Johnny and we both feel that the other would not be in the spirit of the comp because it was prewritten for another comp.  Prewrites are not allowed in this one.

After the way you unscrambled the Poetic Medic comp, we both feel you'll have no trouble with a new entry here!

Thank you for understanding; we look forward to your entry.

Thanks. I look forward to writing it.