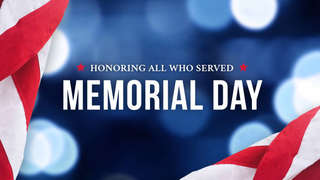 In The Face Of Danger

Written by randyjohnson
Published 30th May 2022
Like This?
Poems by Author
Author's Note
I dedicate this poem to those who fought and died for the USA.
Comment
#America #holiday #memorial #nonfiction #war
All writing remains the property of the author. Don't use it for any purpose without their permission.
likes 1   reading list entries 0
comments 1   reads 84
Commenting Preference:
The author is looking for friendly feedback.
Re. In The Face Of Danger
PoetSpeak
31st May 2022 9:02pm
Great tribute piece