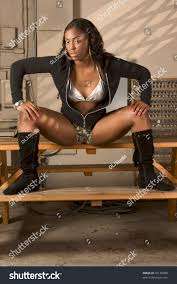 Wow, Cassandra said. Some people have no shame.

I think it's kind of hot, Alexis replied.

Really are you about to turn to the dark side? Cassandra asked.

Alexis shrugged and said, I can think of worse things. It might be fun. I just need the right person to turn me

Cassandra and Alexis got to the office and began working as normal. Alexis seemed to be doing her work as dutifully as ever, even though she knew she would be gone by the end of the week. The day was progressing as usual until Cassandra got a call from Ms. O'Hara's secretary. The editor would like to see you in her office, the secretary said.

Cassandra sighed and told Alexis, Looks like I need to go see the bitch- I mean boss. Maybe I am going to be shit canned just like you.

Good luck, Alexis called after Cassandra as she walked to the double doors leading to O'Hara's office. Cassandra walked past the secretary's desk and knocked on the door labeled Catherine O'Hara, Editor-in-Chief. Cassandra heard a voice call out you may enter so she proceeded.

Ms. O'Hara reclined back in her comfortable chair with her legs put up on her desk. She wore long high heels and had stockings on her legs with a low-cut dress for her attire. She must be trying to relive her model days, Cassandra thought to herself, but those tight fitting stockings were not doing her widening figure any favors.

Please sit, O'Hara gestured to the chair on the other side of the desk after Cassandra had entered.

Thank you, Ms. O'Hara, Cassandra answered as she took a seat.

Catherine crossed her arms and asked, how long have you been working here, Cassandra?

A little over four years Ma'am!

You have been an enormous boon to this company while you have been employed here, I must say.

Thank you, Catherine, Cassandra said. I'm glad my efforts are being noticed by management. Perhaps this impromptu meeting would bear some good news after all.

Catherine smiled and said, Oh, you have definitely been noticed. Catherine got up from her chair and walked to the front of the desk. She sat on the edge of the desk only about a foot away from Cassandra. Catherine drew her legs up and Cassandra tried to avert her eyes as Catherine's bare thighs were exposed. Catherine leaned forward so that her cleavage was more pronounced.

These layoffs have been very unfortunate, but these many open positions create a great opportunity for some of those who are willing to go the extra mile. The cream is going to rise to the top, so to speak. You have always shown drive and ambition, haven't you Cassandra?

Cassandra was dumbfounded replying yes I have.
I always thought so, at any rate. Catherine said as she crossed her arms beneath her breasts. I am considering making you Managing Editor for this publication. You would be in charge of the day-to-day operations while I oversee the overall creative direction of the magazine. You would be in a position to manage up to fifteen workers. Would you be interested in such a position? There would of course be a significant salary increase. Probably at least double what you make now.

Cassandra could hardly contain herself. She stumbled over her words as she said, "W-well Um. Of course! I mean, I would cherish this opportunity if it became available to me. Cassandra tried not to show how desperately she wanted this promotion. This would mean the end of her financial troubles maybe she could even afford to move to a nicer apartment.

I'm very glad to hear that. I need a dedicated young go-getter for this position. Someone who will do whatever it takes to succeed. As Catherine said this, she drew her legs up and spread her thighs so that her underwear was fully exposed. Even though she was pushing sixty, Catherine still wore lingerie so thin that they were nearly transparent. Cassandra could see the darker skin of Catherine's pussy through the fabric and some of Catherine's black pubic hair was spilling out of the sides and top of her underwear. Cassandra began to feel very uncomfortable. She could smell arousal wafting from Catherine's sex less than two feet away from her face. Cassandra saw with delight that Catherine's panties looked to be completely soaked through. Despite her abhorrence, something about Catherine's scent enticed Cassandra and she had to shake her head and lean back in her chair to dispel the naughty thought of tasting Catherine that suddenly crossed her mind.

Catherine leaned back and pulled her underwear to the side to expose a wrinkled, hairy pussy that peeked out between her pudgy thighs. Her genitals glistened with wetness. Catherine rubbed the outside of her vagina with one hand as she said, bring that sexy tongue over here and lick my pussy, Cassandra. Show me how badly you want this position.

Ms. O'Hara! Cassandra cried out this is highly inappropriate!

Oh come on be a sport, Catherine said in a simpering tone. Here, just have a little taste and tell me if you like it. Catherine inserted two fingers inside her pussy and pulled out a thick, stringy mass of goo that stuck to her fingers. Catherine moved her fingers closer to Cassandra's face as Cassandra leaned back in her chair as far as she could. Besides the unmistakable scent of Catherine's pussy, Cassandra detected a sweet, unknown smell that caused her mouth to salivate against her will. A far away voice echoed in her brain saying to just try it and see what it was like. The voice that spoke unbidden in Cassandra's mind asked if she was afraid to have sex with a woman, or was simply afraid that she would enjoy it. Cassandra opened her mouth and prepared to suck on Catherine's wet fingers when she looked up at Catherine's face. For the first time, Cassandra actually made eye contact with Catherine and what she saw horrified her. Catherine's seemed almost blank, with no light of life behind them. Her dead eyes appeared to have no true intelligence behind them and looked like the eyes of a child's doll.

Cassandra became suddenly afraid and pushed her swivel chair backwards before Catherine's finger reached her mouth. I'm sorry Catherine, but I think I have to decline your offer. While I am grateful for the opportunity, I don't think I am ready for that much responsibility yet.

Instead of becoming angry, Catherine pulled her dress back down and leaned forward smiling. Her breasts threatened to spill out of the top of her low-cut dress. What a pity, she said. You are turning down a tremendous opportunity. There are several of your co-workers who will not show the same reluctance. Many of them will do whatever it takes to get ahead, unlike you.

Well, maybe I would not be so reluctant if I weren't being sexually harassed by my employer, Cassandra snapped back.

Is that what you think that was? You are just delaying the inevitable pretty soon you will be one of us.

And what is that supposed to mean?

Don't worry, you will find out soon enough. I should probably mention that I need you to work late tonight.

Cassandra had turned to leave but this information caused her head to snap back around. What? Why? she demanded.

I've ordered a rewrite of our review of the new fall line from Versace. The rewrite will be done at 4 and I need you to work on the final copy until it is complete. We have to have this issue ready by the end of the week.

Cassandra sighed and murmured okay I'll get to work on it right away. This ruined all of Cassandra's plans for the evening. Granted, her plans mostly included a bottle of white wine and Netflix but they were plans nonetheless. Cassandra wouldn't be out of here until 10 pm at the earliest.

Cassandra turned to leave dejectedly when she heard Catherine speak again, oh, one more thing can you send your friend Alexis to visit me next. We still need to conduct her exit interview. I hope we can find a way to keep her around, she is such a dish.