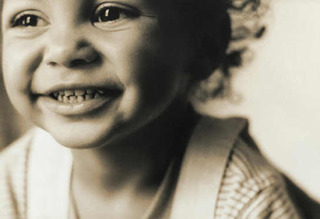 
Ring, ring. "Hello"........so simple you know
A phone call comes in the night, hauntingly familiar
You hope everything is allright.

"Hey Cloud, you know who this is?
This is Tonya....."
I froze, my voice could not speak
My eyes began to well up with tears
Cried a river of waters upon cool satin sheets......

My precious "Poochie" was dead.
Twas but a dream, a night terror rolling around in my head
Wiping my eyes, I looked at the large green letters on the clock
A date that rang in infamy almost sent me into shock

She truly was a prize
Smart, dedicated to success.......seemingly never to falter
I called her "Poochie"
She was closer to me than my own daughter.

Stories I could share
that would warm the coldest of hearts
She was beautiful, she was tough
and oh my God, she was so smart........

From that day forward,
I began to notice a change
She was still my "Poochie"
But she was never again the same

There evolved in her a "longing"
A darkening in her soul
Yes she kept on pushing on
Demons rising up inside began to take their toll.

In those times, my love for her
grew so much deeper
The light that shined so bright inside now dimming
I was willing go through hell to keep her.......

Then my young engineer landed inside a great career
She met a wonderful man and for a moment it seemed clear that
my "Poochie" was healing; she was gonna' be allright
I remember she called me late one September night

I thought of Poochie often
I fought against my fears
of something going wrong
and I would not be there........

Now I'm left with the memory of a hot August night
Four years ago, today
My "Poochie" took her own life.......


.......and I wasn't even there to save her
To simply say "POOCHIE NO!!!
To wrap my big arms around my "daughter"
I would have taken that bullet if it meant saving her life;
saving her soul

.....and then a year later, fate would again have it's way
Her younger brother, Pat whom she loved more than life
died the next year......you guessed it
on that same August day.

Poochie, to say I loved you will never ever
seem like enough
I always wanted to be there for you when times were hard
and the path seemed mighty tough

My eyes adored you
like a proud papa on the first day
of his first child's birth,
perfect in everyway.....she captures her father's eye
You'll forever be my babygirl
and I will love you till the day I die.

"(My eyes adored ya)
All my life I will remember
(Though I never laid a hand on you)
How warm and tender we were way back then, baby
(Like a million miles away from me
you couldn't see how I adored ya)
Oh, the feeling, sad regrets
(So close, so close and yet so far)
I know I won't ever forget ya......."

Written by MusicallyMrM (Mr_Mahogany_Wood)
Published 22nd Aug 2012 | Edited 23rd Aug 2012
Like This?
Poems by Author
Comment
All writing remains the property of the author. Don't use it for any purpose without their permission.
likes 3   reading list entries 1
comments 5   reads 864

One of my all-time favorites here!

re: Re: Poochie...........(to say I love you will never be enoug
MusicallyMrM (Mr_Mahogany_Wood)
- Edited 22nd Aug 2012 4:48pm
22nd Aug 2012 4:31pm
Thanks Jazz.  Today is really kind of hard.  I really woke from a dream and clear as right now, I heard her voice.....haven't heard it in such a long time in my mind.  I've cried enough this morning; I don't have any tears left.  This is one of those times I wish this were fiction but sadly, it isn't.  She was a student of mine from my earlier days as an educator....in the years that followed, she (as well as some of my other most bright and brilliant students) became so much more.  As she would tell everyone, "Cloud" is my daddy and she was like a daughter to me in every way she could be.  We were that close.  She was a gifted clarinetist, brilliant young mathematician and a beautiful, vibrant, seemingly strong african american young lady who struggled to fit into a very technical career that most young black women are not allowed inside the doors.  She was a trailblazer in her own right.

I have wonderful memories of Ms. Tonya Moore, (that's her name) but the circumstances surrounding her death will always haunt me.   She had been dead exactly two years before I heard about it from a mutual friend who told me at a reunion function and "thought I knew about it already".  I am inclined to remind everyone i know to always keep those that you love close to you if you can because you never know..........

Thanks for the comments my friend.

Read poems by MusicallyMrM
Re: Poochie...........(to say I love you will never be enough)
Firebyrd
- Edited 22nd Aug 2012 8:57pm
22nd Aug 2012 8:53pm
This touched me in a way that not many things have the ability to....but because my Mother committed suicide ... I can really relate.
My heart goes out to you Archie,and I hope and pray that peace in spirit heart mind and soul be yours as you reflect on this shining stars life.