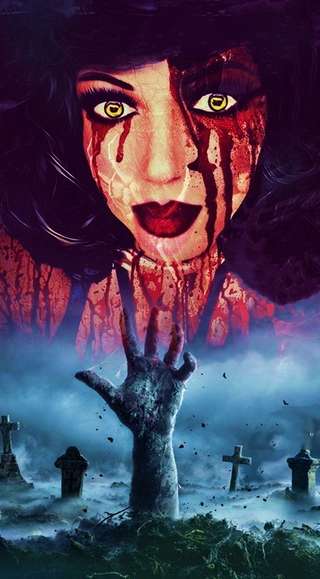 Hell.. I do not know what me and my Gee was getting into
All I know we were supposed to have met the Crips and their crew
The exchange of the payoff dope was near a cemetery
I’m from the hood and we make a drive pickup in the night, strapped up, and in solidarity
Out the Hummer me and my boys
Pulling back the hammer on our weapons of some high-powerful toys
The scene looked like a set up from the start
Fog swirling around my Vera Wang stilettos, we knee deep in the dush of dark
I told my crew anything moves strange shoot the bitch straight in the heart
No names will be remembered in this game

All I sudden we saw what looked like some robbers looting some graves
If nothing else, tonight this Queen about to get paid
It smelt like old money all that gold shinning
My Queen... it looks like someone got stealing and mining
Gee shot in the air and shouted to their backs don’t nobody fucking move
And don’t pay that hero act shit, nobody here got nothing to lose, or prove

The next thing I glimpsed, and I swear this on Bulldog's death
I was swarmed by some zombified bitches with some stank ass breath
Mumbling some shit about am I the Ghost
I don’t tell people a damn thing, dead or alive and that goes for my zip code
A bullet went in the kneecap to slow these motherfuckers down
My crew running and shooting, shell casing dropping, bullets dodging behind headstones, a gunbattle with the dead, we went round for round
I checked my chamber, stood up, you wanna play that dead man walking bullshit
Popping heads off with centered chest hits

Well say hello to my little friend
I lifted my 40-caliber handgun from my thigh holster and fired off a series of rounds and I be damn
Those ancient hellraiser dicks and clits still prowled and stood in their stance
Gee, shouldered his Bazooka and off went a torpedo shot
He took all the zombies to the dirt, and I took the remaining standing out with my Glock
Blood and guts were flying everywhere
Fucked up my salon curled hair
The grave robbers where nowhere to be found
They left the bag of gold and relics behind and fled without a sound
You got any more rounds, My Queen, I’m out
I got two vails of acid let’s show these dead fucks who got the earthly clout
Go for it
I threw them up hoping to their faces it drips
Gee shot the two glasses and let it rip
All we saw was corpses smoking, some were burning
My crew hacking skeletons' bones, the scene had my stomach churning

We heard sirens in the backgrounded
Everywhere looking around
Those night crawlers begin taking cover
Rushing in the dirt, sealing up their own holes, not a touch of earth was left to smother
Gee.. don’t ask, my Queen..
We will wake up and realize this shit was all a make-believe dream
In the meantime, let’s bounce
Yeah, I do not want to get caught on me more than an ounce

Written by The_Nun_Runner
Published 30th Oct 2022 | Edited 27th Nov 2022
Like This?
Poems by Author
Author's Note
Ain't seen a damn thing...
Comment
#dark #ghosts #graveyard #night #zombies
All writing remains the property of the author. Don't use it for any purpose without their permission.
likes 3   reading list entries 0
comments 4   reads 244
Commenting Preference:
The author is looking for friendly feedback.
Re. The Bloody Hit…
Phantom2426 (Francisco J Vera)
- Edited 10th Nov 2022 2:00am
31st Oct 2022 1:49am
Guns, bazooka, and katana we are using.  Aim a for the head or cut off the head.  I've always got your back my Gangster Queen. Keep on writing.

welcome to DUP the land of many words

And that is the gangsta creed...

Latest Forum Discussions
COMPETITIONS
Funeral: The Last Rites
Today 11:14am by DanielChristensen (The Fire Elemental)
1234
SPEAKEASY
Official DU NaPoWriMo 2022 Discussion
Today 9:49am by PoetsRevenge
1 ... 5051525354
COMPETITIONS
Frustrated
Today 7:17am by DevilsChild
SPEAKEASY
SHARING THREAD spiritual paths , sites, books and  events
Today 5:13am by Rianne
12345
COMPETITIONS
Me
Today 4:53am by Michael_Goodridge (Mickael Abdul)
123
POETRY
Poems that mean something to you
Today 4:08am by Casted_Runes (Mr Karswell)
Follow Us