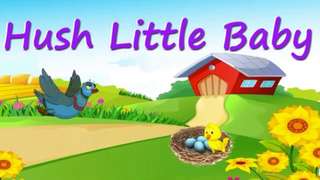 Hush little Ferret don’t say a word
To the slaughterhouse in union, you fly with the birds
On a Hallows Eve the Crows we hear squawking in the night
The Owl and Parrot soaring to the stars to take flight
As the Pink Panther hunts for his prey
In his hand a dagger used, a pheasant he will slay
Vultures in feast
Rejoicing in the stench of rotten meat

Unto the Red moon black robes joined at the hands
Around the flickering flames we all will chant our offerings, swaying to the drums as we dance
Ghosts, Ghouls, Goblins, and Vampires, roam the graveyard for an afterlife dead romance
Bowing our heads to hymn our incantations to the twilight air
Unto the wicked witch is dead, we have burned her broom and now a lock of her hair
If that spell, we cast in her blood does not work
Ask the High Priestess to choke her with the twirl of her smoke until the worms in her flesh squirts

Unto the school of fish who swam from the depth of the sea now marooned upon the land
Baited and hooked in the fins with no legs to stand
Cut them up, dip them in hot oil, and let them sizzle as the fry in a pan
Serve it as Cod Filet to Jack and Jill and Raggedy Ann


Poem Based Off The Nursery Rhyme Hush Little Baby
#DarkNurseryRhymes

Written by SweetKittyCat5
Published 4th Oct 2022
Like This?
Poems by Author
Author's Note
Nursery rhymes were political when they were first written! To me, that's what it's about: it's about using it to say something more than just what the story is.

George A. Romero
Comment
#dark #evil #Halloween #pagan #witches
All writing remains the property of the author. Don't use it for any purpose without their permission.
likes 2   reading list entries 0
comments 6   reads 164
Commenting Preference:
The author is looking for friendly feedback.
Re. Hush Little Baby
Phantom2426 (Francisco J Vera)
4th Oct 2022 2:34am
So I guess we are having ferret for dinner,  LOL.  The spirits are coming to life for Halloween.  Keep on writing my Queen.

Re: Re. Hush Little Baby
SweetKittyCat5
4th Oct 2022 3:39am
I am a vegan... I do not partake in consuming flesh of animals, I'm sorry, but it is taboo to my grann's culture/religion for various scared reasons.

In as much, I will one day write a Straight Talk Live piece about these beautiful dark musings, but for now I am having the time of my life posting them. And what better excuse then to utilize my talent around the Halloween themes... my grann would most likely not approve of such blatant poetic incantations, but hey it is the hidden dark side of my talent, I am very honored to embrace a times.

Please continue to enjoy your evening, my handsome poet as I wish you a magnificent Tuesday howling in the wind.

Read poems by SweetKittyCat5
Re: Re. Hush Little Baby
Phantom2426 (Francisco J Vera)
5th Oct 2022 1:24am
I respect your culture my Queen. So all the veggies you can eat.  Enjoy your blessed Wednesday.

Re. Hush Little Baby
nutbuster (D C)
4th Oct 2022 9:38pm
the ferret to small I have the cod you may have all the veggies you can eat and that you have my friend

Re: Re. Hush Little Baby
SweetKittyCat5
5th Oct 2022 3:06am
I can agree with that my friend... and thank you for so such beautiful devotion... and for taking the time to comment.

On that note, my friend, please have a restful Tuesday and a gracious Wednesday.