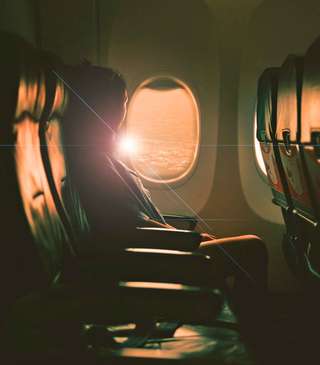 “My step-daughter has a cute Barbie doll face and all her parts are in the right place,” he said with much too much excitement in his voice.

“Keep it down, dumbass,” I said even though the bar was mostly empty. I immediately hated this guy who was seeking my professional services.

We were meeting at my office of choice, Jenna’s Bar on West 18th at the edge of town. I’d managed to avoid working for several months after a good-paying job last May fave me a long vacation. I’d been laying on the beach so much my hair was bleached and my tan was deep. I looked more like a surfer than a hit man.

“Why do you want my services?” I asked Mr. Loudmouth.

“Good god, man, the girl’s mother was rich beyond belief. Never worked a day of her life cause her daddy was a rich Texas oilman. Not sure why she married me but I have a couple of theories I won’t go into. Let’s just say they have to do with the male anatomy.”

“Shut up,” I said looking across the room to a coupe entering the bar.

“Sorry, but it just galls me that her daughter gets the family riches and I get a few leftovers,” said Mr. Loudmouth.

“What happened to the mom...your wife?” I asked.

I thought that was an odd way to talk about a dead wife. This guy was a piece of work.

I asked him about the settlement he expected in the event of the step-daughter’s death. It was sizable. I made him a price fair to both parties. I explained my system of payment and helped him understand that any contact with me after the job would result in his own elimination.

“Damn, boy. You don’t mess around. I’ve heard you were good but damn,” he said finally understanding to keep his voice down.

Then I asked about scheduling, her habits, apartment, car, etc. I would determine the time and the place without interference from the client.

I asked step-dad for her contact info, photos, and personal identification info to make tracking on social media easier.

“Does she have a boyfriend?”

“Yes, he’s a better guy than she deserves,” he said. “He worships the ground she walks. She’s his princess and she returns his admiration in spades if you know what I mean. Girl is so damn oversexed. It’s ridiculous.”

I ignored his last comments but took note. “We’ll never meet again and this meeting never occurred. Do you understand?”

“Yes sir,” he said without sarcasm as he slid me an envelope with his downpayment and then we parted ways.

That evening I went to work, going through phone contacts and hacking her phone so I could monitor calls and texts. Simplified things a lot if the technology worked.

Dylan and Grace made an attractive couple in their mid-twenties. When I realized how often they were together, I devised a plan to stage a murder/suicide with Dylan playing the bad actor. It would be a shock to everyone who knew him, but shocking things happen in the name of love all the time. If I planned this carefully, no one would suspect an outside party, just another love affair gone tragically wrong.

Written by LostViking (Lost Viking)
Published 28th Sep 2022
Like This?
Poems by Author
Author's Note
Trying a little fiction writing. This is the first of what I suspect will be three chapters.
Comment
#corruption #greed #love #murder
All writing remains the property of the author. Don't use it for any purpose without their permission.
likes 0   reading list entries 0
comments 1   reads 81
Commenting Preference:
The author encourages honest critique.
Re. Chapter 1  The Client, Mr. Loudmouth
Phantom2426 (Francisco J Vera)
29th Sep 2022 00:15am
Greed of Love is interesting.   Keep on writing.