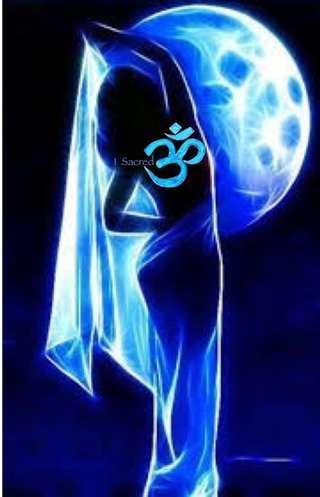 The Parable Of The Truth

Is there ever a time when honesty and truth must be revealed when vicious attacks in the form of comments have been displayed with malicious intent and has been processed without provocation, without warning.
It makes you question several facts in the beginning, it is jealousy, is it racist, is it just ill-will because you shine within your own skin and this person does not.

My agenda as of late has always been to bring you medical advice going forward, to bring you spirituality elements from the stars, stirred by the wind.
Let me propose the question to you.

What if you are successful in your endeavors; professional, creativity, goals, do not cross people on social sites, let me reiterate, without reasons, try to bring masses educational information, rather through, philosophical, or intellectual thoughts, until someone from this poetic site, (DUP) has taken it upon themselves, under the guise of a female and a male with the signature of several laughing emojis 🤣🤣🤣....continue to flood my poetic videos I have posted from here with derogatory remarks and related their attacks back to comments from DUP; reveling what someone is telling them from this site.

I do not interact with anyone from this poetry site; therefore, I do know this person has some form of Mental Health related issues.
Most people I relate to on DUP male members of course have seen me live one way or the other.

Here comes the pondering question if you were in the dilemma now that you know the predicament not in the form of a poem.
Would YOU be honorable and worry about who it may impact if you know who the person is; more questions arise from a split decision such as, asking ourselves should we expose the person in open, or leave trivial hints.

The same person with several IP addresses that somehow was made known to you.

I am not a Moderator therefore, I never believe what is exposed to me, until…. that same person creativity looms under the falsification of several females and a male on this site, with several closed accounts as well.
That same poetess or poet who I have blocked due to the fact they are the same person, consequently, who really has time for this, or we not mature adults here lead by exemplary behavior rather by our deeds by our beautiful words. If we cannot be civilized by the population of our craft, then when.
Thank goodness that information somehow came to me, by the grace of God, blame that on the blessing of the universe.

In as much, that is why people, we must always be true to ourselves, uplift ourselves, and be a beckon of light for others, I state that proverb in the essence of not knowing how others around us can affect our lives.

Maybe that person who revealed that information to me moons ago knew I would need it in times such as this. I was never a person to bring discord to anyone, that has never been my creed, I am here to enlighten, not bring anyone down, too many goals I have already reached, this is my creative playground, however not my main ingredient to thrive.

You attempt to hurt me, yes, I will push back, and I will always stand on that oath, with no excuses rendered.
Now I am pondering as what to do.

The parable of the truth and exposure of it is entwined in such a vague fashion, however, does both really set you free. Does it give you pleasure, or can it bring you hell when setting the mind free, when accepting the consequences, it may adhere.

This Straight Talk Live piece originated from a dilemma that has originated from DUP that has overspilled onto another site. In regard to a female poetess masquerading as man who is a member here on DUP who has openly harassed my YouTube page until I had to block their comments, and how I felt to deal with this person and bringing her due process in possible retribution.

As I sit back, would I had been calloused to have just mentioned this member for others to know how calculating and callous this particular person really is and mentally unstable as claimed, not to forget the methodically way she seeks such mundane rhetoric as to gain sympathy in the form of fabrication with long prose of crying wolf in questionable behavioral or in her male profile manifesting terminally ill fables making a mockery for those who really do suffer from the challenge to survive the expectancy, or succumb to the fate, as a nurse I find it aghast in the least.

It goes to say if you say it with false tears they will believe it, yet it comforts me when I know the truth, I will leave at that, however, I know Karma is a Bitch, and on here, yes, she is, and the beautiful notation about that clarification, I know who she/he is and how to deal with her and the false illusion of her male alter ego profile.

Until Our Souls Relish In The Truth, Stay Blessed And Stay True To Yourself

Written by SweetKittyCat5
Published 25th Sep 2022 | Edited 26th Sep 2022
Like This?
Poems by Author
Author's Note
The Truth Shall Set You Free...

SKC
Comment
#deception #honesty #manipulation #philosophical #TruthOfLife
All writing remains the property of the author. Don't use it for any purpose without their permission.
likes 2   reading list entries 0
comments 11   reads 227
Commenting Preference:
The author is looking for friendly feedback.
Re. The Parable Of The Truth
nutbuster (D C)
25th Sep 2022 7:24pm
My friend this I say the person is very very jealous of you and all the accomplishments you have done as he or she is a big loser in their life goals and are very un happy who they are

Re: Re. The Parable Of The Truth
SweetKittyCat5
25th Sep 2022 8:30pm
That poetess who is masquerading as a poetess on here hatred of me goes much deep than my comment or my poetic post here my friend.

This poetess has actually taken her stalking and trolling sicknesses to an entirely different level for her to try and smear my accomplishments on my YouTube channel not knowing IP addresses tells alot.. compliments from someone who out of the blue who advised me of this, along with all her other profiles under her name, male and female.

I have remained silent, due in fact that is not my business that is someone's creativity, their expression.

However, you can dislike me on DUP that is your right, no worries. I am a published author, along with my other creative endeavors, but when you reach beyond avenues where I must block you, and you referring to DUP comments from yourself and others, all over my videos... then we have a problem,

Then on here writing a long ass poem out of the blue about someone bullying you to gain sympathy because you cannot articulate something worthy and without merit... that person is deemed a sociopath by my professional clinical standards, when silently is the opportunistic who is parading as women and a man, causing discord, where you have all these members believing you are of earnest, truthful, sane... that is so far from the truth, I have those YouTube comments.

I may not reply with such long flowery replies to people comments on my post to make my words sound sweet and rosy, but you best believe this, you will never, ever, find malice, jealousy, or bitterness in my heart.

I am well accomplishment in my life for that, and too many goals I still have to conquer.

Thank you, my friend, for taking the time to read and the comment. You know I usually keep my contentions to myself, because at the end of the day, nobody truly cares, and why should they, we are only avatars by words, but this has spilled over and that mental unstable poetess should be held accountable for her actions, I was fine until this.

Re: Re. The Parable Of The Truth
SweetKittyCat5
25th Sep 2022 9:18pm
She is mentally sick.. and really needs help. Just because you write like you are sane does not mean you are not clinical deranged.

In my profession I have seen and have counseled far worse, it just is ironic when you have to contend with this on a social site, mainly, when you cannot touch or see a person.

Therefore, I am to deal with the many faces of Eve, and there are so many my friends under many names and catfishing as a man and have been more than one...trust me when I tell you that... and I do not lie for popularity, comments, or for likes... it is what it is...

Read poems by SweetKittyCat5
Re: Re. The Parable Of The Truth
nutbuster (D C)
25th Sep 2022 9:31pm
that I do stay safe my friend have fun

Read poems by SweetKittyCat5
Re. The Parable Of The Truth
Phantom2426 (Francisco J Vera)
25th Sep 2022 7:35pm
You should turn the other cheek, but I also believe you should embarrass this person.  Keep on writing.  I'm here for you if you need me.

Re: Re. The Parable Of The Truth
SweetKittyCat5
25th Sep 2022 8:56pm
Thank you, my handsome poet, for taking the time to read and the supportive comment, but you know I have myself, always.

I do not turn the other cheek, I address the issue at hand, however, I have been in a peaceful state of mind, until this poetess has become a bored nuisance, I assume to herself... and trying to make a living hell out of people around her, not me, and not today.

In times such as this, without losing my composure I will allow lunacy to fall flat on her face, stew in her own ill-fated mental juices, I will continue to be who I am...and that is to uplift the masses, spiritually, mentally, and emotionally. Bringing positive information to eyes to think, seek, and reach, and healing the word the person at a time.

Please enjoy your Sunday, in all that you do and have a super-duper Monday and every day going forward.

Read poems by SweetKittyCat5
Re: Re. The Parable Of The Truth
Phantom2426 (Francisco J Vera)
25th Sep 2022 10:17pm
You enjoy your blessed sexy upcoming week.

Read poems by SweetKittyCat5
Re. The Parable Of The Truth
FATBOY300PLUS
26th Sep 2022 11:51am
Some people will search through a vineyard of the ripest grapes,chewing and spitting but never truly tasting, simply to complain that there were no seeds.
I enjoy both your immediate sweetness
And the flavor of the wine that your vineyard creates
Thank You