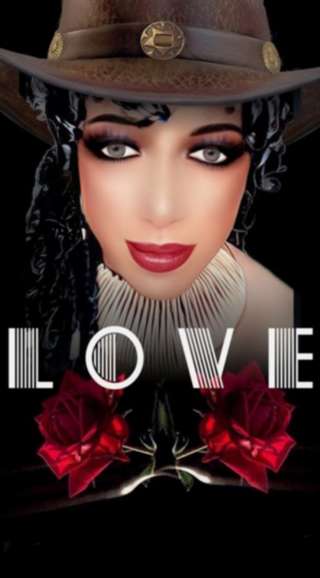 My Queen this motherfucker on the block have been talking cash shit
Who this poser Gee, talking about a Cali hit
Oh, its Nate you remember him from the old neighborhood
Say what…I thought I told him to keep that intel on the down low when we hacked that corpse then buried the remains deep in the woods
Then gutted his crew and cement
And down they all went

He’s been running his piehole all over town
Hum.. is time we brought the pain to his doorstep without making a sound
And bring the crew in on this
I need to see if this booster is still legit after running his mouth about an old hit
I heard he took out his own homie for leaving a witness standing, now ain’t that about a bitch
Say, what’s up with those Cartel boys they been quiet, my Queen
I got the up on those fucks if you know what I mean,
A failed plan still trying to take me out, and from my snitches on the street, they are not as cohesive as they seem
I just got some new high-powered toys for you and my boys

Yah, I peeped that crate my Queen, those bullets can pierce a Kevlar vest, that’s what I mean
Those Russian Cartel dicks won’t know what hit them
And trust me, once we take them all out, all they will be seeing is lullaby dreams
You cross me you will not live another day to steal or kill
My Glock to your body takes care of that the bill

Gee, I been in this game far too long and that’s for sho
Is that why you changed your look to evade the po-po
You know I’m wanted in several southern parts
I like to sneak in, steal your stash, slice that ass into pieces in the cloak of dark
You don't give me want I ask for then I cut out your heart
You may need to put that in a memo after playing your part
Then replay that shit once we make it out with the money, dope, and take some of his expensive paintings of Rennaissance art

My Queen, we need someone's else money
True dat and ainlt a damn thing funny
The Cuban Drug Cartel is standing by their new hit it quit it dope, plenty of zeros just to get a peep
Hum... is it something if we take, we can keep
Flip it, my Queen, then we own the Eastcoast drug empire
And with those weapons' we now got top-notch fire power

You will be the new Queenpin of New York and all the boroughs, selling our products
We set up a dummy account to launder the money and still maintain that street trust
We take over the Bronx and Brooklyn and infest the Queens with our uncut dope
Lie down or stay down, if not, we take you out giving you and your crew no lasting minute rights or come up hope
We blaze these fucks
Until the gun smoke settles that’s what up
Let’s do this shit, Gee
I'm with, you my Queen, vest up, it's time we take from those Cubans then make them bleed
We will blame the war if it escalates into that on the Mexican Drug Lords if need be

Written by SweetKittyCat5
Published 2nd Sep 2022
Like This?
Poems by Author
Author's Note
You know how the hood do this shit.. strap up

The Nun Runner
Comment
#city #drugs #revenge
All writing remains the property of the author. Don't use it for any purpose without their permission.
likes 2   reading list entries 0
comments 8   reads 267
Commenting Preference:
The author is looking for friendly feedback.
Re. Let’s Do This Gee..
Phantom2426 (Francisco J Vera)
2nd Sep 2022 4:59am
I'll  always have your back my Gangster Queen.  We will rule the world together.  Keep on writing.

You ready to blaze some shit.. if so.. then we out.