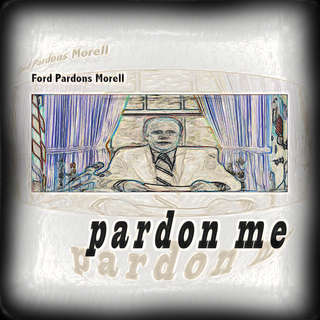 Nixon resigned august nine, nineteen seventy four
joke was he smuggled silverwear
out the back door

Written by nealmorell
Published 30th Aug 2022
Like This?
Poems by Author
Author's Note
'The Baby's Chee-zits' is the religion of money hungry, hateful liars. it twists the bible to justify the deadly sins of murderers and kleptomaniacs.
Comment
#DomesticViolence #freedom #ignorance
All writing remains the property of the author. Don't use it for any purpose without their permission.
likes 1   reading list entries 1
comments 4   reads 141

Commenting Preference:
The author encourages honest critique.
Re. pardon me
JAZZMANOR
31st Aug 2022 00:08am
I feel as if you have taken the words of many of my favorite authors and crafted a treatise on a society in which humanity thrives. I would like to think that a few of my heroes, like Pete Seeger, Paul Robeson, and Woody Guthrie would be warmed, not by the dire straits the world is in, but by people like you who say something about it.

Re: Re. pardon me
nealmorell
31st Aug 2022 1:10am
i am humbled by your comments, and further inspired. thank you so much. born in '66, somehow my heart & mind never quite left the sixties. these men you site, each has a voice that has been personally absorbed, and i've been made fuller by each of them, no question.

Read poems by nealmorell
Re: Re. pardon me
JAZZMANOR
31st Aug 2022 3:08am
Ah so we have a generation in common. I was born in 68, one of the most turbulent years in US history. In between the tragedies of two assassinations came me. My added bonus is my birthday is the day taxes are usually due.

Re: Re. pardon me
nealmorell
31st Aug 2022 2:20pm
perfect! i keep meaning to trace the milestones of my life in terms of our political/economic history. after the assassinations, the first thing i remember politically is watergate. that tied back to the bay of pigs. then, 'the hostages.' cocaine and jelly beans were all the rage when i was in college, which led to iran-contra. the economy crashed in '87 and i graduated in '88. i saw first hand the effects of the CIA pumping crack onto the streets of LA. it's an incredible list that goes on and on. living through 40 years of reaganomics is not good for personal health. after all that we got the Baby, and King Baby is still trying to overthrow all US institutions. it's been all down hill, time to turn that around!