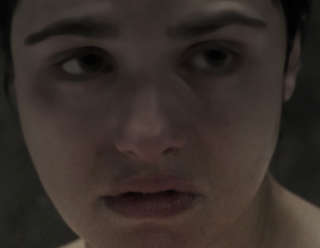 And So It Goes

That instant when a human faces the possibility of ceasing might be the most honest of moments of life. As Yana walked briskly down the dark alley, she held silver coins to purchase medicine for her mother. Her father was a Ukrainian general and her mother was weak from illness and lack of food.

“Halt!” The young man stepped out of the shadows where he’d been watching for any activity in the general’s home.

“Where are you going?”

“To purchase medicine for my mother.”

“I’ve been ordered to see that no one leaves your house. Where is you father?”

“What is your name?”

“I have orders to kill his eldest child as retribution for his war crimes,” said the soldier with a horse cracking in his voice. He pulled a small notepad from his jacket and saw her name printed next to her mother’s and sister’s names.

As Yana absorbed the weight of what he’d said, she looked up into the streetlight and felt the absurdity of it all. How could her charmed existence of less than twenty years come to such cruel ends? How would her family continue without her? What about her new boyfriend and friends at school? Was all of this in jeopardy?

“There’s no need to hurt me,” she said. “I’ll go back inside and not say anything of this.”

“How do I know we’re not being watched? My lieutenant will have questions and he reads me if I lie.”

While staring at the young soldier, Yana’s faith crumbled and fell to the ground leaving her naked to the night. She suddenly saw there was so salvation in the carefully followed religion of her upbringing. She felt deep despair fill her chest at the thought of a permanent and final ending to life.

She saw the absurdity of having saved herself for marriage. She’d made a poor wager and paid too high an ante. She should have given herself before tonight.

The soldier watched Yana’s face twist as if she bit into a bitter fruit. He thought she was beautiful.

“I don’t want to hurt you but have my orders.”

Tears formed at the corners of Yana’s eyes. Two separate streams crept slowly down the sides of her cheeks. Her complexion was pale, but her cheeks were flushed red and glistening from the streetlight in a way that showed the smoothness of youth.

The soldier thought of putting down his rifle and rejecting the authority that dictated his actions. She could run back home. Maybe no one would know. Being the child of a Ukrainian general shouldn’t sentence one so beautiful to death.

He thought for several seconds as their eyes remained locked together. They were two humans caught in a greater conflict than either of them understood.

“Please?” Yana’s voice was weak; a raspy whisper, but he heard it clearly. Her eyes looked into his almost longingly and he thought what it would be like to make love to her.

His finger tightened on the trigger and she sensed it. Her lips parted slightly then tighten together.

The loud crack echoed through the streets. Yana’s face jerked back but her eyes looked steadily into his. Her dark brows lowered with the deep hurt of loss as she absorbed the force of the expanding bullet that entered her chest one inch below her right breast. She stood for a moment, and then dropped silently to her knees still looking at the soldier.

Yana’s head bowed slowly and then she tumbled to the pavement. Her torso folded down hard followed by the soft thud of her forehead against the pavement. Her hands released the silver coins she’d held and they danced across the pavement with a jingle then rolled to a stop.

Yana’s legs spread awkwardly behind her and all was still. Her skirt was tossed up from her fall forward. Her white panties covered her but the crease where her hips joined the back of her thighs shown moist with sweat in the streetlight. The soldier felt embarrassed for her, but was afraid to pull down her skirt for fear of touching her.

The soldier picked up one of the coins Yana dropped. It felt warm and moist. He put it back down on the pavement exactly as he’d found it and then turned away.

As he walked away he felt a sickness in his chest. Kurt Vonnegut’s words from a book he’d read without permission as a student came to his mind.

Written by LostViking (Lost Viking)
Published 28th Aug 2022
Like This?
Poems by Author
Author's Note
Imagining this scene repeated throughout Ukraine in the last six months.
Comment
#death #love #war
All writing remains the property of the author. Don't use it for any purpose without their permission.
likes 2   reading list entries 0
comments 2   reads 103
Commenting Preference:
The author encourages honest critique.
Re. And So It Goes
Anonymous
28th Aug 2022 11:30pm
Immensely powerful and poignantly heartbreaking.... I ache at that idea of this continued scene playing out on repeat... The horrors of War, indeed.