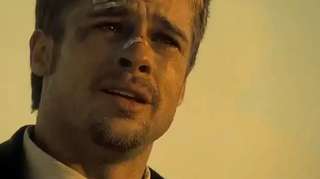 Then there are some, still within the box
Who understand that there must be more
So, some become clever or sly like a fox
While others refuse change or move forward

And they yell, “you know nothing about this box”
While those on the outside watch helplessly
As if the smell seems to seduce the flocks
Others fight back to bring balance, relentlessly

Some scream, “if you don’t like it, get out of my box”
But somehow they fail to see they’re in it together
Spreading like a sickness with no chance to detox
With no vision or forethought on how to get better

Written by wallyroo92
Published 12th Aug 2022 | Edited 29th Aug 2022
Like This?
Poems by Author
Author's Note
What's in the box?
Comment
#inspirational #LifeStruggles #philosophical
All writing remains the property of the author. Don't use it for any purpose without their permission.
likes 2   reading list entries 0
comments 4   reads 50
Commenting Preference:
The author encourages honest critique.
Re. The Box
Bluevelvete
- Edited 29th Aug 2022 9:55pm
21st Aug 2022 7:29am
Those inherent bias! They strangle people, forcing them to never see the actual real reality!

This was a heavy and impactful metaphor. You make such obvious and astute points I wish more people would hear and take to heart.  Do a modicum of due diligence  when it comes to fact checking, instead of feeding into your biggest fears.... alas, those big news corps and especially the politicians/ bureaucrats love to have a scared voting population that only believes what they've told them!! Grrr... it's truly mind boggling...

Re: Re. The Box
wallyroo92
29th Aug 2022 9:05pm
It's pretty frustrating because those of us in the know will look at each other like WTF is happening while trying to resolve the issues.  I've always tried to think out of the box when it comes to practical solutions even if they are not part of our norm, but that's how we evolve. It's a changing society. That and I had a lot of rhymes for box.

And yes, Brad's line (though shocking in the movie) just seemed appropriate to help bring a little levity.

Thanks for commenting. I was getting a little worried there that no one saw this message.

Re: Re. The Box
wallyroo92
29th Aug 2022 9:06pm
Thanks bk. I'm always on the look out for those who are outside the box because they may be able to see/hear things we can't down in the trenches.