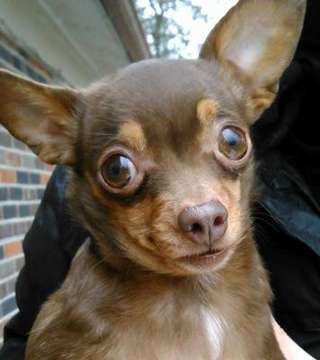 When I adopted you in 2013, Chihuahua dogs quickly became my favorite breed.
You died seven hundred and thirty days ago and it hurt, it hurt very much indeed.
I named you after a very special woman who was my mother.
When it comes to owning a dog that's as terrific as you, there can never be another.
I knew you would eventually die but I didn't know that your death would be so near.
Your death occurred twenty-four months ago today, you've been dead for two years.
You were my dog and the love I felt for you can't be measured.
Pets don't live forever, while they live, they should be treasured.
Every pet owner will eventually have to face the pain that I experienced on that dreadful night.
You were like a daughter to me and the thought of losing a pet sure does cause a lot of fright.
I see dogs being sold for over three grand at a pet store in the mall.
But they aren't as special as you were because you were my baby doll.

Written by randyjohnson
Published 11th Jul 2022
Like This?
Poems by Author
Author's Note
Dedicated to Agnes (2011-2020) who died two years ago today on July 11, 2020.
Comment
#animals #anniversary #death #dogs #nonfiction
All writing remains the property of the author. Don't use it for any purpose without their permission.
likes 0   reading list entries 0
comments 0   reads 56
Commenting Preference:
The author is looking for friendly feedback.