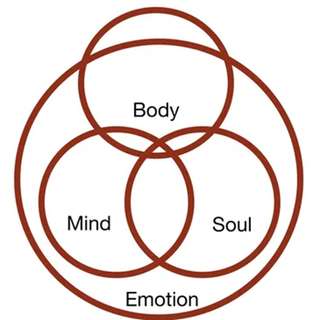 I often wonder, is there ever a right time to take a bow in life, does it come at a pivotal moment when we have achieved our aspirations, and have maintained our common goals. After that feat has been achieved, does the core of the mind supposed to sit idly by and relish in its greatness, or do us, as human beings continue to expand our minds to seek other venues of possibilities.

Is the core of our belief in the mind the beginning of inner happiness? Is contentment found in the heart or frazzled by the culprit of the thinking process and the dogma of its allowance.

Two generalized questions that most do not even realize they make submitting to the theory of both.

I was reading someone’s concerns just the other day, and a self-question summarized in the person’s afterthought, questioning of self, in more lament terms. If I see myself happy in my mental state of existence, then why do I allow others to see me differently.

That is a powerful question we at times seem to ask ourselves and rely on others to give us the interpretation of their final answer.

Either way, they become detrimental to one’s sense of healthy welfare and a liability to their existence.

For me personally, sometimes you must address occurrences in your life as they present themselves, no one man, woman, or child should ever be ousted by the fallacies of someone’s else sordid analysis to give supremacy to the intellect of another person's presence.

I have seen that mode of mentally fester, and it not only draws you into a dark place, but it keeps a person’s inner glow from shining through for others to see and accept.

In my college studies, and then during my residential internship there were so many mental health cases I had to study in the dynamics of Forensic Psychology of how the innocence had followed the path of their mind, in the form of retribution onto society, soothing their malevolent actions in the form of theoretical jargon, the devil made me do it, they had it coming, or I tried to refrain but I lost my mind.

I stated that above, regarding the recent mass shootings that have been making the news as of late.

And in the credibility of these repeated incidents, most were mild-mannered, no criminal history, and in some instances, mentally unbalanced.

I never understood the question, I never seen it coming, there are always signs to a person who hides himself/herself in the bed of their own darkness. It is called denial to any observant if you are not attuned to know what to look for.

This world it is getting meaner; mass shootings, fighting on planes, killing thy neighbor, it makes one ponder is evilness gaining ground.

Most people in population are not walking around in the right state of mind. Conflicting attitudes in the way we look at society, how we judge others, it places us at a disadvantage when dealing in the real sense of reality.

I could not begin to speak on being misplaced and succumbing to an indirect mindset on those who have locked their identity behind the screens, from your TicK Tock platform to any social media outlet.

Have we as mortals made our homes, our livelihood, or sense of peace by keystroking, building up falsehood illusions in a world that does not rotate beyond our computer chairs.

I am seeing so many young ones, who have embraced virtual as their sense of reality, from shopping to online dating, ranting, shows of downfalls. And lewdness in all its vividness being recorded from a cell phone, and it is now becoming the norm.

Are we on the throne of a new dawn era whereas, we are losing that physical connection among each other, the sounds of vocals to soothe the mind, and missing the receptive equation to respond?

It is disarming, if you have not noticed in passing when families are gathered around a table out eating and it appears, two or more people seated are on cell phones, non-communicative by their presence is saddening to me.

These are the youths who are commenting heinous acts of violence and recording the slow process of death.

Ideals and acceptance in my culture and homelife has always started at the table, it fosters the notion, you are acceptable by your peers within, as the outside world still exist in its simplicities or complexities of its glory.

Therefore, above all, love yourself, you are the face of your own beautiful DNA, the sacred code to your existence in this realm we call life.

And never, ever allow anyone to get into that space, it’s yours to own, and to program how you want to be accepted by self first, and I say that on a positive tone.

Signs Of An Unbalanced Heart Charka

This has been a Straight Talk Live for you.

You are the reflection of your soul and the heart and mind of your spirit, feed them both well with the simple things in life, love, and peace.

Written by SweetKittyCat5
Published 10th Jul 2022
Like This?
Poems by Author
Author's Note
A desire to be in charge of our own lives, a need for control, is born in each of us. It is essential to our mental health, and our success, that we take control.

Robert Foster Bennett
Comment
#humankind #MentalHealth #philosophical #TruthOfLife
All writing remains the property of the author. Don't use it for any purpose without their permission.
likes 1   reading list entries 0
comments 6   reads 176
Commenting Preference:
The author is looking for friendly feedback.
Re. Straight Talk Live (Signs Of An Unbalanced Heart When Minus The Cr
nutbuster (D C)
10th Jul 2022 5:53pm
my friend the heart is the sole of mankind it tells us when to run and when to stand our ground as this are my thoughts on this beautiful write of wisdom

Re: Re. Straight Talk Live (Signs Of An Unbalanced Heart When Minus Th
SweetKittyCat5
11th Jul 2022 3:23am
This musing is a calling to the heart when it is unbalanced and how it affects the mind. Have you ever done something and said, my heart was just not into it, but your brain convinced you to go along with its wishes.

Now if you place that emphasis on your everyday common occurrence and when your heart and mind is not aligned it could bring consequences, and that is what I am finding in many cases of mental illness cases in past studies. The heart is the core of carrying the emotions and the mind is the culprit of processing its actions, its sentiments. It becomes complex when you begin to depict all the variables when they become unbalanced.

Thank you, my friend, for taking the time to read and the pondering comment, in as much, you have raised more questions to the equation.

Enjoy your evening and have a spectacular week on the horizon

Read poems by SweetKittyCat5
Re: Re. Straight Talk Live (Signs Of An Unbalanced Heart When Minus Th
nutbuster (D C)
11th Jul 2022 8:42am
yes once go to work and did not stay home that day my world turned upside down

Re. Straight Talk Live (Signs Of An Unbalanced Heart When Minus The Cr
Phantom2426 (Francisco J Vera)
10th Jul 2022 6:07pm
Nice wisdom and information.  People take care of yourself and your heart so that you live a long and prosperous life.  Keep on writing my Queen.

Re: Re. Straight Talk Live (Signs Of An Unbalanced Heart When Minus Th
SweetKittyCat5
11th Jul 2022 3:12am
That is the concept of this musing. If people in society will take care of their own destiny and discontinue wandering about someone’s else path taken, this world be such a better place to coexist. And by the society getting much disoriented, we must keep our faith that much more, or fall by the way of the heathen.

Thank you for taking the time to read and then adding such an encouraging comment, my handsome poet.

Please enjoy your late evening and I am biding you’re a gracious week ahead.

Read poems by SweetKittyCat5
Re: Re. Straight Talk Live (Signs Of An Unbalanced Heart When Minus Th
Phantom2426 (Francisco J Vera)
12th Jul 2022 4:24am
Talk to you is gratifying.  You enjoy your blessed week ahead.