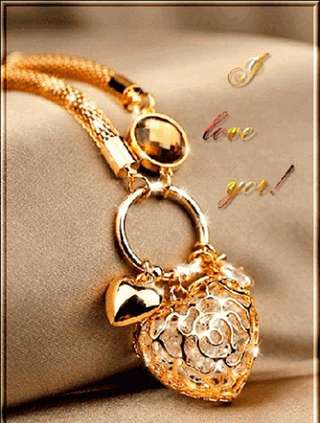 Unto My Heavenly Father...

This particular incantation is about the wickedness of the human heart and sometimes, yes God uses his most humbling servants to do battle to balance the scales of good and evil, therefore, sometimes you most utilize the tongue of evil and the sword to castrate the wicked tree to make room to sow the reaping of good harvest.

In a better sense of judgment, take Lucifer the highest and most Cherub in Heaven until he tried to overtake the third Heaven upon where God sits.

It was his envious not as he stood as the highest, but the knowledge, and spiritual wisdom he did not ordain by his hand but found in the knowledge of the Creator.

Can you image Lucifer knowing who stood in the upper class of Heaven, yet he could not give life or ordain the bylaws of spiritual reincarnation, he could not confess out of his mouth, sacred incantations to bestow the Angels as the roamed in seeking to balance the throes of Heaven.

Such a harden jealous to sit by and watch miracles of the tongue when his was silent to manifest, for him to realize he was limited, it became the comfort of his hidden bitterness.
One cannot find favor in divine righteous for which one does not possess, and that empty allotment became Lucifer’s catalyst, of his weakness to stir trouble water.

Into the darkness he was casted, metaphorically speaking, I never did like the darkness and what it stands for, you cannot see the gifts of the light, or feel the warm of the sun on your skin.

Whereas God ordained Archangel Michael and Archangel Gabriel to fight Lucifer and his Angels resulting of him being ousted out of Heaven and taking one third of his Angels with him.

Once in the fiery abyss, he become Satan, a devil in disguise, and those wicked Angels upon this earth they do roam confusing the masses by influence or by deception, abiding unto and their treacherous satanic father, whom we must indirectly deal with on daily basis.

Lucifer’s Delight Led God to Forged Him Out of Heaven As an introduction of God, we all know that Lucifer used to be created just right (Genesis 1:31; Ezekiel 28:13). If truth be told, Scripture asserts that Lucifer began out as “innocent” in all his tactics, and because the type of perfection, filled with knowledge and highest in good looks (Ezekiel 28:12-15).

The acts by gun violence, knife, medications, and technology, the grimness of evil for wish you can touch, taste, or feel.

The mind is the synagogue of your temple that manifests the trench of malevolent.

No one starts out evil, it is like a cancer, it starts as a minuscule and then it spreads rapidly, and when it does poison its course, it takes other embodied healthy minds of people with it to join in the wrath of its detrimental journey soiling the path in its wake, but unfortunately never the source its origin (the person itself).

In life, ordained swords are meant to take down or cut at the roots the causes of discontent slowly, not by wicked deeds but by the word of the tongue, and since I never needed a sideline, silence has always been my greatest reward and with my convictions of the sacred practices, in addition, with the grace of God, I am comforted by that alone.

Sometimes it can be insidious in its amazement when eyes must sit idly by and witness immorality, when it is not of the greater good, but our Creator does not manifest His better judgment as a human mind would think.

That is what is meant by, “It’s God’s will”
In as much, thy will shall be done on earth as it was in Heaven

Regarding a fallen Angel, we all fall short in the glory of God, once out of the womb we are birthed in the universal of sin, not by being an infant, but by the sinful deeds of man, or these days a woman.

I have incorporated my Sunday posted poem upon the answer for which you have inquired, and I hope I was able to shed some insight.

Have a blessed day and if you are a father, Happy Father’s Day to you.


"Happy Father’s Day to all the fathers who have created from his loins, the greater seeds for which he has have sowed, who now stands as a blessing unto the face of the earth, where if he is living or deceased, he shall remain proud."

Written by SweetKittyCat5
Published 19th Jun 2022
Like This?
Poems by Author
Author's Note
This post was a direct answer to a question, Poet CanisInc-Untis graciously asked me regarding my poem, A Stink Bomb Has Risen From Hell

SKC
Comment
#humankind #philosophical #religion #spiritual #TruthOfLife
All writing remains the property of the author. Don't use it for any purpose without their permission.
likes 3   reading list entries 0
comments 9   reads 147
Commenting Preference:
The author is looking for friendly feedback.
Re. Unto My Heavenly Father...
molon_labe
19th Jun 2022 4:15pm
A beautiful response to CanisInc-Untis' inquiry, Lioness.   A Happy Father's Day to all the parents filling the role, regardless of situation or gender,

Re: Re. Unto My Heavenly Father...
SweetKittyCat5
20th Jun 2022 00:13am
That is a very beautiful comment my poet, and coming from you, I certainly feel honored that you have inscribed your approval upon my canvas, thank you, from my heart to yours.

Please take the time to enjoy this Father’s Day in all its splendid glory and may the future hold you in the warmth of its compassionate embrace.

Have a prosperous upcoming week in al that you do…

Read poems by SweetKittyCat5
Re. Unto My Heavenly Father...
Phantom2426 (Francisco J Vera)
19th Jun 2022 4:27pm
Nice dedicate to all the fathers.  Happy Father's Day to all Dads.  Enjoy this day talking with your family.  Keep on writing my Queen.

Re: Re. Unto My Heavenly Father...
SweetKittyCat5
20th Jun 2022 00:18am
Thank you, my handsome poet for taking the time to read and then scribbling a compassionate comment to praise all the fathers on such a special day in time.

I wish nothing for you other than a relaxing evening, and a productive week as each day goes forward in time.

Re. Unto My Heavenly Father...
nutbuster (D C)
19th Jun 2022 4:40pm
the man was given the choice to fallow or hide or better free will at times wish that we had not been given this freedom in the cases of all the young kids being killed by a hand that has no moral thoughts of life. they follow the wrong belief life is a precious and not to be tossed away like a piece of trash

well-spoken my friend is strong and to the point

Re: Re. Unto My Heavenly Father...
SweetKittyCat5
20th Jun 2022 00:27am
Man has been the failing of his own demise since the creation of time. In a much, wickedness has taken the time to permeate our minds where evilness is more acceptable to the naked eye than good.

It is best to follow your heart, then at times listening to the mind, and feel with heart and do not speak with the mind, make sure you mentally digest that proverb very slowly, that is a saying my grann says at times.

Thank you for reading, my friend, it is always truly warranted in merit.

Enjoy your evening and have a safe and sound upcoming week ahead.

Read poems by SweetKittyCat5
Re. Unto My Heavenly Father...
Solomon_Song
25th Jun 2022 6:08pm
Satan is no father except of lies.

Re: Re. Unto My Heavenly Father...
SweetKittyCat5
2nd Jul 2022 4:18am
You are correct, my wise poet, and I apologize for the last response, he is a manipulator using own weakness against us.

Thank you for reading and scribbling such an insightful comment.