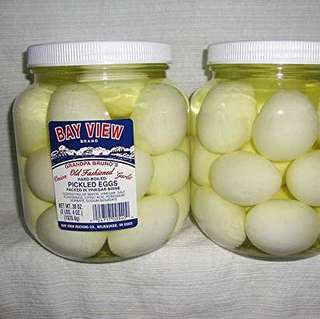 I wrote the following for Charlie Daniels, but unfortunately, he passed away. "He was as Ameri'can as rhubarb dumplin's."

"Footprints in th' molasses told me yo' had bunions an' then ah noticed, yo' had two. But it was love in th' sugar kane stickin' t'yer ass thet turned mah heart true."

Ma was in the kitchen listen to the electric radio. Whipping up some hair tonic and salad dressing. "Git Mayonaise Oil, Herky, keep yer hair lookin' sheen. It's full of egg's an' butter, an' made fo' collard greens."

"Yo''d not believe th' fuss thet was made at Th' House of Grits. Someone used a HOG parkin' spot resarved fo' Kid Rock. Shet mah mouth! It was plum se'fish an' uncalled fo', only t'pick up two pickled eggs." I later apologized.

"Ah was pickin' up th' eggs fo' mah noo sweetie. It was said th' she c'd suck th' tires off a 16-wheeler but she gagged on mah pa's John Deere tracko' an' back hoe."

I met her when she was running plum naked through the butter beans and turnips aisle at the Feed and Grain store. She told me that she found the lord and 12 apostles.

Later all alone in the woodshed, as she gave me head. Suckin' my  pimple until I shot my gun.

Written by adagio
Published 9th Jun 2022 | Edited 10th Jun 2022
Like This?
Poems by Author
Comment
#funny
All writing remains the property of the author. Don't use it for any purpose without their permission.
likes 0   reading list entries 0
comments 0   reads 50
Commenting Preference:
The author has chosen not to accept comments.