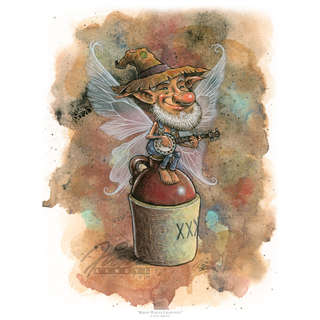 Jest one week ago th' veterinarian had installed one of them ereptile implants in mah scrootom along wif an innertube air valve t'pump me up. He threw in a bicycle tire air pump t'save me a dollar.

"Ah was in a crawdad state of mind, cuss it all. Bein' a redneck is not racism  dadgum it. It's about whut type of sausage yo' prefer. It goes beyond beer  o' carnal impulses o' ha'f-clothed wimmen screamin' an' sling'in' their step-ins at a bass git-fiddle pluk'er." I say. "Hey, dude, git off mah okra. Aah pay  mah sales taxes at th' bowlin' alley like ev'ryone else, even eff'n Ma was  "pinsetter of th' munt."

I had married everybody's sweetheart some years ago after she sold her massage parlor on eBay. She told me that her toes were getting sore from all the back-scratching. We honeymooned on the road where she sat sidesaddle on my Knucklehead Harley.

"Destinashun a licensed nudist screenin' colostomah at an Oscar Mayer an' polyps facility."

I ask her, what pilots had to do with a nudist colony?

At the motel in which we floundered was a convention of Botanists. In the lobby, a Venus flytrap open its maw and gave my ass lip burn. I think it thought my tattoo was a real butterfly. I saw no humor in the act and threaten a lawsuit.

My butt became infected and the house doctor applied the gel that Spam is packed in. Now all the dogs at the nudist colony follow me.

Written by adagio
Published 8th Jun 2022 | Edited 9th Jun 2022
Like This?
Poems by Author
Comment
#funny
All writing remains the property of the author. Don't use it for any purpose without their permission.
likes 0   reading list entries 0
comments 0   reads 76
Commenting Preference:
The author is looking for friendly feedback.