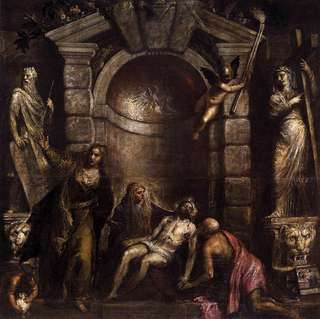 My favourite author and book
Flannery O'Connor is my favourite author, by far. There are too many books to name a single favourite or even a list of favourites, but an obvious one for me is O'Connor's The Violent Bear It Away, a Southern Gothic (though I think that she hated the term) novel about the raising of a Christian prophet. Another obvious one is the Bible, King James edition. I love English literature, and it's not just the Bible, it's the Bible of the language that I'm writing in now.

My tastes tend to run to the Gothic, so a lot of my favourites tend to be either English Victorian-esque or American rural. A favourite of literary criticism is Harold Bloom's Genius (a study of various literary geniuses throughout history) and really anything Bloom wrote. As a popular speaker, he was pants, quite honestly. Couldn't understand popular writing if it jogged up and slapped him. But as a guide to the canon, he's indispensable. Forget what he says about Stephen King, Sylvia Plath, et al. Focus on what he says about William Shakespeare, Jane Austen, etc.

As for novels, there's Jonathan Strange & Mr Norrell by Susanna Clarke, to my mind the best "genre" novel of the 21st century. There are the Collected Ghost Stories of M. R. James, the Collected Poems of Philip Larkin, ditto Emily Dickinson, Langston Hughes, Anne Sexton, and Stevie Smith, and The Insanity Defence by Woody Allen (a collection of his comedic essays and short stories), The Comedians and Brighton Rock by Graham Greene, and most things by Patricia Highsmith, Ian Fleming, Roald Dahl, PD James, and Ruth Rendell.

This is a pretty good sampling of my personal "canon", I think.

The book I'm reading
Moloka'i by Alan Brennert, a novel about a girl growing up in late 19th-century Hawaii.

The book I wish I had written
None, really, except my own.

The book I couldn't finish
Plenty, though not always for reasons of quality.

The book I’m ashamed I haven’t read
All and no books, I suppose. I don't think that shame is really a useful motivator, at least when it comes to reading.

My favourite film
Too many to name, but some favourites include The Exorcist, Midnight in Paris, Kill Bill Vols 1 and 2, The Rocky Horror Picture Show, Total Recall, Some Like It Hot, and The Thing. I like films that are very filmic if that makes sense. I like a big sweeping canvas on a cinema screen, which means that the makers are utilising all that they can to create a cinematic experience.

The box set that I’m hooked on
I'm not good with television, at least not in its current format, by which I mean that I don't enjoy "box sets". I like television that is televisual, by which I mean proportioned to the size of a television. I like shows that are episodic in the sense that stories are restricted to one or two episodes at a time. That's probably why the shows that I do watch now (and that are new) tend to be cartoons.

My current favourite show is Smiling Friends, which I discovered through clips on YouTube and is produced by several personalities from that website whose work I enjoy. It's about a couple of guys who work for a company called Smiling Friends, whose aim is to make people smile. The humour is what I think of as dark but silly, or sweet but sour. I think it's brilliant. Funny, moving, a little scary at times, all in a neat little package.

My favourite piece of music
Far, far too many to name. I don't really consume music in a way that would lend itself to having a favourite "piece". As with all art, I like that which elicits a genuine emotional response, no matter how deep or shallow. Even if the emotion is just "I'd really like to move my arms right now".

I enjoy listening to rock and pop for creative purposes. Music with a fast beat and deceptively simple lyrics stimulates my imagination. The Ramones are a particular favourite, I suppose. "The KKK Took My Baby Away" is a beautiful song. "Don't Marry Her, F*** Me" by The Beautiful South, ditto.

The last song that made me cry
I can't remember, but I'm going to say "Disorder" by Joy Division just because that's a song that's helped me out of emotional numbness in the past.

The lyric I wish I'd written
“Parting is all we know of Heaven, / And all we need of Hell." [Emily Dickinson]

The song that saved me
I might have to go for "Disorder" again. I was, for a time, obsessed with Ian Curtis, just as I tended to be obsessed with all kinds of "difficult" artists when I was younger. "The pleasures of a normal man" is a phrase from that song that sticks with me. Thinking about Curtis fills me with a hard but oddly beautiful kind of sadness. I wish he was still alive.

The instrument I played
The triangle. And that's about it. I love music but have never been compelled to learn an instrument.

The instrument I wish I’d learnt
The piano, purely because I like the idea of showing off on one.

The music that cheers me up
French and New Orleans jazz. What I think of as "street" jazz, I suppose, where it's either upbeat and finger-snapping or soft and gentle. In either case, you can imagine a busker playing it as you wander down a boulevard.

If I could own one painting it would be...
Pietŕ by Titian (pictured)

The place I feel happiest
Anywhere cool and quiet, with many well-lit rooms and places to sit. I love museums.

The film (and concert) that I’m looking forward to
Men, the new horror film by Alex Garland, director of Ex Machina and Annihilation.

I wasted an evening watching...
Your mum. Just kidding.

Written by Casted_Runes (Mr Karswell)
Published 5th Jun 2022
Like This?
Poems by Author
Author's Note
Questions have been adapted from those on this webpage (the full article is behind a paywall): https://www.thetimes.co.uk/article/my-culture-fix-zadie-smith-0w3vm63n2

I sometimes post these...
Show More
Questions have been adapted from those on this webpage (the full article is behind a paywall): https://www.thetimes.co.uk/article/my-culture-fix-zadie-smith-0w3vm63n2

I sometimes post these culture fix questions in the forums, just to get people talking about culture and their personal interests. I've had... mixed success with this. I like answering the questions myself because they help me to gauge what my own current interests are. It's sort of like a culture diary, for me. I hope that you enjoyed this little peek at my diary.

"An entire life spent reading would have fulfilled my every desire; I already knew that at the age of seven." Michel Houellebecq
Show Less
Comment
#nonfiction
All writing remains the property of the author. Don't use it for any purpose without their permission.
likes 2   reading list entries 2
comments 2   reads 80

Commenting Preference:
The author encourages honest critique.
Re. My Culture Fix
Indie (Miss Indie)
5th Jun 2022 7:07am
I really enjoyed reading this CR, it makes me want to write up my own. It's so interesting where people find their inspiration and loves and how those can still be very different from our own artistic vision and practice.