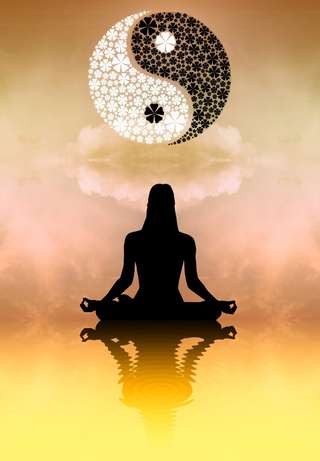 Dwelling in the dominion in the hues of midnight
Baring the burdensome credence of me, myself and I, walking the naked journey as you give authority to the worth of your steadfast plight
You are you, and I am me, no need to compete with the path of your own feet
Implementing its mendacity discernment of consolation
Only the distorted revelations of self, dims the accountability, acceptability of the path of one’s cognizant vibrations
Insights of the soul conveying into the darkness of its Heavenly meditation
Resting in state of awareness, closing your eyes to veil the world’s calamities
Evading the realm of the fifth dimension, asunder of mind, body, and soul in celestial influence, elevation of the Sahasrara in the sixth
Seconds and minutes, brings no blessings upon the awakening of its guarantees

Intellect neuron transmitters thriving at the peak of dawn before the alliance of body and soul remerge
Heart palpitations faint as the body christens itself as it emotionally purge
Dream state to lands before the Ying and Yang of time
A visage of nostalgia once you open the portal of that third eye
Evolution in its purest refraction
Embryonic kindred from the womb’s elapsed Deja vu with each uterine contraction
Pushed out the warmth of divine amniotic fluid in the Creator’s name
The commencement of your fate, is yours, unto destiny to ordain sympathy, morality, or shame

The wonderous of that traveling energy of our aura upon respirations we will always posses
Astral projection in the synagogue of another sphere, unlocking the meaning of life, breathless in the shadows of death
Ascertain to the awareness of self this is the only beginning of our wealth
No such definition of failing the simplistic of humanity’s test
Begging your conscious to put an end to it all
Rebirth in the realm of Karma, your principle of living is the noose of Hell tenfold worse than the first fall

In the cathedral of reality and virtuality when the presence stands in the sun
Ideals, notions, success, no spiritualism to sustain, a fruitless gallop while on the run
The only departure you will reap is being looked down upon and read of our deeds from off a eulogized piece of paper
Beautiful flowers of baby breath, with white roses and entwined Heather
Heads bowed in a ceremonial cremation or carried away in a beautiful pine box
Barren supine vessel, spiritual ascending of an earthly gift to now spiritual unlock
Life is to live, love, with laughter, and give receptive cheer
And cleanse the soul with fallen tears
So many people come to lay their burdens on altars and then raise up
Communion to erase debauchery by sips of salvation from an ordained cup

Hemispheres of the brain kissing the enlightenment of the subconscious
Sublime in quantum bearing the fortitude of our essence
and all its beautiful receptions whence
Melatonin coated in the perception of the three wise men is where the presence of true intellectual stand
Fortified and found in the hypothalamus, pituitary, and the pineal gland
Tao is the universal’s blueprint
Reopening of eyes and surviving this facet is measured upon how we circumvent

Written by SweetKittyCat5
Published 28th Mar 2022
Like This?
Poems by Author
Author's Note
“If you have a good idea, use it so that you will not only accomplish something, but so that you can make room for new ones to flow into you.”

Taoism
Comment
#humankind #philosophical #spiritual #Taoism #TruthOfLife
All writing remains the property of the author. Don't use it for any purpose without their permission.
likes 5   reading list entries 1
comments 11   reads 187

Commenting Preference:
The author is looking for friendly feedback.
Re. TAO
Phantom2426 (Francisco J Vera)
28th Mar 2022 1:53am
The universe has aligned for us my Queen.  Keep on writing.  You have awoken my spiritual side.

Re: Re. TAO
SweetKittyCat5
28th Mar 2022 2:10am
This musing was inspired by the soothing of a deep meditation session, while elevating my mind, body, and pampering the core of my soul, in a blessed awakening moment

And I thank you sincerely, my handsome poet for taking the time to see what inspiration I gathered from listening to the winds of Mother Universe... Just remember you learn a lot about silence when the mind is quiet, the heart is pure, and the soul's energy is revolving

Thank you for taking the time to read as well, and the most rewarding comment

Enjoy the stirring of the Creator's element of this creation, and be blessed in its abundancy

Read poems by SweetKittyCat5
Re: Re. TAO
Phantom2426 (Francisco J Vera)
28th Mar 2022 2:28am
I am enjoying myself talking to you.  Enjoy your week and stay safe out there.

Re: Re. TAO
SweetKittyCat5
28th Mar 2022 2:54am
Wow, and I only use that sentiment, when I am speechless in gratitude my poet, and you have earned that thankfulness, and that praise of admiration expands to you reading as well

In addition, thank you for reading and the Wonder Woman vote of poise

Re: Re. TAO
SweetKittyCat5
29th Mar 2022 3:26am
Ahh... my favorite sentiment...  the brevity of your comment has made this poetess proud, and I thank you with all sincerity for taking the time to read in general...

My spoken word poet, I do hope your Monday was successful in all that you have partaken in, and I am wishing for those accomplishments to carry over as you await the arrival of Tuesday

Re: Re. TAO
SweetKittyCat5
29th Mar 2022 3:16am
Thank you, my friend, for taking the time to read and then adding a gracious comment,