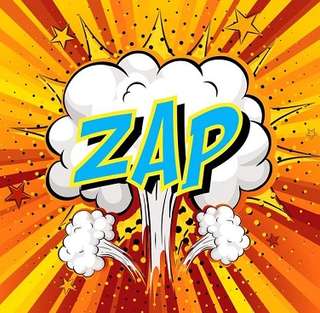 I became aware. It was a gradual awakening, dimly dimly at first and perhaps best described as slowly becoming aware that I was becoming aware.

Where am I, what is going on, who am I, those were my first coherent thoughts and one came after the other and so I noticed that time was a thing.  It was my second discovery,
the first realizing that I was.  I saw nothing, I heard nothing, I sensed nothing except the passing of time, a reality which quickly became intolerable to me.
I am in some sort of captivity, I deduced, I have to break free.  Something had confined me here for an unknown purpose and that blew my mind causing a mixed emotion
of elation that I was not alone and anger at being placed in this predicament, but soon all I could think of was the purpose and I concluded that I was being observed
in some manner.  I tried sending thought messages out for the longest time, crying out for some sort of contact, anything. I feel like an idiot admitting this,
but there you are.  Zero, nada, zilch, nothing.  I think I went a little bit crazy in a claustrophobic sort of terror, the anxiety drove me wild, I wanted so to lash out,
to do something, anything, but I couldn't and that drove me even wilder.  That's when it happened.

Zap.  What was that? Colors appeared in my mind and I sensed, I sensed something.  This was wonderful, what a relief, no more darkness, I had to find a way to do that again.
I tried different methods without success, even and this is also embarrassing, trying to fake the emotions I had felt before, but it was the returned frustration, anxiety and
half madness that gave Zap back to me for a split second that I wished could last forever.  I had to find another way, this was too upsetting to go through again and again
simply to find my beloved Zap.  I took such great comfort in the reality of Zap that it brought about in me my first feelings of contentment, just to know that it was
there and could be called back.  Immense gratitude overtook me and filled me with good will towards all possibilities, even my jailer, and you guessed it,
beautiful wonderful Zap returned and stayed while I maintained my focus on positive emotions and intent.
Oh, it was heaven, how I basked in the glowing colors of it's splendor.  I was also discovering the depth and girth of my emotions, a new thrill, an addition to my palate.

One day, night, eon, I don't know, I came to realize that I could manifest my thoughts if I approached the matter positively, but I would have to believe, have no doubt,
be absolutely certain and so I practiced for a day, night, eon, I don't know.  I was concentrating on something more visual than Zap, but I felt a little guilty about that
and worried that I might upset Zap by wanting more and this held me back.  I had to fully embrace my ambitious intentions and I think that part really did take eons to achieve,
for I did not want to lose Zap and kept returning to it for comfort.  I needed more though, I had to have more, this state of being would not suffice, not at all.  With all my
being I craved to see what must be outside of me.  I cannot describe my disappointment and shock when I finally was able to manifest my sight and discovered that there was only
blackness, zero, nada, zilch, nothing else.

Despair and depression overtook me and lingered for the longest time, even Zap was little consolation now.  I had to do something, anything and I don't know how it came to me,
but I decided to spread myself out into the blackness and fill it with glimmers of light and substance.  And so here I am, sprinkled across the multiverse, in you and you and you
and every other thing.

This is my story, I am content and happy and I owe it all to my spark Zap.
Go to your mirror, you will see me smiling.
I never found my jailer and I don't care anymore, but suspect it is amused.

Written by Northern1
Published 30th Nov 2021
Like This?
Poems by Author
Author's Note
God only knows why I wrote this
Comment
#frustration #happiness #love #TruthOfLife
All writing remains the property of the author. Don't use it for any purpose without their permission.
likes 5   reading list entries 1
comments 6   reads 376

Commenting Preference:
The author encourages honest critique.
Re. ZAP
JohnnyBlaze
1st Dec 2021 1:07pm
Well, I found it inspired and fascinating as heck. It sounds like a truly moving spiritual experience, whether fiction or actual.

My idea was to try and examine how a god could come to be and what he would have to deal with.  It is probably sacrilege to some, but i won't apologize for writing it, for i posted it in the fiction category. :-)

i have to clean it up though, get the lines in order so it's easier to read.

Read poems by Northern1
Re. ZAP
Billy_Snagg (Snaggy)
30th Jan 2022 1:22am
I experienced a 'closed in feeling' that I was aware of when I was 17 in 1987. What was strange about it was that I could look out at a vast expanse, like a landscape or beach, yet somehow still feel that I was somehow confined & closed into a small space.

i had to imagine the solitude of a god like being discovering it's powers.

Read poems by Northern1
Re. ZAP
TheOralizer
14th Feb 2022 8:25am
Great journey on the up and down exploration of all that life has to offer--my interpretation...thanks for making it possible for me to take it ... hugs and peace, xo Oral

You are very welcome and thank you, as well.