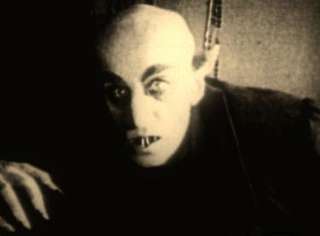 á Emagene don't care nothing 'bout you," he said.
á á á "I got a hickey on my neck says differnt," I told him.
á á á "Ain't."
á á á I pulled my collar down so that his eyes might fall upon the deep purple bruise Emagene had put there not two hours prior.
á á á I could see the hurt in his eyes and felt a little sorry for him.
á á á "Coulda been anybody sucked that hickey," he said. "Knowin' you, coulda been a man."
á á á "Ain't no man lest Emagene is one. That gal hung on me like a tick."
á á á áAnd that's when he swung. He was going for that famous first punch -- the one that ends the fight before it starts -- ábut I'd been watching his hands and saw the clinch. I blocked his shot to my jaw and threw a punch of my own -- a fierce, hard knuckled jab to the gut.
á á á Benny folded and I let him catch my knee with his face.
á á á He sprawled back, his nose like a smashed pumpkin.
á á á Ideally I'd have been on him like a bobcat, but my dang foot caught a root.
á á áMy face hit mud and Benny was up before I could blink, ástomping me at will until he was satisfied.
á á á I swear that fucker left me for dead.
á á á And then I just lay there, too beat down and broken to pull myself up.
á á á And soon night was upon me, damp and cold, and with no moon to speak of.
á á á The thing landed on me light, like a bird, or a bat, and I thought maybe a vulture had took me for dead meat, though they don't fly at night, and I rolled my poor body over that I might push that foul bird off, feeling every bump and bruise my ex-best friend's boots had delivered.
á á á I only glimpsed it before I felt its fangs push into my jugular -- pale as a corpse but fleet, and strong. it pinned me to the ground, its bony fingers a vise on my arms and its eyes like a wild dog's, and I knowed what it was and what was going down, and I felt my life ebbing as that thing sucked fiercely at my throat.
á á á And it was too late to panic, and too late to fight, as I was almost dead.
á á á "Don't kill me," I said, hearing my voice as though somebody else was talking. "Make me one instead."
á á á And I heard the thing snicker
á á á "Hillbilly fucker," it said. "You'll wish different when the sun hits your bony ass."
á á á And it released its grip, áwiped my blood from its ugly maw and then, just like that, it was gone.
á á á I lay still for a minute, and I could feel its sickness swirling through me, and then the hunger hit, a craving like none I'd ever felt, and with it come energy that lifted me out that mud light and spry, and I could see the pulse of Emagene's neck clear in my mind, and headed straight for it, sailing through the night easy as you please.
á á á She'd let me in, I knew, and I'd put a hickey of my own on that gal's sweet neck.

Re: Re. HICKEY
javalini
26th Oct 2021 1:05pm
Thanks, Cipher, for reading and commenting.
It was fun to write. Perhaps less so to read.
Your comment is encouraging.
Thanks again.
J.