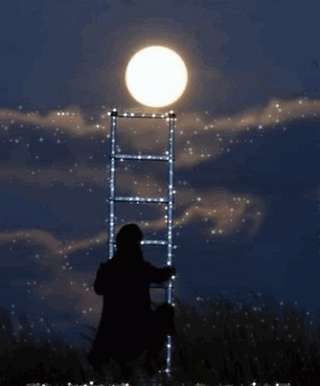 Feeling the burning honey slowly pour
From the white sands, the Heavenly skies, cast down to the beautiful shores
I suppose men would say such drastic and unfavorable things
When incorrectly birthed as a chick who flings a ding ding
I do not understand she of a man these days
Always shading the sun, polluting the air when they are jaded with their secretive palm play
Neglectful to groom facial hairs
Cheap five and dime cheap suits, to them, the inner beauty of a soul will never compare

Mentality to degrade using the supreme rules…hum… how many profiles now, no one is a fool
Has bitterness gripped your mangled heart
Festering a reality to rant when no one cares about words written in the dark
Within the realm of now, it is time to uplift
Perilous damnation and surviving, however, just like a sheman who thinks with an arrogant dick
Small minded of disproportion stifles vindictiveness with demeaning words echoed from bottom feeder misfits

It has never been my idea or a prized intent to direct annoyance at a toilet filled with shit
On a higher level of intelligence, I attempt to seek, you would never comprehend, my plight, my rites, my life, and that’s just how it is
If times were given to you, suck it up and quit playing the victim, fool
Waste not want not, the world moves too fast to keep childish minds, childish tantrum locked in a foul mouth tyrant’s school
No labels here my dear, let’s just make that clear

Your reckoning opinions of a babbling idiot who cannot ascend to leave well enough alone
Bitterness is so cold in life, immaturity is straight to the bone
This is real life, open your eyes, a social poetic site
Where like-minded individuals come together to encourage a passion or to enlight
No one truly cares.. about you, then the words you leave after you write
No one owns you nothing in life not even respect, you earn it, demand it, or you take it, with or all you might

The synagogue of your mind all twisted, potty mouth for a man, all listless… see a shrink, if in doubt, you cannot clearly think
Degradation of a low IQ to marvel in a dissociative behavior, with a problematic intellect
Sociopathic soul who could not even spell Blot Test
Go in peace rambling beast
Too many poison pills to drink from in life, not found in my wishing well
The only sentiment I can tell you is, Ms. Doubtfire, go to hell

Written by SweetKittyCat5
Published 23rd Oct 2021
Like This?
Poems by Author
Author's Note
It is better to keep your mouth closed and let people think you are a fool than to open it and remove all doubt.

Mark Twain
Comment
#ignorance #philosophical #TruthOfLife
All writing remains the property of the author. Don't use it for any purpose without their permission.
likes 3   reading list entries 1
comments 13   reads 93

Re: Re. Mrs. Doubtfire
SweetKittyCat5
24th Oct 2021 00:07am
My handsome poet.. I have never pre-judged anyone unjustly it is not in the calling of my nature and not of my creed.. I listen to the mental disorders of intellects on a daily basis, I get paid to do so However, there are elements of force when vile contentions of the mind must be dealt with.. and there is no logic of reasoning eyes to understand, yet can only speculate when witnessing the drastic outcome

I thank you for taking the time to read and then adding you insightful comment, which is taken with much regality and merit

Please enjoy your evening and have a fantastic Sunday on the horizon..

Read poems by SweetKittyCat5
Re: Re. Mrs. Doubtfire
Phantom2426 (Francisco J Vera)
24th Oct 2021 1:01am
I will enjoy Sunday with you,dancing the night away.

Re: Re. Mrs. Doubtfire
SweetKittyCat5
24th Oct 2021 1:04am
A nice sentiment my handsome.. therefore, I do hope you have the right shoes.. wink.. Enjoy your evening Mr. Fred Astaire as you dance the night away under the galaxy of stars.. lol..

Read poems by SweetKittyCat5
Re: Re. Mrs. Doubtfire
Phantom2426 (Francisco J Vera)
24th Oct 2021 1:08am
So will singing and dancing in the rain all night long.

Re: Re. Mrs. Doubtfire
SweetKittyCat5
24th Oct 2021 1:23am
Nice comeback .my handsome poet. but that was Gene Kelly's... Now I will allow you some mental peace to woo all the other DUP starlets.. this evening.. and be safe out there in your travels..

Read poems by SweetKittyCat5
Re. Mrs. Doubtfire
nutbuster (D C)
- Edited 24th Oct 2021 1:30am
24th Oct 2021 1:28am
judge ye not as thy be judge so never from a opion of some one or judge a book by its cover
do enjoy your evening and up coming Sunday
well put my friend

Re: Re. Mrs. Doubtfire
SweetKittyCat5
24th Oct 2021 1:49am
My friend, you know of my principles far more than anyone on DUP, interacting with you privately and in open forum. You know I have always keep my head above, and respected any one who have crossed my path or have surrendered to my feminine charms.

When musing of this occurs wickedness has crossed my path, and I have never allowed vileness to throw the rock and hide the hand. You call people on their BS so it will be no misunderstanding. For goodness sake, I listen to people everyday with mental disorders, cognitive disorders. I never want to be the cause of others ill-fates or stress inducers . However, I will always say much respect given is much always much respect due

Thank you.. 'Night Owl'..  for reading and the encouraging comment. Hey, I could not refuse that.. and have a great evening and a fabulous Sunday you

Nice demonstration of eloquence and aplomb, my friend.

Re: Re. Mrs. Doubtfire
SweetKittyCat5
24th Oct 2021 9:19pm
Ahh.. my poet, thank you for reading and then adding such a approving comment. However, this musing was written in regards to bitter tongues when accosting members of humanity and the consequences one must face when choosing the ideology to denounce of such, in a resonating response.