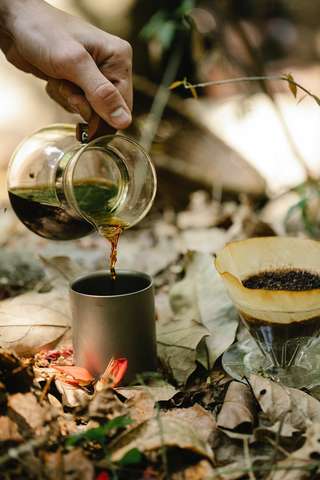 Past and Present Things

A strange pooling of names vaguely stirs
Corsham and Dauntsey in Wiltshire
Lane in Cornwall, and Berkshire
Gloucester in Gloucestershire
And somehow Haworth in West Yorkshire
All distilling down to those last fateful steps in Dauntsey
So they mingle and weave
Now but faint traces etched in stone
And on yellowed ink scrawled pages
I don't know how they were then
Anymore then how they are now
My grandmother never said, "When I was a girl in Dauntsey before we sailed..."
Never spoke of the voyage
Just me with remembered remnants
An accent dulled by America
A garden out back and a time for tea

My grandfather was another
A fugitive, a refugee
A non participant in a civil war
How do the rebels, revolutionaries, and liberators differ
From the governmental forces
When both sides make the people suffer
He never spoke of his childhood to me
Or his journey...his English was thick
As thick as his eyes were dark
A machinist
With a small shop in his basement

He died when I was a child
She, when I was a young man
How did two souls from worlds apart
Risking all on one turn of Kipling's "pitch-and-toss"
Scraping to make a new start
Find each other in a new land
Somehow the Fates had smiled

My family were goers
Closing the book on their pasts

The other side, here for centuries
Coming first indentured and lastly free
Had roots grown deep like trees
In the rich harrowed soil
A blending of English, German and Dutch
With a wee bit of Irish thrown in for luck
Farmers and men of the earth
Plain working men for the working day
No fancy titles just common folk
Folk of the clay
I come from a country people

But always comes a passing away,  a sundering
I walk among the reverbrations
A soft echoing of distant truths
These whisperings of twilight ghosts

I was a military brat
And a military man just like my dad
So too my cousins
We served our land
We, a mix of the old and the new
A paradoxical testimonial we were American too

And so I lived moving from posting to posting
Postings, deployments and a few TAD's
Til that life came to end
Here a few degrees cooler than Hell
And a bit farther south of heaven
The deep south
A pagan stranger to my soul
Waiting
A distance is calling me
A yondering
My feet grow restless on the earth
Yearning to be free

Stunningly gorgeous account of family history and beautiful homage to the relatives who created and instilled the love and respect of the family and land that surrounded them and ultimately you. Your descriptions are so vivid I felt I was walking the country side and viewing family photos right next to you. Bravo. Beautiful piece. H🌷

Read poems by AverageJoe
Re. Past and Present Things
ImperfectedStone (The Gardener)
19th Sep 2021 8:26am
This is exceptional AJ

I'm glad you enjoyed this short stroll through my family history.

Read poems by AverageJoe
Re. Past and Present Things
Summerrain75
4th Oct 2021 4:18am
A beautiful narrative of your family history. I enjoyed the read. They are glimpses of your life we get to see here.

Read poems by AverageJoe
Re: Re. Past and Present Things
Summerrain75
4th Oct 2021 12:01pm
Thanks for sharing bits and pieces of yourself.🙂