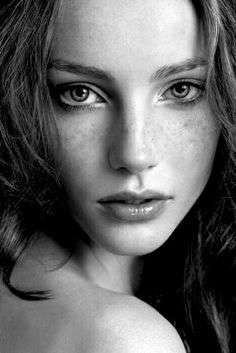 Commenting Preference:
The author encourages honest critique.
Re. cipher
Cipher_O (Zero_Stillness)
11th Sep 2021 10:19am
I believe that everything is frequency, which is pretty wild when you really think about it.

...  Pertaining to the planets, and the music of the spheres, this is such an interesting idea.

It has been proposed, for example, that the rings around Saturn are actually artificial frequencies of a mechanical construct, that effect and influence the human experience, in complex and sophisticated ways.

I have known individuals who have contacted Planetary Deities, or the frequencies of these Deities, and even made pacts with them, in exchange for different things.

...  I think that this is, perhaps, a most staggering realization:  that everything is frequency and there is the potential to manipulate frequency or artificially produce frequency, on a grand scale.

(That would be a lot like an artificial reality, perhaps.)

And yes...  The idea that such frequencies interact, initially, in the brain stem, the area which we are least conscious of, this adds a whole different dimension to this line of thinking.

And then, if the frequencies were tailored to align with the characteristics and attributes of the brain stem, well, this would be yet another dimension.

But I think what is even more staggering, is the idea that, even in such a system of manipulation, we, as individuals, still have the ability to influence and even modify the composition of our reality and perhaps even the realities of others.

Which would seem to indicate that we are outside agents with in insider's presence?  Something like this.

We are in the world but not of the world.

And if we are not of the world, but in the world, and we are capable of generating frequencies that may modify reality, then, it would seem that we are bringing something, not of this world, into this world...  And that is deeply thought provoking.

Where does it come from and for why?

An interesting question if we allow it to be.

Re: Re. cipher
crimsin (Unveiling)
11th Sep 2021 6:51pm
hello dearest Cipher this is an odd write one that left me scratching my head thinking I am stepping on my tip toes trying to wrap my mind around it...I was worried no one would get it but something in my told me you would or at the least one would be reached with thoughts of their own that would help me better understand...

the planets music sounds much like whale song... it's been recorded it is very odd to think of the planets actually communicating....the idea that they are alive in tune with a frequency we pick up on with our unconscious mind...

I think with this write I was channeling but I wonder whose frequency and to what end to communicate this verse...I know my mind receives codes I wonder how much they influence my actions and others actions...

I believe we are manipulating one more reality at a time... I often wonder how i got here...I believe on some level I came to observe...not given any preferential treatment what it is to exist here...perhaps once upon a time I observed from afar with a callous attitude...

in any case I think my eyes are opening...

Read poems by crimsin
Re: Re. cipher
Cipher_O (Zero_Stillness)
14th Sep 2021 10:21am
...  I think another point of interest, is the idea that we can hear and perhaps record the sounds made by the plantets, and yet we cannot consciously understand, and if we understand, subconsciously, we do not realize that we understand.

...  It is highly possible that the sounds of the planets inspired you to write this, which would be of great interest, as it would be a further revelation of the presence of the planets, in a medium beyond that of sound or frequency.

...  I think that the mere thought of the sound of the planets can bring one as close to the planet as actually sitting close enough, in a physical sense, to hear the planets.

(That is pretty far out.)

But more so, I think, if one has natural abilities, such as yourself.

...  I do think having such thoughts and impressions is indicative of something that is mysterious and noteworthy.

Re. cipher
wallyroo92
12th Oct 2021 3:26am
"the universes were born in violence" I liked this line a lot. It's so true to the core you often wonder about how other things come into existence  out of that chaos.

Re: Re. cipher
crimsin (Unveiling)
12th Oct 2021 6:37pm
hello dearest Wally it is an interesting thought which has led me to some more perplexing thoughts and searches for answers... thank you for your interest❤ in the bible I found some interesting verses this being one of them...

12 Then spake Solomon, The Lord said that he would dwell in the thick darkness.

this came from my thoughts on the universes how I believed there was
just dense black space before anything else and my own curiosity about the truest nature of our creator...

I was watching a science program about the beginning of time and the universes and it talked about singularities and I wondered if our creator was a singularity...

space is infinite and growing wow...

have a good day today...