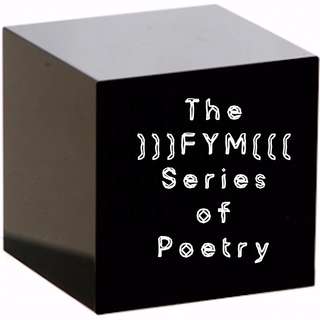 
There are these tribes people
Entrenched in the shades and shadows of the jungle.

They are called: the hunters of the jaguar.

They ingest a hallucinogenic substance
and shape-shift into the magnificent creature… The jaguar.

A camera crew captured this phenomenon.

As they moved, at first, sort of decrepit.
And then…
They were completely one with it.

I remembered this…
As the mescaline turned the world to High Strangeness.

All neon like in the exhilaration
Of micro dot explosions in every segment of perception.

As the coach shook my hand
And I moved smooth…  To face last year’s state champion.

In something like an ultraviolence of happening without happenstance.

(Unbeknownst to me, this would be my final HS activity…  but that I would like to share in the next segment of this series.  FYM.  Such an interesting name for a series.  “Fuck You Mane.”  (laughter).  I have seen some authors who have tentatively named there work in equivalent ways.

…  So yeah…  I did some sports.  I tried wrestling, based on my uncles stories about being on the wrestling team in reform school.  (there were some serious criminals on that team.)  I viewed sports as the way of the warrior and the path of the vision quest, not about winning and losing.  I believe my intent transformed these activities into magical workings, as all activities may be transformed into magical operations, and I learned to become the jaguar, which is something I transferred both to my existential sphere, and to the writing.  The word jaguar comes from the indigenous word yaguar, which means: he who kills with one leap. )

Written by Cipher_O (Zero_Stillness)
Published 5th Jun 2021
Like This?
Poems by Author
Author's Note
Dude... This is The FYM Series of Poetry and I don't think I've seen a single Fuck... WTF...
Comment
#LifeAsAWriter #passion #PowerOfWords #universe #WritingPoetry
All writing remains the property of the author. Don't use it for any purpose without their permission.
likes 3   reading list entries 0
comments 4   reads 40
Commenting Preference:
The author encourages honest critique.
Re. Psychedelic Jaguar
RiAN
6th Jun 2021 9:37am
This made me think of people taking  Ayahuasca, or those that reach a trance state through lucid dreams.
A conversation within a conversation with a  tiny wicket twist at the end, stay wicked C, shine on!
R

I have a write planned about a trip to the mushroom fields, which I think maybe you will like...  There is an encounter with Shiva.

Read poems by Cipher_O
Re. Psychedelic Jaguar
FATBOY300PLUS
8th Jun 2021 5:08am
Psilocybin, anyone?
Of course, I totally understand the Zen of athletics at its most focused.
One really funny thing, quite a few of us DeepUnderground wordsmiths are ruining the reputation of athletes as inarticulate, brutish louts.
Shame on you
I, on the other hand, am still a brute
I really like your stylings

Very insightful.  I think from another perspective, regarding sports, modern culture differs from ancestral cultures in that the warriors are trained differently, or not trained at all, in the ways of war, which might be considered an inevitability.

As Robert Greene writes:  we exist in a constant of war, in different forms, were it not so, we might degrade into atrophy.

It may be best to be like a lion and like a fox.  A lion, to ward away the wolves, a fox, to recognize the snares.

I think we will be judged for anything and everything, at all times.  Thus, I appreciate that you break perceived stereotypes while remaining true to yourself.

Many thanks for you comments!