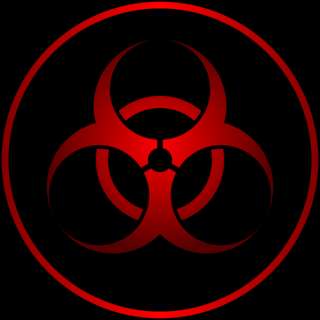 They knew it was fake news and that no vaccines would ever cure
Hell on Earth was found in a new strain, infallible and deadly pure
Each mutation patently intelligently designed, against a virus drug
Zealots became AI empowered, when infected by the zombie bug
Over a course, of months and years, every curfew inevitably failed
Madness roamed, onto the streets, from the sky the bullets hailed
But nothing could stop the rise of those labelled as the living dead
In the raging flames of pyres though, they tried to stop the spread
Eventides were a putrefaction of burning flesh, in charcoal plumes
By un-dawning mornings the wary weary woke to choke on fumes
Under martial law the new autocracies, old order, became austere
Grinding out each day behind the electric wires in famine and fear

There were whispered words that the pandemic had run its course
As bodies were piled on pyres, there were new decrees to endorse
It was the beginning of the end, but the undead were still wending
On the outside of the fence, there was now an apocalypse pending

The church bells tolled death knells, sirens forewarned and wailed
But there was no solace in knowing, when the living dead assailed
When called to prayers, the pious, gathered in enraptured throngs
Hoping to witness the revelations, of the cleansing neutron bombs

There were no saviours at the end and no escape to an alien shore
For those deranged in mind, spread too quickly, as if a trojan spore
Gods couldn't help, for the zombies are feral and you cannot cajole
So time was lost in blind faith, before the autocracies seized control

Under siege remnants of humanity, hid behind electrified razor wire
Incinerating the barbarous diseased, outside, in fields of napalm fire
They'd said that time and tide would turn, there would be no defeat
But their subterfuge was streamed, from the bunkers of the old elite

There were rumours disseminating, in wildfires of hysterical words
That godforsaken sanctuaries, would be collaterally culled in herds
When the signals and mikes all died, it was the only topic trending
To stop the infectious, there was inevitably an apocalypse pending

Afar in the unseen distance, a secret siren falteringly wails
The mournful dirge a deathly drone, until it inevitably fails
And then silence falls, beneath a leaden sky without a sun
Except for the audible background static of a geiger's hum

A searing toxic, whistling wind, whips up the ash and cinder
Like an armageddon requiem, to the eternal nuclear winter
A scudding murmur, in the ruins, as if mimicking lilting lyres
Before acid rain saturates the dying embers of former pyres

Black masses gather, of dark ministries, where phantoms lurk
Ghosts of gods gazing upon humanity's, final fates fatal work
And there's nothing left living, in the vaporised fusion energy
No ethereal choirs, no lamentation, or any unheard threnody

Written by Xaphan
Published 21st May 2021
Like This?
Poems by Author
Comment
#apocalypse #atheism #pandemic #religion #zombies
All writing remains the property of the author. Don't use it for any purpose without their permission.
likes 1   reading list entries 1
comments 0   reads 65