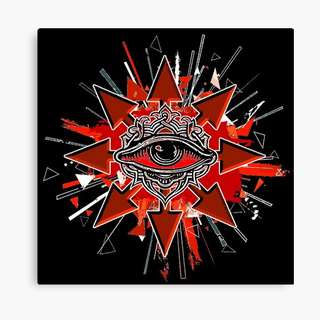 Some say that humanity hath come too far, but I word it more honestly!
At times I think all the evils of society, hath gone too far to ever atone...
Doomsayers claim the end is nigh, or here and the cause of all suffering,
But I hath seen ends and apocalypses before, and still time goes ever by.
In ice or fire, in plague or war, or in darkness and fear biting unto bone,
Peace always follows, like a mirage of Heaven that teases us glistening!
Until people come to care for one another more deeply than ever before,
So that hatred is forgotten and the memory of war is left in bygone ages...
Paradise will always be an illusion, lest mankind lay the foundation true.
Hell is there, ever patient, and I know those who hunger for it evermore!
Their deeds hath left me filled with wrath, beckoning me to great rages...
Even as I think on more innocent times, and that light that once I knew.

I sometimes ask the life force of all that is, if it remembers better times,
But within the streams of all that comprises what the universe truly is...
There exists, reflected, the entire tapestry of human suffering, immortal.
What boon did the universe ever grant me, what glory ever so sublime?
I knew more tears that joys, and I hath tasted more of pain than of bliss.
My heart cannot worry, for the welfare of every single troubled mortal!
I hath always been the outsider, from someplace that cannot be told of...
Out of time, out of space, out of ancient memory, but never fully whole.
There is a part of me I never knew, a puzzle that my mind fathoms not!
I hath only come close to finding an answer in the pursuit of truest love,
But in me passion is a fiery thing and it blazes ever beyond my control!
I know the fullness of my heart but in my mind lie dark secret thoughts.

How many times hath I, in earnest, said “let me in” to those I cared for?
Only to receive from them exclusion from their hearts, from life's joys!
I see the happy families, I long for such warmth to grace me once again.
But I feel like I exist across an ocean, and they dwell on a distant shore,
Where I canst hear of their merriment, the music of many a happy noise.
None know of my deepest hurts, the blood of which does my soul stain!
The universe is going mad, the hearts of people hath lost their fond way,
And I am kept ever apart, until in lonely despair I give vent, and speak...
“Let the chaos come” I whisper; then, I shout it like the words to a spell!
That peace may come upon all that is, but this time so that it might stay.
I broke the seals, I opened the gates, I shook the world until I was weak!
None knew of this; in secret it was done, in shadows that ever do swell...

And though broken, the world goes on, until humanity changes its' heart.
Cycle after cycle, of madness, until I find the home I hath been denied...
So I might make my peace with all that is, to taste a nectar more suitable.
Is it for this that I worked such sorcery, and study many a truly dark art?
Always for this; to walk in the light once more, and not in darkness hide.
Out of chaos, I would build a nobler world, its' foundations more stable!

Written by Kou_Indigo (Kara Lucielle Pythiana)
Published 14th Mar 2021
Like This?
Poems by Author
Comment
#apocalypse #confessional #dark #magic #philosophical
All writing remains the property of the author. Don't use it for any purpose without their permission.
likes 0   reading list entries 0
comments 0   reads 103
Commenting Preference:
The author encourages honest critique.