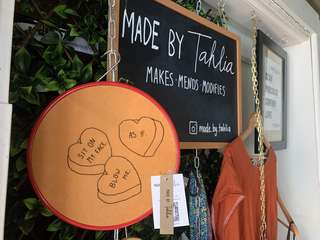 Anomalies of the heart...

Iĺm waiting to be captivated by his eyes, and that smile that slides upon his face as we sit across from one another and when he said...

ôhow do you think the people feel when you say such things...ö á á
á á
I felt a pain radiating in my chest, and playfully, he shouldĺve just punished my arse in ways that enable us to both savour the moment whilst I get lost inhaling the fragrance of a man whoĺs intelligence isnĺt lost on me, not to mention his kind & gentle ways. á
á á
However, beneath the surface when you strip away the gentle in a gentleman, his primal urge & hunger remains the same and whilst he interrogates me methodically against the work plan; visions of him unzipping his trousers to reveal such tender flesh in front of my face keeps me distracted. á
á á
Heĺs a fan of natures brew, and when she realised there was a connection from the look on my face, she said... á á
á á
ôOh. Heĺs a very handsome man, do you know him ? á á
á á
And I said... ôNo, not in the way Iĺd like toö but she insisted I recall him for the coffee she denied him by saying she was closed, and his response was very telling. á á
á á
Thereĺll be no wild love affair, or watching the expression on his gorgeous baby face when his streaming hot & sticky jizz coats my lips as itĺll be a sombre goodbye when he leaves, and a slight pain in my heart from the offence of speaking a truth many donĺt want to hear as its too confronting.
á á
The gold letters embossed upon the card says it all, knowing Iĺve nothing bad to say about this one; however, he took things personally and my heart remains under arrest as I ponder the loss of whats on the horizon. á
á á
The latter half of February will be a moment of grief as I temper the absence of grace within such a beautiful man, and the loss that comes with the ending of ones tenure, and Iĺm grateful to have met such a lovely well balanced man.
á
His babyface, and the shades of salt & pepper scattered upon his head are missed already, even as he holds me to ransom over the rubbish thatĺs beyond my control. á
á
Even if our paths shall never cross again, heĺll always be remembered, and Iĺm weeks away from resignation as I journey back to the east coast for a short vacation to earth myself in the ocean, knowing Iĺll miss the radiant shades of ochre hues, the summer rain and long sunny days.

Written by shadow_starzzz
Published 17th Feb 2021
Like This?
Poems by Author
Comment
#love
All writing remains the property of the author. Don't use it for any purpose without their permission.
likes 3   reading list entries 0
comments 4   reads 75
Commenting Preference:
The author encourages honest critique.
Re. Anomalies of the heart...
JAZZMANOR
17th Feb 2021 5:08pm
A sense of sadness dominates my response. Truly this would be the time where if you played an instrument I would go get my bass for some memorable sounds that they call the blues. The very full caricature of a partner shows off so much of what makes your words intriguing to read.

Re. Anomalies of the heart...
TheOralizer
17th Feb 2021 5:10pm
I was drawn into the poem almost instantly and had an UP response. Great write. Thanks for sharing. Hugs and peace, oral