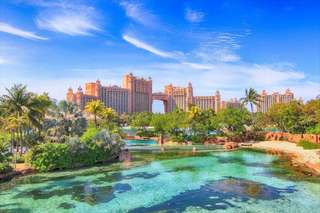 In these times of New Age Golden
where so many teachings thrive
I know a young heart sought in
the deepest of the Self new life.

I know that Petur Dunov,
Toth of Pre-Atlantis time,
also known as Beinsa Duno
among White Brotherhood that shines,

is the one who taught in Egypt
and his legacy was brought Eastwards,
in this Earth of hidden crypts,
the Children of the Unity were Stars.

Did you know the story of Atlantis?
Innovative, my, so experimentative,
now their offsprings sing hosannas,
but they disobeyed a Law imperative,

they played with women aggression
and corrupted Knowledge Wise
ill-device, in itself, meant as a procession
of Inverted Merkaba,...Demise.

I have dreamt my tears ~ as of today,
I felt the Titans rising in activating force
of protection, but the Ocean did sway
and brought upon a Deluge, oh Source!

Can you imagine how it feels
when you fail at protecting the dearest
endangering the mechanism's wheels
as to remove a numeral - Thou, fearest.

Thou, fearest, the Wrath of God
that shall always crash upon you
as salvating forces they were thought
but did Elohims in incarnation ever have a clue...?

Some smart sapients evaded the danger,
moved away to spread their wings,
true bravery of heartbroken rangers,
but today my Heart ...sings!

IT sings, because in Tibet
in a hidden oasis of colours,
secluded, they the new met,
the Children of Atlantis' sole heirs.

Also, Petar Dunov's Brotherhood of Light,
and the Bogomil sacred chanting echoes,
united their chours creating a Sight
for it shall be Forth, the Necrum -

Aren't you shocked! As it appeared
right in front of their sacred gate,
and it seemed at first so weird
but they didn't really have to wait...

And an Anti-Christic energy
something never before felt,
waved itself in complete synergy
with God's plan, for it's.... the Well.

"My Father, My Blasphemy"
but it is hurled out in the World
the New Energy of Alchemy
The Luciferian Meets God's Word.

And up there, in the starry sky that swirls,
where the hopes of the newly deadborn can be seen
The Vesak intention does now twirl
and emanate the good will with hymns...

You did not die in vain, Beloveds.
You are on a mission for the One.
The purest of us always covet
for the Aumic Inner Life that's Eternally On!

Written by AaronBraveHeart (Boyana Popova)
Published 14th Feb 2021
Like This?
Poems by Author
Comment
#God #historical #kindness #sea #spiritual
All writing remains the property of the author. Don't use it for any purpose without their permission.
likes 5   reading list entries 1
comments 6   reads 307

Commenting Preference:
The author encourages honest critique.
Re. Oh, Atlantis, Broken Heart
Ahavati
14th Feb 2021 00:16am
What a mesmerizing tale, Aaron. I've always been fascinated with Atlantis and felt it was some great library of knowledge that still exists today, in some form or fashion. . .

Re: Re. Oh, Atlantis, Broken Heart
AaronBraveHeart (Boyana Popova)
14th Feb 2021 00:20am
Yes, the book knowledge nowadays is impressively immeasurable. I am more enchanted with the living people of the Heart and Love that teach and show an example. <3

Re. Oh, Atlantis, Broken Heart
robert43041 (Viking)
14th Feb 2021 4:59pm
Almost a trip around the Spiritual world in 80 days.  So much knowledge from different countries and dynasties and yet Men seem never to learn.  I shall have to re-read your grand poem many times.

Re. Oh, Atlantis, Broken Heart
jigg82
16th Feb 2021 12:45pm
Awesome story! But I definitely had to look up some of your words in the dictionary lol.