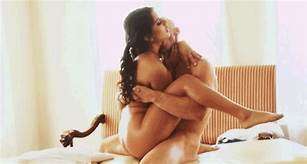 Crackling of The Fireplace part 2 of 2

Crackling of The Fireplace part 2 of 2

Kneeling between her legs, he spread them wide, bending to bury his nose in the crotch, breathing deep her feminine scent through her Thong. Rubbing his face against the fabric, feeling her wetness soaking through, he opened his mouth wide, dragging his teeth over her still covered womanhood. She groaned loudly, and he knew he had it right. He did it again, then slipped his tongue beneath the elastic edge, tasting and exploring with his oral love muscle.

She dug her fingers into his hair, trying in vain, to control him, but he was the one in total control, and they both knew it. Taking the sides of her Tong in his thick fingers, he pulled her legs together, holding the both straight up in the air. Pulling her Thong up and off, he kissed her ankles, her calves, the backs of her knees, licking and nibbling each in turn. Down the back of her silky golden thighs, over the smooth curves of her ass, finding his ultimate goal. Reaching out with his tongue, it ran it the full length of her slit, from her tight puckered little ass, all the way to her clit, licking all of her in one long smooth motion.

Holding her legs together, pushing back on the a little to lift her ass off the floor, he licked the full length of her again, never stopping in one place, but making every place scream out for him. He knew she would taste good, but nothing could have prepared for just how good. The juice from her hot hole was the nectar of the gods, and he was blessed as he anointed his tongue, lips and face in its splendor. His cock throbbed so hard it threatened to release its load into his pants, and he fought to gain control over the beast within him. Giving her one last, long, hard lick, he spread her legs wide setting one down on either side of him.

Standing between her legs, he unfastened his belt, releasing the clip at the top of his pants, then slowly slid the zipper open. She watched his every move, her hot body writhing on the floor beneath him as she anticipated her first look at what he had to offer her. The presentation he gave her took her breath away. He was a magnificent eight inches of perfect manhood, proud and erect before her. He waited, smiling devilishly.

She wanted him. In every way, she wanted him, and she would have him. Lifting herself to her knees, she was before him, his throbbing shaft in her hand, her eyes devouring him. Lovingly she stroked him, breathed on him, kissed him. Reaching out with her tongue she tasted him, explored him, and breathed in his masculine odor. Her hungry red lips encased this throbbing knob, his worshiping eyes watching her ever move.

Slowly, she drew him into her mouth, taking him as deep as her throat would allow, sliding her tongue along the full length of him. Soft hands weighed his balls, caressing and stroking, teasing and squeezing; she rolled them around in her palm. She loved the way the felt, the weight of them, the soft hair that covered them, and she sucked adoringly. His cock and balls were hers to do with as she pleased. She rubbed them against her cheek, across her lips, lifting herself the press them between her breasts.

He could take no more of her sweet torture, one more suck and she would be bathing in his cum. Gently he pulled away from her, kneeling before her and pressing his lips to hers in a crushing, demanding kiss. She moans softly into his mouth and he swallows her sweet sounds deep within himself, his strong hands sliding down the length of her back, cupping the cheeks of her ass and pulling her hard against him. His cock pushed between her legs, pressing hard against her slit, and she opened her legs a little to make his shaft fit more comfortable against her clit and between her taught thighs.

He could feel her heat and her wetness as he pushed his cock between her soft pink pussy lips; her delicate folds wrapping around him like a warm blanket. Lifting her off the floor, she wrapped her legs around him, his strong muscular arms lowering her slowly on this erection, impaling her. His cock was a mighty sword, and she was his sheath, created for the purpose of holding him safe within her silky confines. As he pushed himself deep inside her, he knew his cock had found a warm and loving home.

Slowly he lifted and lowered her, holding tight to the cheeks of her ass, her legs wrapped around him in an unyielding embrace. Without releasing her, her lowered her back to the fur rug, following her with his body, her legs still wrapped firmly around his waist, and his cock still buried deep inside her milky depths.

Pressing his mouth to hers in another searching kiss, he began to move over her, riding her body, pushing and probing into her with his throbbing erection. Impassioned fingers dug into his shoulders as another soft moan escaped her lips, her legs moving to encase his buttocks and pull him harder and deeper into her. He knew what she wanted, but he was in no hurry, keeping his pace steady and slow. Arching her back, she tried to take more of him inside her, her pussy hungry for him, but he was in control and would only give her a little at a time.

Pulling his cock from her, he smothered her protesting pleas with his mouth, whispering to her to be patient, he had more to give to her yet. It would have been all to, easy to drive himself deep inside her and fulfill his own animalistic desires, but she was as yet, unfulfilled, and would never forgive himself he if he was to leave her wanting. Moving down her body, he threw caution and tenderness to the wind, plunging his tongue into her hot depths and drinking his fill of her delicious essence. His thumb found her erect and throbbing clit, massaging it, rolling it around, teasing it almost roughly. He fought to control his urges, his heat and passion, but he knew there was a limit to even his strength of will.

Moving his tongue to her clit and fingers to her wet loveliness, he nipped and suckled on her hard pleasure button. Pulling it between his lips, pressing his tongue hard against it, he could feel her heat intensifying, escalating, taking her close to the edge. The internal muscles of her virginal walls began to tighten and contract around his fingers and he could contain himself no longer.

Lifting himself back over her panting, heaving body, he thrust the full length of his cock into her sweet opening in one hard push. Crying out, clinging to him, her back arching as a second thrust sent her senses reeling over the edge. She thrashed wildly beneath him, groaning, panting, crying out with pleasure, driving him on, and begging him for more.

Yes, Oh god yes. Her orgasm consumed her, sweet rapture engulfing her mind and body. Over and over, he plundered her hot depths, driving into her, possessing her, his own wild desires spinning out of control as his cock released pulse after throbbing pulse of cum into her. His thrusting continued relentlessly until he was drained of ever, drop of seed his body had produced in her honor. Lowering his body gently onto her still panting, quivering form, he kissed her with such tenderness, rolling onto his back and taking her spent body with him, drawing her over on top of him so that her head rested upon his pounding heart.

Holding her close, gently stroking the length of her back and the cheeks of her ass with feather light touches, calming her, settling her, whispering sweet words meant only for lovers. She sighed softly, resting against him. Never had she felt so safe or so warm, completed and content in the arms of her lover, and the soft warm glow of the fire.

Listening the beating of his heart, it seems, to almost blend with the roaring winds of the storm that raged outside his door, and she hoped this was one storm that would last more than a night. Somewhere, deep in her heart, she knew it would.

Lifting her head, she looked deep into his eyes. She would never tire of the way the fire light danced over them, suspecting what she saw was more a reflection of the fire that burned within their souls, and a heat that would keep them both warm for a long time to come.

Written by nutbuster (D C)
Published 3rd Feb 2021
Like This?
Poems by Author
Author's Note
to you my dear friend
Comment
#lover #passion
All writing remains the property of the author. Don't use it for any purpose without their permission.
likes 2   reading list entries 1
comments 5   reads 109

Commenting Preference:
The author is looking for friendly feedback.
Re. Crackling of The Fireplace part 2 of 2
SweetKittyCat5
4th Feb 2021 3:31am
I am loving the jungle heat of that picture my friend .. and it blends perfectly with the adaptation of this sexual liaison..

Re: Re. Crackling of The Fireplace part 2 of 2
nutbuster (D C)
4th Feb 2021 6:37am
thank you my sweet drear friend took a lot of searching to fine just the right one it had to fit the story line along with it to fit you and me
thank you for read and sweet comment

Read poems by nutbuster
Re: Re. Crackling of The Fireplace part 2 of 2
SweetKittyCat5
4th Feb 2021 6:38am
You did an excellent job my friend.. I totally love it

Re. Crackling of The Fireplace part 2 of 2
Solomon_Song
4th Feb 2021 6:35am
Exquisite savourable sex scenes you have painted, worth the read through. The foreplay would be worth trying at home for couples.