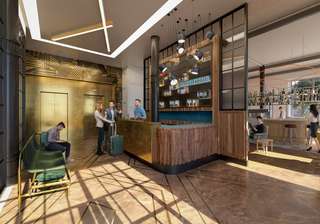 "I'm not going to complain. You've given me things I never dreamed I would have," Phil replied.

"I could say the same about you," she sighed. "You're not just wasting your money on whores. You're wasting your talent."

She shook her head incredulously. "You really have no idea, do you? Why do you think I'm cheating on my husband to be with you? You're the first man I've ever known who did what I asked. You took fantasies I've had for years and made them come true.
That's a precious gift, something most people never experience.

You did most of the work.

"Let me tell you something. When someone gives you a compliment, say thank you, and then shut up."

Phil could see, at that moment, that Sue was a manager.

Now I want to do another quickie with you tomorrow morning, she continued. Can you meet me here? She wrote down an address, dressed quickly, and kissed him goodbye.

Phil looked at the paraphernalia around the room — the whip, the chains, the leash, the dog bowl and bone.

What a woman, Phil thought. What a woman. He could not believe the good fortune of spending even a few days with this sensuous and courageous cougar.

Phil hurried to the address in the morning. It turned out to be a newsstand. Why had she brought him here?

His eyes wandered, as usual, to the top shelf.

Phil wandered into the motel newsstand, looking for comic books.

There was an issue of Playboy. It was the Dirty Book, the one You Aren't Supposed to Read. Normally it was on the top shelf. But not today. Someone had put it where they shouldn't.

Dark whispers were spread about Playboy. It was said to have pictures of women in it, women with no clothes on.

Phil wondered what sort of man read it. Surely women would feel very uncomfortable in front of someone like that. He could not imagine ever admitting to such a thing.

His curiosity was about to kill this cat. No one could see him. He opened the magazine.

Women didn't have dinks! Instead, they had...hair? Did it get wet when they went to the bathroom? And their chest! It had big round lumps on it, lumps whose purpose puzzled him.

That wasn't as puzzling as what was happening to his dick. It was hardening. Just like it sometimes did when he had to go to the bathroom. He had never felt that way before. He did not understand it. It felt very good, but it was scary.

For weeks, months, years afterwards Phil was obsessed with the memory of those pictures. He would lie in bed at night, tossing and turning with the memories, feeling again the terrifying hardness in his dink. Touching it made it even harder. Eventually it all seemed to come together in an intense squirmy motion.

Sue was walking through the park. Her eyes spied movement.

A chubby black boy had his face in a magazine. The boy's name was Derek. He was in the senior year with Sue.

Derek had a look of reverence in his face, as if reading the Bible. But it wasn't the Bible. It was Penthouse. His hand was inside his pants. Sue stared longingly at his face, full of veneration, even worship. She wished so much that someone would look at her like that.

Why not? "Try the real thing," she said boldly, stepping forward.

Derek looked terrified, squirming to hide the magazine under his ass, but Sue was already pulling off her clothes. She stood naked before him, young and cute and lewd. The sight of his crotch made her feel a sudden thirst. She'd heard girls talk about it.

Throwing caution to the wind, she sank to her knees, scrabbling in the dirt for his zipper...

She was roughly yanked to her feet. The policeman made her get dressed and frog-marched her home.

The luckless Derek was not in school the next day. Sue never saw him again. Teachers would only say that he didn't come to their school anymore.

Years later, she found out his neighborhood, on the other side of the tracks, had been rezoned into a different school district.

"Don't be sorry, you dork," said Sue. "This is exactly why I brought you here."

Phil blushed. "Playboy." She reached for the current issue. "Not that one," he said. "This one." He pulled out Playboy's Book of Lingerie, which was burdened with neither articles nor advertising. Its models were less famous, but Phil wasn't interested in celebrity.

She flipped through it. "Hot girls," she noted. "But no action. What about something hardcore? You read hardcore, don't you?"

"Um..." There was a large variety from Paul Raymond's notorious catalog. Finally, he reached for Club International.

"Perfect. Now go and buy them...that counter," she pointed. It had, of course, a pretty young woman at the till.

Written by nutbuster (D C)
Published 26th Jan 2021
Like This?
Poems by Author
Comment
#anxiety #lust
All writing remains the property of the author. Don't use it for any purpose without their permission.
likes 1   reading list entries 0
comments 5   reads 48
Commenting Preference:
The author is looking for friendly feedback.
Re. Chapter 5  A Submissive Female of New York City
SweetKittyCat5
27th Jan 2021 2:12am
This chapter paired with the previous chapter very nicely my friend .. great job my friend

Re: Re. Chapter 5  A Submissive Female of New York City
nutbuster (D C)
27th Jan 2021 2:16am
many thanks friend may get the next part up on here before I head for dream land

Read poems by nutbuster
Re: Re. Chapter 5  A Submissive Female of New York City
SweetKittyCat5
27th Jan 2021 2:18am
I will patiently await.. I am around here somewhere... bring it on my poetic novelist

Read poems by nutbuster
Re: Re. Chapter 5  A Submissive Female of New York City
SweetKittyCat5
27th Jan 2021 2:42am
No worries my friend.. patient is a virtue as well