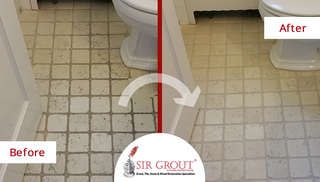 This floor is dirty, you stupid slut. I told you to keep it clean.

Many times had Sue shocked him with the depth of her depravity. But he still couldn't believe that she would bend down and casually lick his piss off the floor, as if it were ice cream. Every so often she'd look up to give him the same sly smile. Phil's eyes went wide. He had to hold onto the towel bar to steady himself.

"You have done... you are extraordinary, slave."

"Your slave lives to please you, sire."

The light bulb clicked on in Sue's eyes. She turned back to the toilet and began to lick the rim.

Phil thought he had never seen a more beautiful sight. Sue's urine-soaked body, naked and chained, licking his piss off the rim of a toilet while fondling her clit. She looked up at him, eyes meeting his, sparkling as she slowly dragged her tongue on the filthy surface.

His slave was a slut in the real sense of the word, someone who has taken the laws of a culture and found them wanting, who rebels against the strictures society has laid down. She was her own woman, a woman who did exactly as she pleased, without restraint, without judgment, without fear.

There was something special, even sacred, about her devotion to an idea, even an idea as perverted as this. It was devotion so strong that it would break any barrier, cross any boundary. Phil felt awed and humbled to be able to share this moment with her.

After she finished the rim, Sue began licking the sides of the toilet, the front, even the floor right beside the edge. Many people are reluctant to clean these regions even with a sponge, though Sue already had. The sight of her tongue down there was more than Phil could bear.

Sue looked up at her master to give one of her bawdy grins but was astonished to see tears flowing down his face.

"Why are you crying?"

Tears appeared in Sue's eyes as well. "You don't know, master, how long I've waited for someone who would do this with me. You don't know how good this feels. How... how right it feels. This is me. This is who I am."

She licked the filthiest part of the toilet, the cap on the screw that holds it in place. Touching herself all this while, she moaned again as her body began to vibrate and shake with orgasm. Phil staggered forward, his cock thrusting, desperate for release into this goddess.

"Your cunt is not getting my cock today, bitch."

"I want your ass," Phil replied.

Sue's eyes lit up. "I will need to use the toilet the way it's usually used," she snickered. "In fact, maybe I should clean this room first, with, um, conventional means. And then I can bathe myself."

Phil removed the chains but left the leash on. He gave her the extra toothbrush and mouthwash they'd bought.

Conveniently, the floor had a drain, so she pointed the shower on the floor to get rid of the remaining piss. She then carefully spread the disinfectant mix on the floor and scrubbed it clean.

She pointedly glanced at the door, and Phil left the bathroom, his heart still pounding.

It is a truth universally acknowledged that a man in the company of a woman must be required to wait while she is in the bathroom.

Sue crawled out of the bathroom on her hands and knees, a tube in her mouth. When she reached him, she dropped it and started licking his cock affectionately, licking until he was fully hard again. Then she picked up the bottle. Coco care 100% Coconut Oil, read the label.

"I will not be able to suck master's dick after I put this on," she warned.

She began spreading the oil on his cock. It did not feel all that different from the baby oil masseuses used, but it smelled much better, a warm, tasty scent.

She looked straight into his eyes as she gently lubed him up. He wished to god he'd had someone like Sue, not so much a lover as a teacher and friend, when he had lost his virginity.

Sue offered Phil the leash, and he followed her to the bed.

"How does master wish to use me?" she asked.

Phil shoved her onto the bed, flat on her stomach. Then he could not help it, her ass was so cute and inviting, he started to kiss it. It felt so soft, so pliable, it was like kissing a pillow. He could not go near the crack, decked out as it was in coconut oil, but the intoxicating smell filled his nostrils.

"You promise your asshole is entirely clean, whore?" he asked nervously.

"As clean as yours when I licked it, master," she replied sweetly.

With the same reluctance a new father shows changing diapers, Phil started to insert his little finger up her ass.

"How does that feel, slut?"

"Love you invading me, master."

That thought excited him — that, with the possession of her ass, every hole of hers that he could enter would have been entered. If the male is defined by his cock, that protrusion that extends outside him, the female is defined not by an organ but by the lack of an organ, by a space, a void that it falls to male to fill. Thus is a female an extension of the male, a thing, a possession, someone to be owned, guarded, even sold. Such has been the literature of man, written by men, throughout history. Phil no longer tried to fight the ancient sexism. He reveled in it.

He pulled out his hand and showed it to Sue. "That was this," he said, holding up the little finger. "Now this." He raised the middle finger, giving Sue the ugly symbol of rudeness.

She only smiled. "I'm yours, master."

He slowly pushed his finger into the tight opening, trying to suppress thoughts of the interior. It slid in easily against the soft oil. There wasn't the wiggle room the cunt had — he could only go in and out.

Sue was moaning, sighing with pleasure. She snuck her hand to her cunt region and began stroking it.

Suddenly he pulled out.

He lay down on his back.

Sue obeyed, squatting over him, still touching her clit.

Would the ass be impossibly tight, even painful? It was not. It felt like putting on a condom, albeit a rather heavy one.

Then he was in — in! He was there, in the filthiest of places. It was a total, overpowering sensation, but what made Phil tingle the most was the defiance behind it.

"Are you my property, bitch?"

Written by nutbuster (D C)
Published 26th Jan 2021
Like This?
Poems by Author
Comment
#anxiety #lust
All writing remains the property of the author. Don't use it for any purpose without their permission.
likes 1   reading list entries 0
comments 3   reads 38
Commenting Preference:
The author is looking for friendly feedback.
Re. Chapter 4 part 7 A Submissive Female of New York City
SweetKittyCat5
27th Jan 2021 1:52am
What an interesting read my friend.. it caught me completely off guard she is with Phil but has hollered out Keith.. wow... I love cliffhangers until I read the next chapter

Re: Re. Chapter 4 part 7 A Submissive Female of New York City
nutbuster (D C)
27th Jan 2021 1:55am
thank you my friend for read and comment enjoy your even

Read poems by nutbuster
Re: Re. Chapter 4 part 7 A Submissive Female of New York City
SweetKittyCat5
27th Jan 2021 2:17am
Thank you and you enjoy your evening as well