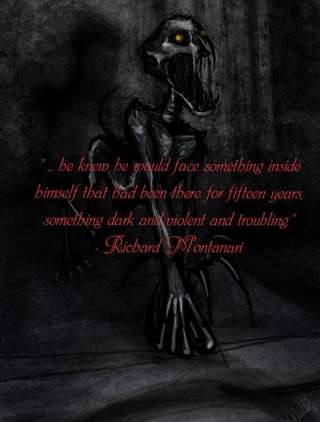 "... he knew he would face something inside himself that had been there for fifteen years, something dark and violent and troubling."
- Richard Montanari

Written by Jadedembers (Starving demons)
Published 18th Jan 2021
Like This?
Poems by Author
Comment
#curse #LifeStruggles #morality #philosophical
All writing remains the property of the author. Don't use it for any purpose without their permission.
likes 1   reading list entries 1
comments 4   reads 109

Read poems by Jadedembers
Re. Pinecones
DanielChristensen (The Fire Elemental)
19th Jan 2021 3:00am
Rather a unique insight amongst your catalogue. "The best of him circling clockwise and the worst counterclockwise." This struck me in particular, in the mind's eye, almost a visual representation of psychology, it's cell structure. Interesting metaphor.

Re: Re. Pinecones
Jadedembers (Starving demons)
20th Jan 2021 4:27pm
Thank you. I really appreciate your feedback on the way my work comes across. ❤️🥰