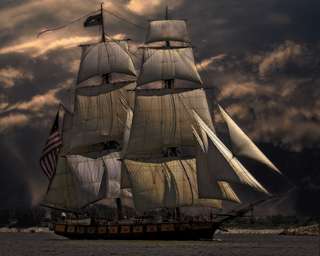 (Painting shown is not the painting described)

The point of view was everything

You could tell
They didn't move

Suddenly, so was I

I never told a soul

Years passed, and I went back to the art museum
Searching for an oil painting I never found

Written by TimWombles
Published 8th Nov 2020 | Edited 9th Nov 2020
Like This?
Poems by Author
Comment
#art
All writing remains the property of the author. Don't use it for any purpose without their permission.
likes 3   reading list entries 3
comments 5   reads 458

Commenting Preference:
The author encourages honest critique.
Re. Weathering The Storm
faithmairee (Faith Elizabeth Brigham)
8th Nov 2020 9:29pm
I can't believe no one has commented on your wonderful poem yet! I think it's brilliantly written and with such wonderful detail. Excellent work!

Read poems by TimWombles
Re: Re. Weathering The Storm
faithmairee (Faith Elizabeth Brigham)
9th Nov 2020 00:40am
I loved it and you are very welcome!

Re. Weathering The Storm
PencilScribbles (Scribbles)
11th Nov 2020 4:06am
I am blown away. This is seriously one of my favorite things I've read on this site.
I was thoroughly moved, and felt I was there watching you look at the painting.

You make me want to help you find it!
Did you call them and try to find details? Surely they keep records of displayed artwork.

Re: Re. Weathering The Storm
TimWombles
11th Nov 2020 4:46am
I asked, but it was 50 years ago. They suggested it was a Turner piece, but he only did watercolors. It was an oil. I'll find it again eventually.