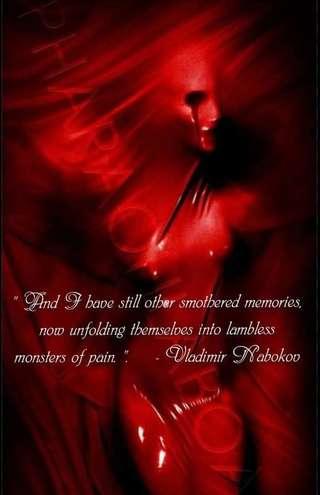 " And I have still other smothered memories, now unfolding themselves into lambless monsters of pain. "  - Vladimir Nabokov

Written by Jadedembers (Starving demons)
Published 27th Oct 2020 | Edited 28th Oct 2020
Like This?
Poems by Author
Author's Note
This is about the nature of secrecy regarding sexual abuse and the effects it has later on in that child's life. Essentially the cycle of abuse. #knowledgeispower #breakthesilence
Comment
#betrayal #deception #DomesticViolence #manipulation #secrets
All writing remains the property of the author. Don't use it for any purpose without their permission.
likes 3   reading list entries 1
comments 9   reads 224

I hear you, in Buddhism you face your emotions with compassionate non judgment, awareness must proceed change. 💖🙏🏻

Re: Re. Black Hole
Jadedembers (Starving demons)
28th Oct 2020 6:38pm
Mindfulness is very helpful in coping with self-compassion and self- love
Thank you for pointing out errors

Read poems by Jadedembers
Re. Black Hole
FreeLove87 (SamuraiEde)
18th Jan 2021 8:58pm
the words go deeper and deeper with every line
the deeper the depths of this the more revealing it becomes
no matter the inspiration of this, you've made it relatable to many different aspects
nicely done...

Re: Re. Black Hole
Jadedembers (Starving demons)
18th Jan 2021 9:00pm
Thank you. It's the best compliment to me when others relate to it.