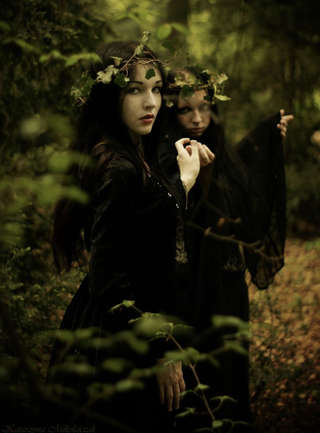 The Witches Of The Underground page 2
а

Written by Zazzles (Broom)
Published 18th Oct 2020 | Edited Today
Like This?
Poems by Author
Author's Note
If I have some edits that need addressing, please be a dear and inbox me and let me know what I need to fix
Thanks 😊
Comment
#witches
All writing remains the property of the author. Don't use it for any purpose without their permission.
likes 2   reading list entries 2
comments 9   reads 41

I guess I'm naked! It's nice to be the first to arrive for once! :D

Re: Re. The Coven
Zazzles (Broom)
18th Oct 2020 8:47pm
Nope youњre not naked lol stay tuned your role is most respected! I added Johnny too have another looksee!
Loves you
Hugs
Jackie ❤️

Read poems by Zazzles
Re. The Coven
badmalthus (Harry Rout)
Yesterday 10:04pm
LOL Ah yes, the hypnotist in me...thank you for making me a white witch, Jackie.
🙏 Harry

Read poems by Zazzles
Re: Re. The Coven
Ahavati
Today 3:28am
Very NICE, Jackie! I love how inclusive you try to be. xo

Re: Re. The Coven
Zazzles (Broom)
- Edited Today 8:40am
Today 4:18am
I have a lot going on around me at any given time so my concentration is jeopardized a lot. And when I do have time to look at it, after posting it , itњs then when I see where the improvement are needed, and I know, I should wait and fix it and then post it but I donњt see the mistakes until I post my stuff sadly LOL glad you like it!

I mean after all, you are the highest ranking witch in our coven Ava ! 🧙‍♀️😘

Read poems by Zazzles
Re: Re. The Coven
JohnnyBlaze
Today 2:23pm
"Johnny is also the covens scroll writer, and master potions maker.
He came with broom in hand"

Johnny should probably also have a mop for cleaning up when all the tipsy witches are done spilling their [strike]drinks[/strike] potions.