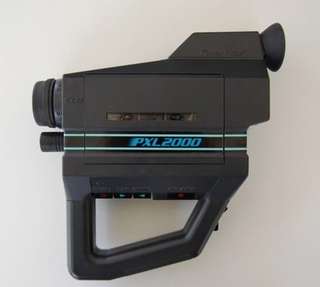 Even though it was a video recorder, it used audio cassette tapes. But it only worked with High Bias tapes. A free cassette was included with the camcorder but I had to buy other High Bias tapes.

Because regular camcorders cost around $1000 at the time, $100 was very cheap (even though the PXL 2000 was black and white). The PXL 2000 was probably popular in 1987 and 1988 but it's no big deal today. Now everybody can use their Smartphones as camcorders and they are in color.

Written by randyjohnson
Published 16th Oct 2020
Like This?
Poems by Author
Comment
#anniversary #nonfiction
All writing remains the property of the author. Don't use it for any purpose without their permission.
likes 0   reading list entries 0
comments 0   reads 19
Commenting Preference:
The author is looking for friendly feedback.