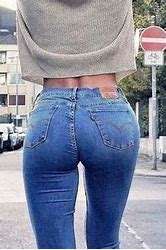 Back in the mid 80s, my girlfriend, I and a few close friends, partied hard for about a year. We did coke, or rather, we smoked it.

Well, anyone familiar with this knows that as soon as you take a couple of hits, your mind goes crazy with thoughts of sex and anything to do with sex.

We ways did it at our place so being comfortable was easy.

She would put on a big grin and strip down to her sexy panties right away which got everyone dick up. After a few hits, I would slip out and either the front room or if we were out there, then I go into the bedroom. Everyone started in talking about sex and she made sure by initiating it if nobody was talking about it yet.

She easily had any of our friends hard as nails in no time and she loved the effect she had on them. The hard cocks got her going even more than she was dry and of course this made sure the sexual tension staid high.

One night to all our surprise, she blurted out how she'd love to be eaten out while taking a hit for a special kind of rush. Our closest 2 friends, one her ex the other an ex roomy, let out a moan at hearing that at the same time as did I when I heard it.

She also mentioned how being jack hammered doggy style was her favorite way to get fucked and her ass looked so good while on her hands and knees and no one argued about that.

She then came out to tell me, that now Neil was hard and ready for anything and she didn't think she should hold back if pushed a bit. I said that whatever she wanted was all good while stroking my cock the whole time.

She went back in the bedroom and a few seconds later I heard both guys gasp and say OMG she apparently had taken her panties off and sat back down to take a hit. Now Neil was a bit taken back and said he had to go but Don, her ex stayed. As soon as Neil left,

He then got to his knees and sank his cock into her in one swift stroke and started with several hard strokes then he'd stop and eat her more then he'd keep repeating that many times sending her to orgasmic heaven. He then flipped her over into doggy and started to hammer her as hard as possible and being high on coke, for a solid 20 plus minutes. I came twice just watching and she lost count of her orgasms.

She came out and brought the lube and gave me a hand job for a third shot and then went back for a 3hour fuck fest with Don until he was spent. She could have gone for many more hours but we were both spent. This same thing happened each time we partied and for that year, we had a lot of juicy sex almost every night.

A couple times she started to give Don and then finally Neil, a hand job but it turned to nasty fucking too soon for me but she just loved to be fucked hard and couldn't hold out. I sure miss those days and never had the same nasty sex with anyone quite like with her.

Written by nutbuster (D C)
Published 25th Sep 2020
Like This?
Poems by Author
Comment
#lust #sex
All writing remains the property of the author. Don't use it for any purpose without their permission.
likes 3   reading list entries 1
comments 16   reads 167

Commenting Preference:
The author is looking for friendly feedback.
Re. Sex and Coke in the'80s
SweetKittyCat5
26th Sep 2020 2:57am
Very nice byline.. the title did threw my off a tad … enjoy your evening my friend , and may a better tomorrow greet you

Re: Re. Sex and Coke in the'80s
nutbuster (D C)
26th Sep 2020 3:07am
thanks my friend for your read and comment you as well if I remember you start your class's on Monday do your best to rest up over the weekend

Read poems by nutbuster
Re: Re. Sex and Coke in the'80s
SweetKittyCat5
26th Sep 2020 3:22am
I got a pedicure, a manicure, a Brazilian way and got my colon cleaned this poetess is ready and thank you my friend for the encouragement.. always

Read poems by nutbuster
Re: Re. Sex and Coke in the'80s
SweetKittyCat5
26th Sep 2020 3:31am
Do you have any plans this weekend.. I have been meaning to ask you, have you ever been to New York

Read poems by nutbuster
Re: Re. Sex and Coke in the'80s
SweetKittyCat5
26th Sep 2020 4:14am
Yes...you will my friend, a man of your poetic caliber would sound so good upon open mic...your words bedazzling everyone.. well the ladies