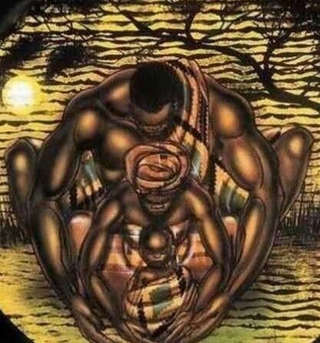 MISCONCEPTIONS BEHIND THE SCENES

There comes a time when we have to change the dimensions of our sight, as we evolve and elevate with the sounds and smells and taste and touch and feel and see things, for what they are and not what we wish them to be due to the misconception of lies. For you ask who's lies am I preferring too? Well let's take a leap out on faith and trust, the mere subconsciousness of your mind eyes, as you step back into time of long ago but never forgotten by the elders before there was ever a YOU OR I. Do You Remember the stories told of long ago pass down from generation to generation of the darkness, that sometimes controls the very existences of our lives, as black people in a far away place living off the land deep within the sanctuary of MOTHER EARTH. As there were times when we will dance and sing and give praise, to the skies in our own spoken language thanking him for this beloved land. Yet there came a time when we had to face the devil eye to eye as Warriors and Fighters, unafraid to die upon our feet as we refuse not to die on bended knees. For we had pride and courage and strength and endurance, from the very existences of our being children's of the golden sun, but yet at last time slowly began to change into something more horrible and terrible. As our land was taken as some of our black people were killed, and slaughtered in cold blood some were hung or burn to death by the very same tree that is suppose to give us life. Yet during all that madness and insanity our women's were, being raped of there honor and respect only to later give birth to another child not really apart of them? But force upon them by a devil in human skin. But it didn't stop there you see for just take an minute and look as you fast forward to seeing, where we are nowadays do you see the same images as time has a way of reconnecting us always to the past. For over time some things have change but others remain the same, as there is still division and separation fuel by the darkness of hatred and jealousy and greed and corruption and power and control.