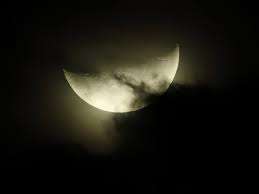 Manifest of The Monsoonal~ Autumnal Nights


hazy smeary crescent moon’s a scarface...
tantalizing in faint visibilities .. a dull pain
is in an abominable rise in these dreamy
eyes... as zigzaggy chelating cloudiness
monsters are in their gallopy hide & seek
eclipsing shutdowns...

are now  the eerie consuming black boulders
in burial avalanches.. of a silent matte ghostly
opacities…


mating drones & queens of the magical winged
ants.. of a shrilly damp monsoonal pheromonal airs...
abuzz sudden in intimately invasive jetflights, as if
piercing the core cochlear caves in an unstoppably
unaware stealth entries... of drummy reverberations..
an another kind of a needy pain..

…in a starry exploding birth.. an  eight petallous
Parijaata chakra bloom to the fruition bolls-
an ouroboros chasing sacred pinwheel .. of a
deity in Avatar , its silk-cottony white feminine
power form

Re. Manifest of The Monsoonal~ Autumnal Nights
DanielChristensen (The Fire Elemental)
23rd Sep 2020 3:01am
It seems a deeply charged journey through the inner and outer energies of life, the universe of the body, mind, the mind and body of the universe, inverted, surging through one another. You are like a symphony of beingness. Its gorgeous to contemplate.

Re. Manifest of The Monsoonal~ Autumnal Nights
badmalthus (Harry Rout)
23rd Sep 2020 11:12pm
A slow ride amongst the stars...one feels the free flowing of energy of love in every line. Wonderful uma.
🙏 Harry