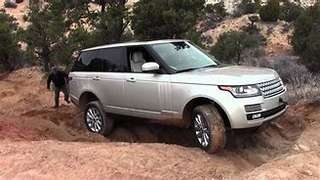 However the remaining three virgins had other ideas and did not intend to let me rest.
Standing to their feet the three of them came and knelt beside me. One of them took the vial of ointment and began to massage it into my chest another slid her mouth over my semi hard cock and the third virgin placing herself so that she was knelt astride my upturned face. As she lowered her sweet, scented cunt onto my mouth I felt my cock hardening inside the other girl's wet mouth as she sucked greedily on my shaft in an effort to get it fully erect again.

It worked and I moaned loudly into the pussy in my mouth as I felt the tightness of the girl's lips around my cock and I began to buck my hips in an effort to increase the pace. With my hands gripping the waist of the girl on my face, my tongue ramming hard and deep into her, I thrust upwards into the waiting mouth of the other girl.

Suddenly her mouth left my cock and I heard the movement as she re positioned herself. The next moment I felt my cock enter her tight pussy as she lowered herself onto me. Slowly she allowed my thick shaft to penetrate her until she suddenly dropped her body and sending my cock ramming into the depths of her wetness. Her virginity gone she proceeded to ride my cock hard and fast until I felt her body shudder on top of me as she came. The hairy pussy in my mouth also suddenly jerked and I felt her juices pour down onto my mouth as I began to suck and lick frantically at her.

Before my cock had a chance to feel the fresh air the girl I had been sucking scrambled to her feet and she too lowered her dripping pussy onto my cock. Again she suddenly dropped herself and impaled my cock deep into her. She came a second time at the same moment that she lost her virginity and I felt her shaking as she continued to ride me. Suddenly I felt my cock ready to explode again and quickly pulled her off of me.

I looked around for the final virgin as I struggling to my feet, but by now my mind had no idea which girls I had fucked and which one yet remained. Seeing the look on my face the final virgin stepped forward and dropped to her knees in front of me. Her mouth encircled my stiff shaft and began to suck slowly but deeply as my hips moved back and forth; sending my cock deep into her mouth.

I suddenly pulled out as I knew I could not last much longer and, laying her on her back, I climbed between her legs as I held them wide open and slid my shaft into her.

I pulled out of her and quickly thought about how I was going to use up my final eruption; but the girls had already planned it out between them and they suddenly laid down on their backs on the thick cushions, opened their legs, and began to rub and finger their own slits as they looked up at me standing above them.

Taking my cock in my hand I began a slow, forceful struck as I gazed at the sight beneath me. I held out for as long as I could as I watched each girl fingering her own, wet cunt in an effort to attain a final orgasm. I stopped jerking for a few moments and just stood there running my fingers gently up and down my pulsating shaft. Suddenly I heard one of the girls moan loudly and watched keenly as she brought herself to orgasm. She then turned to the girl next to her and drove her tongue deep into her pussy and until she too, felt her orgasm ripple through her.

One after the other they brought themselves to a climax as I stood watching the amazing sight beneath me. I took my cock in my hand again and was about to start jerking when I felt the closeness of a body behind me. I turned suddenly in surprise to stare into the sexy eyes of my wife Linda.

Beside her stood Adele, both were totally naked. I froze for a second before Linda reached her hand out and took hold of my thick shaft. Adele wet her finger in her mouth and slid it slowly into my ass. I almost screamed in pleasure as Adele began to ass fuck me and Linda began to jerk my cock harder and faster. My whole body stiffened as I felt the rush of sperm as it shot up my pulsating shaft and blow out over the bodies and faces of the girls beneath me until each one of them had my hot Cummings over their faces, tits and body. Even their dark hair was splattered with my white sperm.

Adele pulled her finger from my ass and dropped to her knees in front of me. Linda, at the same time, released my still dripping cock and she joined Adele on her knees to wrap her mouth around the shaft of my Simi hard cock. But, amazingly, it began to harden yet again as Linda's mouth sucked it deeply into her. Adele began to lick my balls and I was suddenly ready to go yet again. I grabbed Linda's red head and began to pump my hips into her mouth as Adele continued to suck and lick at my balls. Out of the corner of my glazed eyes I saw the girls rise from the floor and soon I was surrounded by naked, female flesh. I felt myself pulled to the floor and almost every inch of my body felt either groping hands, licking tongues or a mouth sucking deeply on my throbbing cock.

At that stage I knew not whose mouth was sucking me, whose fingers were probing into my ass or whose wet cunt was in my mouth. I came. Suddenly, forcefully I came.

The hot desert sun hit my eyes as I gingerly crept from the tent. My body was stiff and my pussy had almost certainly expanded an inch in diameter from the many cocks that had invaded it the night before. Memories of all those lovely cocks were floating around in my dazed mind as my eyes grew accustomed to the intense brightness of the Algerian sun.

A Bedouin Tribesman stood, wearily, a few feet from the entrance through which I had just crawled. He looked at me and smiled.

During the gang bang of the night before; I had seen few of the faces of the men who had fucked me. I had just enjoyed their hard cocks as they had reamed into my pussy, my mouth and my ass. As I smiled back at the Arab guarding our ‘fuck’ tent I wondered if his cock had been one of those that I had enjoyed; or maybe it was Adele that he had penetrated. It was obvious from the smile on his face that he had fucked one of us at least. Maybe even both.

As I stood gazing around the encampment I was joined by Adele who took me in her arms, ignoring the look on the Bedouin’s face as he watched, and kissed me tenderly and erotically on my wet and willing lips.

Good morning sweet Princess, how are you? I looked deep into her soft eyes and ran my hand gently through her soft hair. I’m fine sweetness. I slept like a baby after all the sex last night.

We stood there under the hot desert sun as it lit up the golden sand of the dunes on one side and sent the opposite sides into almost total blackness. The nomad camp was almost deserted as Adele and I stood looking around at the scenery before us, our arms around each other in protection. Although we knew we were safe and would soon be on our way back to the oasis the comfort of Adele’s arm around me made me feel safe. Eventually we turned and re-entered the tent to awaken Curtis who had almost passed out in exhaustion from fucking so many lovely virgins, as well as Adele and me afterwards.

Two hours later the three of us were helped into a Range Rover’ by the Bedouin leader himself’ and he bid us all a safe and enjoyable trip and thanked us all profusely for our services the night before. The grin on his face showed that he had also taken part in the sex at some stage; and again, as I had with the guard, I wondered if he had fucked me or fucked Adele.

Re: Re. Our Sexy Flights part 22
nutbuster (D C)
22nd Sep 2020 00:59am
thank you my dear friend for read and comment have awesome evening and pop the cork pour a cool one for each of us

Read poems by nutbuster
Re: Re. Our Sexy Flights part 22
SweetKittyCat5
22nd Sep 2020 2:26am
I do have a bottle of vintage champagne and an empty couch...care to join me..lol