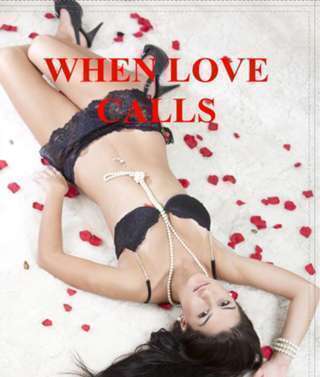 Zaniyah sat at a lengthen table surrounded by men of ranking distinguish, politicians, and the Russian elite. Some men were talking among themselves in various languages.

Dmeshii leaned over and whispered in Zaniyah’s ear, “I cannot wait to get you under the covers again. You shall make me many great heirs.”

Zaniyah felt someone’s eyes on her. She looked across the Grand Dining Room. Her eyes locked with a man whose facial expression seemed ruffled. His dark-brown eyes continued to stare at her.

Zaniyah swarmed in her seat.

Dmeshii looked at Zaniyah; he turned his head in the direction of her curiosity.

“I would like to know why the man in the white thob looks upon Dmeshii’s woman with lust, and me with hatred,” Dmeshii whispered to his bodyguard sitting at his side. “Bring the fuck to my table.”

Dmeshii’s bodyguard stood. The other four joined him.

Zaniyah saw Dmeshii’s bodyguards walk in the direction of the stranger and the other men who sat around his table.

“Be cool everybody, here comes trouble.”

Special Field Agent Kline glanced down at his watch. They had to stall their company for ten more minutes.

“Hey you.” Dmeshii’s bodyguard slapped Marcus on the back. “Mr. Yukisovo requests you at his table.”

Marcus glanced at everyone around the table. Mr. Ramo nodded his head at Marcus.

Marcus scooted his chair back and stood; he felt the back of his thob for his weapons. Marcus followed Dmeshii’s bodyguards.

Zaniyah looked up into the stranger’s eyes who held her attention in return.

“I am Prime Minister DelMod from abroad.”

“Prime Minister DelMod, please join my table. My talks with my immediate circle were just concluding.”

Dmeshii’s soldiers ran over to the table, surrounded it, and then withdrew their weapons.

Each man at the table, stood.

Dmeshii’s Sovientnik’s pointed the tip of his M16 into Special Field Agent Kline’s back.

Marcus looked over at his table. He glanced down at his watch. He had three more minutes until their plan goes into effect.

Everyone seated began to whisper between himself and herself.

The lights within his Sovientnik’s château flickered and then went off.

Everyone in attendance began to scream.

Everyone standing bumped into one another.

Marcus removed a small flashlight from his back pants pocket. He held onto Zaniyah’s hand for dear life.

There was a loud explosion heard, followed by two more.

Marcus and Zaniyah made it outside safely.

Both ran in the direction of a military chopper the tall hedges shrouded.

Gunfire ricocheted off the tree barks.

“Do not look back beautiful woman.”

Marcus removed his headdress, and then peeled the full beard from off his face; he dropped the items on the lawn.

“Hurry up nephew, those fucking bullets are getting closer,” Mr. Ramo shouted.

Marcus heard a bullet whiz pass his head. He stopped and turned around; he placed Zaniyah behind him.

“You take another step you die. Come here Zaniyah.”

Marcus grabbed Zaniyah by the arm and placed her behind his back.

“This woman is mine.”

Dmeshii laughed. He looked at his bodyguards whose weapons were aimed at the helicopter.

Marcus firmly grasped Zaniyah’s upper arm and placed her back behind him once again.

“Director Modarius, you have less than a minute to step away from my woman. If not, your soldiers will die. And then I will let you watch me fucking my woman, before you join them.”

Marcus did not move.

“Motherfucka, if you did not have your soldiers behind your command, then we will see who the better man is.”

Dmeshii’s soldiers cocked their guns in union and aimed it at Marcus’ chest.

Zaniyah palmed Marcus’ lower back out of fear.

Dmeshii looked at Marcus and laughed; he then spitted at Marcus’ feet.

“I have never engaged in a fist-to-fist combat, but the American has forced Dmeshii’s hand for his soon to be ex-woman. Relax soldiers.” His soldiers lowered their weapons.

“The winner the woman’s hand,” Marcus stated with creed.

“And the loser death by my hands,” Dmeshii replied with a deadly intent.

Marcus did not give Dmeshii a chance to take it off completely; he dropped his head and barged into him.

“Stop it, before you kill him.”

Zaniyah ran over to the two men. She kicked Dmeshii in his side.

Dmeshii grabbed Marcus around the neck and choked him.

Marcus took both of his arms, and flagged them out. He stood and stomped Dmeshii in his stomach several times.

Special Ops Ton jumped off the chopper. He ran over to Zaniyah and grabbed the weapon from out her hand; he lifted his thob, and placed it inside the waistband of his pants.

Dmeshii and Marcus staggered to their feet.

Dmeshii pulled a knife from out his back pants pocket.

Dmeshii flipped his knife open and concealed it at his side.

“One thing you said I agree with.”

“Speak before you die nigger.”

Marcus withdrew his glock and his 357 Magnum Revolver from out the back waistband of his pants.

Dmeshii looked down; shock registered in his eyes, his knife fell from his grasp, his body slumped downward and then forward.

Special Field Agent Kline placed his weapon back inside his gun holster worn under his thob. He turned around and ran back to the military chopper.

Marcus placed his weapons back inside the waistband of his pants.

Zaniyah threw her arms around Marcus’ neck and cried against his shoulder blade.

Zaniyah withdrew her face and looked up.

Dmeshii’s bodyguards concealed his body within a circle.

“Hurry baby, we have to reach the American Embassy.”

Marcus and Zaniyah ran and boarded the chopper.

“Man get this fucker into the air.”

Everyone fired their weapon at the congregation running in the direction of the chopper.

The chopper ascended toward the sky.

Each man uprooted their assault rifle and rested it between their thighs.

Mr. Ramo leaned over and patted Marcus on his back.

“No need too. Its part of my job to protect American citizen’s abroad.”

Zaniyah looked down from the chopper; she caught a glimpse of Dmeshii’s corpse.

Marcus pulled Zaniyah to him and hugged her.

“I love you beautiful woman.”

“I love you to Director Marcus Modarius.”

“Are those motherfuckers gone,” Dmeshii stated.

His bodyguards looked up as the chopper disappeared over the horizon.

Dmeshii sat up. He popped his white shirt open. He rubbed over the soreness throbbing under the two Kevlar vests he wore.

“Mr. Yukisovo, should we pursue?”

“No, as long as they think I’m deceased the better, I can sneak into American, grab my woman that nigger has taken from me, and continue to operate my business as before; however, without the legal hindrance.”

Dmeshii stood with the assistance of one of his bodyguards.


This was the first book, When Love Answers, is the Second Book

Written by SweetKittyCat5
Published 4th Sep 2020
Like This?
Poems by Author
Author's Note
This is a chapter from one of my many published novels. I will be adding a chapter as fitting to celebrate life in general

SKC
Comment
#corruption #lover #passion
All writing remains the property of the author. Don't use it for any purpose without their permission.
likes 2   reading list entries 0
comments 6   reads 93
Commenting Preference:
The author is looking for friendly feedback.
Re. When Love Calls (Chapter Thirty-Four)
nutbuster (D C)
5th Sep 2020 1:00am
well I see that Russian still lives for now soon he be walking in the clouds if he try's to get her back on the lad of the brave and from Marcus

Re: Re. When Love Calls (Chapter Thirty-Four)
SweetKittyCat5
6th Sep 2020 7:50pm
Yes... he lives and breaths in When Love Answers. I only wrote three chapters, I will post somewhere in time and thank you for reading and then taking the time to comment. Have a super duper day my friend and a pleasant evening

Re: Re. When Love Calls (Chapter Thirty-Four)
SweetKittyCat5
6th Sep 2020 7:56pm
Why thank you my handsome poet for staying with this tale to the end, and that goes double for reading. I am wishing you a relaxing day and sweet evening my handsome poet

Read poems by SweetKittyCat5
Re. When Love Calls (Chapter Thirty-Four)
Solomon_Song
5th Sep 2020 9:40pm
That was a twist to see Dmeshii rise from the apparently-dead. Will there be a sequel?

Re: Re. When Love Calls (Chapter Thirty-Four)
SweetKittyCat5
7th Sep 2020 5:59am
Actually there is and it is titled, When Love Answers and I only have written three chapters, thank you for staying attuned to this story and the support my wise poet. Good morning to you and have a great day