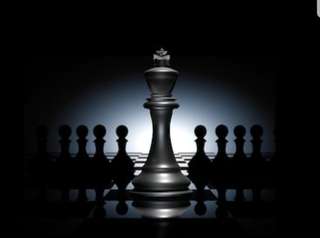 I pin down knights and fight to win by any means
Moving strategic with logic without spilling the beans
Like in the scene from Juice, I'll reduce her Bishop
Dropping 'em with a rook hook; killing her kinship

There's no friendship in war over a sixty-four squared board
Eight by eight 'til checkmate, so do what you can afford
Cause I'm as Ford tough as an off-road, big bodied truck
Sending head shots that'll pop his top if he doesn't duck

Four hundred bucks being chucked at her old, bitter soul
Guess that wasn't enough cause now she's gotten sole
Stole one more precious than gold so there'll be no en passant
I'm choosing to dismantle and handle it all like a savant

Even Avant's music can't cajole an old, stale mate
December fifth twenty twenty one's the final date
I can't wait and that'll be the day that I'll be free
Now I'll just focus my scope & aim it at a degree

Written by da_poetic-edifier (Damon)
Published 4th Sep 2020
Like This?
Poems by Author
Author's Note
For the Chess or Death comp
Comment
#betrayal #LifeAsAWriter #LifeStruggles #war #wisdom
All writing remains the property of the author. Don't use it for any purpose without their permission.
likes 3   reading list entries 2
comments 4   reads 82

Commenting Preference:
The author encourages honest critique.
Re. Checkmate An Old Stale Mate
FATBOY300PLUS
4th Sep 2020 8:47am
I take it somebody's "on paper" obligations will be ending

Re. Checkmate An Old Stale Mate
Stoney223
4th Sep 2020 1:08pm
I truly enjoyed this stimulating spill of exchange between the subconsciousness of awakening deep raw and uncut respect brother poet 🤗👊👊👊🙏👁

Re. Checkmate An Old Stale Mate
wallyroo92
11th Sep 2020 1:19am
Damon that was straight fire.
Good luck in the comp sir.