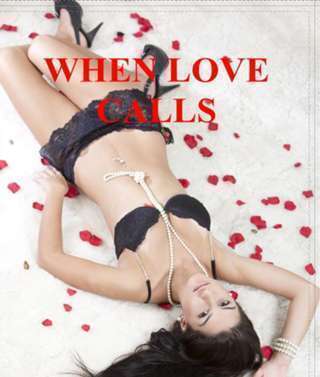 Marcus walked out of the bathroom. He looked down at the bed, his white thob and white ghoutra laid across it. He hopes the plan that everyone agreed upon works. He wanted this damn nightmare to end.

Marcus lifted his attire and began to dress. He looked over at the igal that sat on top of the dresser. He wanted nothing more than to be in New York right now with his beautiful woman.

Zaniyah stood at the dresser admiring her presence in the mirror. Her reflection looked nothing like her. The make-up artist summoned by the house servant did a spectacular job. Her best features were more prominent. The bronze blush to her cheeks highlighted her skin.

There was a knock at the door.

Zaniyah clenched the knot in her towel. She turned toward the door.

Dmeshii twisted the doorknob and entered one of his guest bedrooms. He pushed the door close.

“I was wondering…you look very beautiful.”

“Thank you, you must give credit to your house servant. She rules this residence with an iron fist.”

Her eyes darted down to his hirsute chest wall, to the white towel knotted around his mid-section.

“Did you need anything?”

Dmeshii slightly cocked his head to one side. He looked down at Zaniyah’s legs.

“Could you provide it to me if I tell you?”

“Make love to me Dmeshii.”

Zaniyah could not believe she asked him that.

Dmeshii carried Zaniyah over to the bed. He leaned over and braced Zaniyah’s back against the silk bedcovering. He uprooted his person and unraveled the towel from around his midsection. He leaned downward and unknotted Zaniyah’s towel and opened it. He joined her in the bed. Dmeshii leaned his head downward and took one of Zaniyah’s breasts into his mouth.

Dmeshii held Zaniyah’s arms down; he sucked on the other breast.

My God, the man’s chest was huge and muscular she thought.

Zaniyah looked down at Dmeshii’s manhood. She did not know if her vaginal walls were ready for another bout with the width and length of his solid erection.

“Your skin is so smooth, and touched with a beautiful hue. I can’t stop myself from wanting to touch you. Oh God I’ve wanted to taste you all day long.”

Dmeshii lifted Zaniyah from off the bed. He held her over his head.

Dmeshii held Zaniyah under her arms so she would not topple over. He backed her spine against the wall and began to insert his tongue inside of her.

Zaniyah held Dmeshii around his head, as he continued to stick his tongue in and out of her pussy.

“You are so beautiful, I know you arrived here under a set of different circumstances, but for now, this is our time.”

Dmeshii bent his face downward and kissed Zaniyah’s lips; his lips skated down to kiss a breast nipple.

Zaniyah palmed the sides of Dmeshii’s face in the cup of her palms and lifted his face upward. She leaned her face upward and kissed him. She opened her legs wider.

Dmeshii dropped his hand down to his dick. He massaged the opening of Zaniyah’s womanhood with the tip.

Zaniyah looked down. From what she could see.

There was no way she could handle the size of his manhood again.

Dmeshii kissed Zaniyah on the lips. He attempted to enter his manhood into Zaniyah’s taut vaginal canal. It was too constricted; he had to inch back.

Dmeshii inserted the tip of his penis inside.

Zaniyah held her breath as Dmeshii’s dick slipped over the threshold of her pussy.

Dmeshii grabbed Zaniyah’s buttocks and began to thrust inside of her.

Zaniyah held Dmeshii by his upper arms and gyrated her pelvis into his groin.

Dmeshii kissed Zaniyah while stabbing his erection inside her. The tautness of her vaginal walls increased his need to drive his manhood deeper.

“Oh Dmeshii, you feel so good.”

Zaniyah kissed Dmeshii on the mouth; she then kissed the curly hairs springing from off his chest. Zaniyah wrapped her legs around Dmeshii’s limbs she continued to move her body wildly.

Dmeshii pumped faster. He kissed Zaniyah’s lips; he scooted back and sucked on a breast.

Zaniyah pulled Dmeshii’s body back against hers. She was about to climax.

Dmeshii pumped harder; he arched his head backwards and released himself.

Dmeshii’s seed rumbled out of him.

Zaniyah withered her body to the energizing sensation; she held Dmeshii tighter and climaxed.

“Shit...shit.” Dmeshii groaned. “Fuck your pussy is grabbing the tip of my dick.”

“Please tell me that you do not have any communicable diseases?”

“I do no waste my time lifting every woman’s skirt.”

Dmeshii inched his face back; he looked down into Zaniyah’s eyes. He licked over one of Zaniyah’s nipples.

“I still despise you for…for this kidnapping.”

“You’re not the woman for me.”

Dmeshii began to move his manhood inside Zaniyah’s vaginal cavity.

Zaniyah wrapped her legs around Dmeshii’s waist. She kissed his lips.

Dmeshii lifted himself from off Zaniyah and flipped her over. He positioned her buttocks in front of his groin and entered her from behind.

Dmeshii began banging his dick inside Zaniyah’s pussy. He leaned downward and cupped her breasts from behind.

“Aah baby, your dick feels good in there.”

Zaniyah placed her palms on Dmeshii’s thighs to brace his penetrating piercing.

The man’s dick was nothing to reckon with.

Dmeshii took Zaniyah’s body to the bed as a ton of his essence shot into her. He palmed Zaniyah’s hips as his release saturated her womanhood.

Zaniyah hoped she would get her monthly on time.

Dmeshii kissed the back of Zaniyah’s neck and disengaged his flaccid manhood.

Zaniyah turned around onto her back.

“That is what I call taming your mouth, and I still do not like you.”

Dmeshii leaned downward and kissed Zaniyah on her lips tenderly.

“That goes without saying.”

“You will always keep this man’s dick quite satisfied.”  Dmeshii leaned down and kissed Zaniyah again. “Join me for another sponge off.”

“I think I could handle that.”

Dmeshii got off the bed, and held his hand out to Zaniyah.

Zaniyah placed her hand in Dmeshii’s hand and rose from the bed.

Both walked into the bathroom.

Zaniyah relaxed her back against the soft leather seat. She looked over at Dmeshii undetected. His dark blue double-breasted Armani suit made him appear dangerous to her, but yet safe. She could not understand why her palms continued to itch with a physical craving every time she glanced at him.

Dmeshii turned his head and caught Zaniyah staring at him he smiled at her. He reached over and laid his palm over her hand.

Dmeshii’s bodyguard asked him a question.

Dmeshii lifted his hand from Zaniyah’s hand and surrendered his attention.

The limousine came to a complete stop.

The chauffer held his hand out to her.

Zaniyah clasped her in his and exited the limousine.

The chauffer pushed the door close.

Dmeshii leaned over and whispered to two of his top aides, “I need you two to keep a close eye on Zaniyah. During this gathering no one is to get one hundred yards of her presence.”

Everyone made the journey to his Sovientnik’s residence.

Zaniyah looked over the grand style château. She noticed several guards surrounded every inch of its existence.

“This gathering will conclude at an appropriate time and then you and I can concentrate on making Dmeshii some male heirs.”

Marcus had to place his night vision binoculars down on the ground. He could not believe Zaniyah was consorting with a high-ranking member of the Russian Cartel as if she didn’t have his heart.

Mr. Ramo looked through his night vision binoculars; he counted the guards, dropped his binoculars, and then looked down at his watch. He refocused his binoculars and scanned the area. He noticed three of Dmeshii’s bodyguards stood at the entrance door talking to one of the posted guards.

Mr. Ramo placed the binoculars down; he looked over at Marcus.

“You all right nephew?”

“What the fuck do you think? I just saw my beautiful woman kissing a fucking Russian Drug Kingpin without a care in the world.”

“Suck it up. Before tonight is over, you will be seeing far worse. Now get over it, this shit is reality here.”

“Men, we move on four. Remember the planted bombs will detonate in a half an hour. Let’s feed this fucks a dose of their own medicine,” Special Field Agent Kline said.

“Let’s do it,” Special Ops Ton tossed back.

Written by SweetKittyCat5
Published 2nd Sep 2020
Like This?
Poems by Author
Author's Note
This is a chapter from one of my many published novels. I will be adding a chapter as fitting to celebrate life in general

Re: Re. When Love Calls (Chapter Thirty-Three)
SweetKittyCat5
2nd Sep 2020 8:08pm
Your sweetest wish is my every command and thank you my handsome poet for reading all over me and then writing such a beautiful comment. I do hope you are enjoying your Hump Day as well

Re: Re. When Love Calls (Chapter Thirty-Three)
SweetKittyCat5
3rd Sep 2020 2:40am
As an Aquarian, I am always with in true spirit to inspire, and tp intellectually progress you to a  higher plateau in this realm we call life. Now smile for me and have a great evening my handsome poet

Re: Re. When Love Calls (Chapter Thirty-Three)
SweetKittyCat5
4th Sep 2020 4:26am
Thank you, you are so nice my handsome poet, do enjoy your evening as well

Re: Re. When Love Calls (Chapter Thirty-Three)
SweetKittyCat5
4th Sep 2020 4:32am
I will now, and thanks my handsome poet