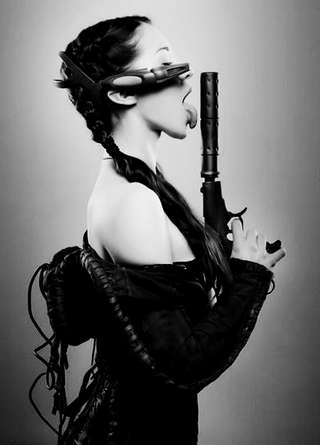 Evidently, there’s no cure for stupidity...

When uneducated stupid people go to extreme lengths to concoct lies to ruin ones reputation and credibility, that behaviour speaks more about those willing to conspire against you whilst launching a psychological attack on your well-being, than you.

Especially, when you measure the credibility of the said people, who throughout their limited life experiences stuck in a small town and their proclivity for self medicating as they have nothing better to do whilst spreading malicious gossip, all in an attempt to destroy the name, hard work and success of another.

Another, whom they could never be as they’re too lazy to pursue goals that grow them into a better human being.

Well. The truth always prevails, and it defends itself instead of talking shit about shit they know nothing about.

Scum like that never evolve as they continue dribbling BS as a strategy to hide behind their own fucked up behaviours.

Acknowledging, that most small towns are home to the aforementioned, along with the liars and cheaters that’ll go to extreme lengths to deflect from their own inefficacies in an attempt to feel somewhat better.

Noting, that the said parties are hardly qualified to provide an adequate summary of facts when they fail to understand that a cohort of skilled professionals have already applied their lens over the situation whilst cross referencing the facts as they unfolded.

Had there been any inkling of truth in terms of the gossip; those responsible, would have been held accountable, and the defining moment can oft be found in the fact that lies, told by liars and cheaters, hold no weighting in terms of credibility.

Gossip, is what the jealous haters harness to make themselves feel better for the miserable shitty life they each chose to live whilst lying to themselves, and everyone else around them.

Hardly, the most credible well balanced and dexterous cohort when they spend much of their waking hours ruminating over the miserable life they lead based upon the stupidly reckoned choices they made.

When you’re capable of standing on your own two feet in a calm peaceful solitude, whilst living independently, you don’t need to surround yourself with those kind of shitty inadequate people.

Clearly, there’s no cure for such blatant stupidity... and time is very telling when it comes to the truth revealing itself, and those who trespass against you !

Written by shadow_starzzz
Published 29th Aug 2020
Like This?
Poems by Author
Comment
#apathy
All writing remains the property of the author. Don't use it for any purpose without their permission.
likes 6   reading list entries 2
comments 6   reads 160

Re. Evidently, there’s no cure for stupidity...
averageJoe69 (Ron Summers)
29th Aug 2020 8:19am
At sometimes stupidity comes from us all we can only hope we learn not to make the same mistake twice
Strong piece
Ron

Re. Evidently, there’s no cure for stupidity...
DevilsChild
29th Aug 2020 12:35pm
I feel any more so many people have their own version of the truth. Or maybe a twisted version. But I try to look at everything as it's origins. Truth is always truth no matter how some people want it to be something else.

Re. Evidently, there’s no cure for stupidity...
Blackwolf (I.M.Blackwolf)
7th Sep 2020 3:24am
Small towns have nothing to do with the quality of the people...

People themselves , always have choice...( to me cities are far worse )

We always may become more than we are...