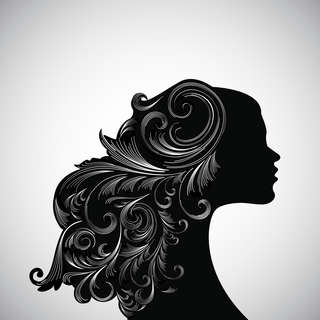 Straight Talk Live (Anger, The Emotion Of The New Dawn)

We are slowly surpassing nationwide protests. The loud outcries of injustice, which has permeated our streets. By trail of error in the year 2020, we, as citizens are mending rifts of the past, to clear a passage for all great occurrences to manifest.

As we march to pre-select our next Commander in Chief, who will continue to lead this great nation as he sits upon the throne at 1600 Pennsylvania Avenue. May the appropriate choice be the benediction as we try to resurrect to be the better nation, not to make America great again, but to fix in American what is considered fractured; as I stand that is disparity.

It really is an immoral disgrace, every nation can come together within its own right to make its nation powerful through the eyes of, technology, trading, commerce, nuclear warfare. Whereas, America is still trying to attempt to catch up; when was the last time you actually have worn attire or have utilized an effective product that is manufactured in American, have driven a reliable vehicle from the Ford Plant, when it needs repair, most parts are readily shipped from aboard as far as Thailand. In addition, please be advised I am not disrespecting anyone who operates a Ford model.

It is an offense by law to dwell in several countries and have the mentality I am cleverer than you. Most, and not all other political administration’s ruling is censored not to speak of their displeasure or portray by broadcasting its daily grievances.

In America, we all have access to practice, adopt, or exercise our Free Will by Constitutional Amendments, which is to uplift, inspire as it rings with pride, and the fruits of its goal, others attempt to emulate with unity. We, as USA citizens have somehow forgotten those core values in not extending among each other.

Here today, we have so much prejudice, a vile crusade led by the discreet' s uproar of indifference to various skin tones, who voice differences in opinions, and to motivate within their own cultures, and ethnic lineage.

We raise or fist in mockery to a demoralizing system that is the laughingstock of other nation’s principles. Why, because we practice, separatism; our ignorance to rely, lean upon other's mentality out of disrespect and mistrust.

The last time I truly witnessed the blending of this nation was during 2001, the 9/11 fiasco. Lives where lost, tears were sheds, disbelief radiated in the cruelness of one’s acceptance. In those peril times, we all grieved the bearings as a nation, we looked for guidance, however, not just one color, to our Commander in Chief to bring healing upon the nation, but as a whole, we rolled up our sleeves in the cleanup process, we donated blood, no one ever signed a waiver who get the pint(s) of our life-force. We held hands, lower flags in half-staff.

And in our wavering faith during that turmoil we embraced in each other.

Fast forward times, we all stand bowing our heads in shame, where one, cries for equality and justice for all, fought hard and won. In as much, others, echoes the sentiments of the long-ago harsh sentiments of the past.

People, we cannot go backwards, it only negates the progress and hinder our footsteps to go forward.

It never would come down to what we write about, what we think we know to make others feel inferior, superior.

When those bombs were bursting in air, did it really give truth to the night that our flag was still there. Yet, the principles of what I am seeing here today, in real time, advises me we have more work to do until this land gives this nation the life, liberty, and the pursuit of happiness for all.

This brings me to my next observation as a tax paying citizen, who contributes to the fundamentals of society’s future.

Why is everyone walking the streets in silent anger. Hiding behind computer screens spewing, hate, rage, discrimination, bigotry, and racism. Are we at the cuspid where emotions, feelings have been hurled in the wind? Not caring what the offensive deeds of our words brings, or who we may hurt in the process when we deliver them.

I have witnessed in aghast, citizens voicing their displeasure with sharing their presences of this country, most have forgotten, we are all in this realm we call life. Propaganda rings true, by the hands of loathing, militia groups are surging at an alarming rate, the left-wings are in full force to assign and carry out their pure blood, one pure race philosophy.

Our blinders have been masked into what is the authentic truth.  Depopulation, by the elite, assignation by government mandated vaccinations, organ harvesting, manmade viruses, implanted microchips, and an alien invasion protocol tactical emerging, yes, researched under our very noses.

In this country’s darkest hours, may the deity whom you pray to or give homage too, grant you mental peace, and instill serenity within your heart to treat accordantly as you deem to be treated.

I will revisit this narrative, next week, there are still factual accounts that must me explored, mainly with the Strawman’s Theory. If perhaps you are not aware of its concept, I suggest you read, therefore when I post my research, you can comprehend for its accountability.

Until our souls entwine to embark in embracing the truth, stay safe, stay strong, and please stay vigilant and blessed, I forecast some dark storms ahead my friends.

And That’s Straight Talk Live For You

Written by SweetKittyCat5
Published 26th Jul 2020 | Edited 27th Jul 2020
Like This?
Poems by Author
Author's Note
It is during our darkest moments that we must focus to see the light.

Aristotle
Comment
#corruption #philosophical #politics #racism #TruthOfLife
All writing remains the property of the author. Don't use it for any purpose without their permission.
likes 4   reading list entries 2
comments 12   reads 108

Commenting Preference:
The author is looking for friendly feedback.
Re. Straight Talk Live (Anger, The Emotion Of The New Dawn)
nutbuster (D C)
26th Jul 2020 10:52pm
will my friend every thing you say is true to me while others will  say you are all wet as some will approve of your words of this day yelling from your canvas there is one thing we all bleed the same in the vanes it is blue once it hit the air turns red yours mine and every ones.

My friend this is one awesome write

Re: Re. Straight Talk Live (Anger, The Emotion Of The New Dawn)
SweetKittyCat5
- Edited 26th Jul 2020 11:57pm
26th Jul 2020 11:18pm
My friend, knowledge is power, in as much, you can even learn from a baby by the echoes of its cries. This world is moving at an alarming pace for us to sit back and play the see no evil, hear no evil, yet we are so fast to speak  of evil. I will always research various related issues that demoralizes society or is degrading to its citizens, to allow me to bring to you my opinions, which is alway open for discussion on an intellectual level, therefore, when you say others my look at me as being wet behind the ear; its advises me, either you have not comprehended the piece in its entirety or that I remotely would even care what others would think when seeking the truth.

Wisdom is the spiritual culprit that moves us mentality in a beautiful way. Thank you for taking the time to read and then adding such a pondering comment, please enjoy your evening and have a blessed upcoming week, you

Read poems by SweetKittyCat5
Re. Straight Talk Live (Anger, The Emotion Of The New Dawn)
nutbuster (D C)
26th Jul 2020 11:52pm
enjoy your evening   ( in my comment others will should have been may say )

Re: Re. Straight Talk Live (Anger, The Emotion Of The New Dawn)
SweetKittyCat5
26th Jul 2020 11:56pm
No worries my friend, I am blessed up to understand and decipher the hidden meaning of one's truth, and the merit for which it is, or not opposed, always; now smile for me and enjoy the reminder of your evening😊

Read poems by SweetKittyCat5
Re. Straight Talk Live (Anger, The Emotion Of The New Dawn)
Phantom2426 (Francisco J Vera)
27th Jul 2020 4:56am
Everything you say is true.  I guess you it's Netwon's Third Law.   For every reaction there's an opposite but equal reaction.  This is our aftermath.  Keep on writing my sweet friend.

Re: Re. Straight Talk Live (Anger, The Emotion Of The New Dawn)
SweetKittyCat5
28th Jul 2020 1:48am
You know you are my sweetest cheering section, and I truly thank you for reading my Straight Talk segments; it is always written with a labor of love to brings ideals, theories, conspiracies to light for comprehension and begin an open dialogue to discuss, maybe within that purpose we can come together in peace. Have a wonderful evening my handsome poet as well

Read poems by SweetKittyCat5
Re: Re. Straight Talk Live (Anger, The Emotion Of The New Dawn)
Phantom2426 (Francisco J Vera)
28th Jul 2020 2:59am
I will have a wonderful evening with you in my heart.

Re. Straight Talk Live (Anger, The Emotion Of The New Dawn)
Valeriyabeyond (Valeriya)
27th Jul 2020 7:18am
You are an inspiration Sweet Kitty
We are experiencing a global culture shift a progressive awakening for some for others Tribalism and confusion
Stand tall I stand beside you

Re: Re. Straight Talk Live (Anger, The Emotion Of The New Dawn)
SweetKittyCat5
28th Jul 2020 1:52am
Ahh.. from one gifted poetess unto another, thank you my sweetness for reading and then adding an uplifting comment. I see you also shine bright like a diamond as well.. Please carry on in educating the masses.. reach one teach one. I am wishing you a great and relaxing evening, and may tomorrow be better to you as today was good, enjoy

Read poems by SweetKittyCat5
Re: Re. Straight Talk Live (Anger, The Emotion Of The New Dawn)
Valeriyabeyond (Valeriya)
- Edited 28th Jul 2020 2:41am
28th Jul 2020 2:38am
Thank you so much beautiful lady
My best to you
I posted a pic I made with you in mind
The poem is Growing Up a Person of Color

Read poems by SweetKittyCat5
Re. Straight Talk Live (Anger, The Emotion Of The New Dawn)
EdibleWords
- Edited 29th Jul 2020 7:27pm
29th Jul 2020 7:26pm
“Our blinders have been masked into what is the authentic truth.  Depopulation, by the elite, assignation by government mandated vaccinations, organ harvesting, manmade viruses, implanted microchips, and an alien invasion protocol tactical emerging, yes, researched under our very noses.”