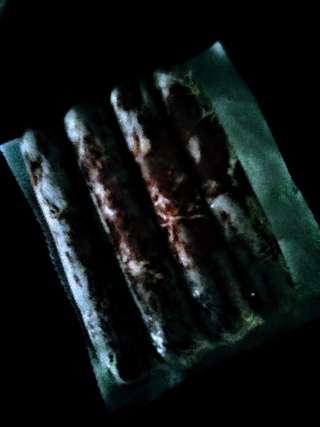 Imagine a guy inviting 15 people over
for a BBQ, he buys one 8 pack of
hotdogs, then he gets a 6 pack of buns
and make his way to the register.
Fast forward and the 8 dogs are on the
grill, the 6 buns are open and waiting.
15 people show up. 7 of those people
notice the 8 dogs and 6 buns and
know they don't want any of that,
they're even questioning why they're
there in the first place. They knew better.

The other 8 people make their
way towards the dogs and buns,
this is where it gets interesting when it
gets down to the last 2 buns and 4 dogs,
Norm gets excited, and watches.
The ones who will fight over that bun
will be the ones he can manipulate.
The ones who didn't go for any food,
Norm knows he wont be able to get
over on them.

It's one of the weirdest psychological
games I've ever had the displeasure of
watching.

If you'd fight for his meager offerings
then he could get you to do dirt,
anyone with any self respect wouldn't
have eaten anything.


Norm at that time drove a Rolls Royce
Ghost so yeah he's a total piece of shit.

I hope one day he stumbles across this.


Maybe I changed the name to protect the guilty, or maybe I didn't. Some will
know, most won't.

Written by nikkimoe
Published 25th Jul 2020
Like This?
Poems by Author
Author's Note
My photo

I was this dudes secratary and personal assistant for years.
Comment
#food #ghosts #manipulation
All writing remains the property of the author. Don't use it for any purpose without their permission.
likes 8   reading list entries 0
comments 12   reads 230
Commenting Preference:
The author encourages honest critique.
Re. Norm's BBQ
FeNyX
- Edited 25th Jul 2020 8:09am
25th Jul 2020 1:19am
I am sorry you had to work in an environment like that ... I was in sales, technical mainly, but left many a job because games like these only served to feed the egos of the 'top dog's over the ones they could puppet for their own profits ... P.S. I only eat vegan hot dogs and grill better than anyone I know ... And love good sides, any bbq without sides is bogus lol ... Awesome as always ... Bless and love ... .

What a prince. I don’t know why you wouldn’t ride out until retirement working for this charmer? O.M.G! You see characters like this on tv however, when you actually know and work with them in real life it’s mind blowing. How do they get to live? Why do they get to live?
I’m relieved you don’t work for this bottom feeder anymore.  I hope where you are now is filled with people who treat each like humans and not like lab rats. Very interesting write.  May he organically rot😉 H🌷

Re: Re. Norm's BBQ
nikkimoe
25th Jul 2020 4:53am
I never had another "boss" again.
I work for myself now its small but growing.
Hes everything i hope never to be.

Read poems by nikkimoe
Re. Norm's BBQ
LilDragonFly
25th Jul 2020 6:08am
Nice poeting ... I believe that everyone we meet has something to teach us ... the stronger the reaction the greater the lesson ... I have had a boss or two like this ... I view them as negative role models ...

Re. Norm's BBQ
Ahavati
25th Jul 2020 2:50pm
Some people have nothing better to do than play mind games with others. This demonstrates their personal mindset perfectly. Great photo, too.