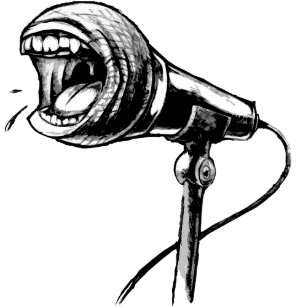 I will fully to having experienced moments of depression. Deep sadness, confusion, mental captivity, and imprisonment. Everyone does at some point. Life is filled with strife that sometimes leaves us walking on the knife’s edge. I confess, however, that today was not one of those moments, in that please trust. However, still into danger I was forcibly thrust. I stared down the barrel of gun today.

Laying prone of the road I stared up at an arm with a clenched fist. Waiting for the irony taste of the punch’s fang. Irony taste, the irony of my fate as consciousness fades. Will due justice be paid? Always I thought thy spirit unbreakable, today taught skin pigment makes violence acceptable. Like an enabler to substance abuse ethnicity ignites the fuse. Victim, offender, violence – asthmatic, steroid, inhaler. Every victim the inhaler of an asthmatic offender’s steroid. The last thought as I lay prone on the road staring up at an arm with a clenched fist.

The reason I said I knew, but felt reluctant to admit, split between boarders. Cultural, national, circumstantial, and historical. The division though, is horrifically minimal. Slight though it is, never more brightly has it shone in sight of public eyes. Feeds, screens, streets sing our cries. Newscasts and radio streams bust at seams with our dying screams. Finally, no longer split between boarders.  Bound are we in union of oppression prayed upon warrior survivors of governmental systemic aggression. Cultural, national, socio-economical, circumstantial, and historical. The division though, horrifically minimal.

Now a question direct to you I must ask in vein, am I a Black American, or an Indigenous Canadian?

Neither…we are victims the same!

Written by Pho3nix19xx
Published 8th Jul 2020
Like This?
Poems by Author
Comment
#CallToAction #HumanRights #racism
All writing remains the property of the author. Don't use it for any purpose without their permission.
likes 1   reading list entries 1
comments 0   reads 36