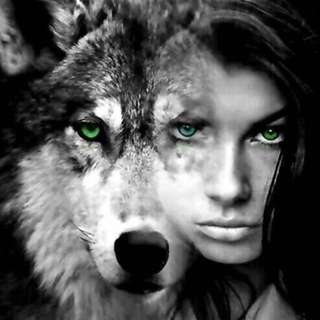 The forest was still in the early hours of a cold autumn morning. The silence was broken only by the breeze through the trees and the restless trickling of a stream running through the middle of a clearing. A ghostly mist slowly danced over the dew sodden ground faintly illuminated by the failing glow of the moon overhead, obscured by a veil of thickening clouds. Nothing moved apart from the crystal clear water. No creature made a sound, and yet among the dark shadows a pair of watchful eyes peered over the clearing and observed the scene with extreme caution, studying every detail as though hunting for any signs of life. The slightest movement or sound, the smallest disturbance would mean potential danger. She was weak, hurt and vulnerable.

A gap in the clouds passed over the moon and temporally brightened the scene. A faint rustle from beneath fallen leaves nearby caused her body to tense, probably just a rodent, but she couldn’t afford to be careless. With great courage she dared to step her paw slowly and as silently as she was able from behind the over growth, placing it on the cold ground with the gentlest touch, then froze again to re assess the danger. With the trickling water beckoning her, she cautiously moved out of her hiding place, and crept toward the stream, each step as delicate and as deliberate as the first. Her grey and white fur was wet with dew and blood. She limped from a savage injury to her hind leg with her tail between them. Her body battered yet her spirit defiant.

A strong gust of wind hit the trees and made them hiss. Somewhere a branch cracked and she stopped motionless again, crouched lower, ready to run with the last of her effort. Another fight now would surely be her last. Her tattered ears erect and her nose twitching, she waited until confident she was still alone, then creped closer to the stream until she stood at its edge.

The smell of the fresh clean water filled her nose with pure delight. Her mouth pined for its sweet taste as she heartily lapped it up yet she coughed and spluttered. Each time she tried to swallow her throat burned. Such was the ferocity of the previous night with several sets of jaws trying to leave their mark, yet her need compelled her to carry on. With every drop she managed to down, the near freezing temperature seemed to numb the agony. It was little relief.

After drinking as much as she was able she stood on trembling limbs and again observed the surrounding area. The night was beginning to brighten. The wind had picked up a touch passing thousands of smells and odours by her snout, the many scents of the forest and the freshness of the air. The hiss of the trees and trickling water was becoming faint as her ears were succumbing to an increasing tinnitus. Only the sound of her heart remained audible as a rapid relentless beat.

She steadily walked into the water until she found a shallow place somewhere in the middle. It was so cold it stung on the pads of her paws, yet the increasing sensation of tension through out her body and her near total exhaustion made her care little for any more pain.

Enough was enough. Panting deeply, she looked at her wavering reflection as the moon found another gap to shine through. Her snout was covered in cuts and gashes that wept with blood. Her right eye was swollen, her left ear was torn; the clear water was obscured with trickles of blood as the many wounds all over her body bled.

Her limbs grew weak. She slowly lowered until she was lying in the water. One final look around, and she curled her self up, laying her head on her paws to keep her snout out of the water, then gradually, her eyes closed as a strong numbing sensation spread through her whole body, eliminating the pain and the biting cold of the stream.

The night passed. The wind eased. The mist continued to creep steadily over the ground. The birds had long since begun to sing yet none flew over the clearing where the stream trickled over rocks and stones. Gradually, from out of the surrounding forest, various animals began to dare their way toward the stream as they do every morning. Today, their instincts told them to stay away. Something wasn’t right. Among the animals was a stag, Leader of a group of deer. It sensed something, potential danger, yet his group needed refreshment. He dared to step towards the stream until he stood by the edge. Everything seemed normal, except for what looked like a new rock in the middle of the water. All around the scene was clumps of white and grey fur flickering in the breeze. There was an unfamiliar smell that his instincts told him was something to be cautious of.

His thirst was great. He looked back the way he came, twitching his ears and licking his lips; then dipped his mouth to drink. As he did other members of his group hurriedly yet quietly came up to join in. as more came he walked further into it, getting closer to the new rock. The strange smell was coming from it and it was covered in more of the wispy fur being blown away by the breeze. He sniffed around it then dared to gently nudge it. As he did it moved. Instantly the group of deer’s ran back to the forest. The stag stopped just before disappearing and looked back. The rock was a young human woman looking back at him with wild fearful eyes through strands of long wet hair.

She watched the stag leap into the overgrowth and vanish. Shivering, naked and weary, she looked around her. Amongst the residual physical pain from her catalogue of injuries, she felt a sense of great relief. She was alive and alone. Her wounds had closed but no doubt she would have left a strong trail for the others to follow by the scent of her blood. It won’t take them long to find her. Exhausted or not she had to keep moving, had to give herself the chance to heal and gather her strength to face them again. One more fight should do it. Another victory and they will be the ones running.

She looked at her reflection. Her pretty face will have scars, as will her throat, chest and the rest of her body, a small price to pay for what she’s fighting for. Her eyes were still the eyes of the wolf. She cupped her hands and splashed her face several times until her reflection showed them to be human again.

Four weeks until the next full moon. Four weeks to avoid the others and be weary of the humans. She looked hard at her wavering face in the water. She had nothing to lose now, yet everything to gain.

Written by Lord_Stabdagger (Lord Stabdagger)
Published 3rd May 2020 | Edited 12th May 2020
Like This?
Poems by Author
Comment
#moon #nature #werewolves
All writing remains the property of the author. Don't use it for any purpose without their permission.
likes 0   reading list entries 0
comments 9   reads 132
Commenting Preference:
The author encourages honest critique.
Re. She Wolf.
Lazy_Dead (.Julia.)
4th May 2020 00:39am
👏👏👏another amazingly well written story. Your detail and and imagery is captivating. So good.

Read poems by Lord_Stabdagger
Re. She Wolf.
KristinaX
16th Jun 2020 1:49am
I agree with everything Julia said. What are your favorite werewolf/vampire movies/shows?

Re: Re. She Wolf.
Lord_Stabdagger (Lord Stabdagger)
16th Jun 2020 2:35pm
My love for Werewolves came in the mid 80's when Michael Jackson was doing his Thriller thing. Prior to that I used to love watching the old Hammer House of Horror and Universal films that were shown every Saturday night. I don't have a particular favourite Vampire movie except for the one with Garry Oldman, which is a classic, but
my love for all things hairy has been with me ever since I was a midget to a dwarf.
I love Horror films, especially the ones that have a detailed, graphic transformation scene. Growing up I used to watch the Incredible Hulk TV series and wished I could bust out of my clothes when the school bullies got too close, only instead of turning into the Hulk; I'd become a giant savage man-wolf and maul everyone to death who'd upset me.
Anyway, My best Werewolf flicks are The Howling, (only the first one, the rest are awful) American Werewolf In London, a timeless classic, plus the one in Paris. Ginger Snaps, Dog Soldiers, and a movie I grew up with; The Company of Wolves. The recent remake of The Wolfman wasn't too bad, though it could have been better.
Everyone has sexual fantasies, but my ones involve beautiful girls who can change into Lycanthropes. Vampires are alluring but female Werewolves are  out rite sexy. I suppose its because of the wild animal inside her coming out to play, so to speak.
Silver Bullet is a good one plus Late Phases about a blind man verses a Werewolf.
Teen Wolf with Michael J Scot wasn't bad, the series didn't grab my interest. There's a whole bunch of new and recent films I need to catch up with and as for the TV shows, I've tried them, but, no.

Read poems by Lord_Stabdagger
Re: Re. She Wolf.
KristinaX
16th Jun 2020 9:06pm
Go on as you like my lord. You have provided a great list. I love Ginger Snaps. Dog Soldiers I have not seen, I was hoping for something I had not seen. I guess I am a bit more partial to the mysterious allure of vampires (just a bit). Maybe I just like getting bitten on the neck.

What about True Blood, The Originals, Being Human, ...

Re: Re. She Wolf.
Lord_Stabdagger (Lord Stabdagger)
17th Jun 2020 8:17pm
I've tried True Blood and Being Human both the UK and US versions and I just can't get into any TV related stuff. But!! The Addams Family and The Munsters, love em!

I enjoyed the X Files but mostly the paranormal TV shows I do watch are documentaries. Dog Soldiers is by far one of the best Werewolf films ever! Totally British from start to finish.

If you want a list of recommendations I can add to the ones already mentioned in my previous comment. Try these, Bad Moon, Curse of the Werewolf from 1961, Trick r Treat which has one of the sexiest female wolfouts yet. The Monster Squad, Wolf Cop, Ginger Snaps 2; though not as good as the first its still a fun watch. Don't bother with the third one. Awful. Howl, which takes place entirely on a train going through a forest, and ending with a classic, The Wolf Man from 1941.

In all a good introduction to my family history. :))

Read poems by Lord_Stabdagger
Re: Re. She Wolf.
KristinaX
17th Jun 2020 9:15pm
First things first, just because I am girl does not mean I like Twilight (you made me say it). Even a funeral pyre should not be defiled with that. Addams Family is great...

Dog Soldiers - got it, will be watching it soon for sure.

How about Phoebe Tonkin in The Originals? Laura Vandervoort in Bitten?

I watched about ten minutes of Bitten and haven't been back to it.

Just fun, I'm a fan of gory and suspenseful movies. Alien invasions, ghost haunting's, true stories, etc. I love The Thing from 1982, The Babadook, War of the Worlds from 1952, and a timeless classic, Night of the Demon from 1942.

Killer Clowns from Outer Space and Attack of the Killer Tomatoes. Awesome.