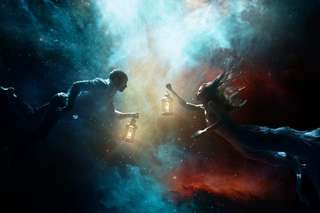 Is it forever about to rain or raining forever.. the (r)oaring pen shall have the say


the wind lashes
in a waywardly misdemeanour, in this
Sundayĺs an exceptionally noisy twilightic
terrace.. mobbed by the why~so? letloosely
cross-talking aerial tenants.  as if the invasive
aliens landed straight in those dreaded rooftops..
flaunting well the social distancing in a cleverly
loophole of the laws of these sudden
pandemic days..

(..in perhaps a crazy thinking that
those just few raised metres of altitude
are not under the curfewed radars
.. their crashing gossipy peaks
as if unnoticed, as to the much
uncensored contents afloat in
the loaded airs worthy of a polluted
collapse to a tumbling nowhere..)

& here i am, navigating ways in
so many trying n-permutative probabilistic
combinative directions.. to so align against
the dashing winds.. tasting the rush of them all
in a hopeful face-to-face encounter.. but find it
all the more hard to pinpointedly trace them
& feel their fine streaming in unidirectional
currents.. to a drowning mesmerize
á
(but, ásad they have gotten into their fated
virtueless dilutions... all in name of communal
(mis)adventurous dealings they do ůin
a beastly open allowance of merely a
ôvetti pecchuö: the empty preaching
philosophies they do.. only áacting
unethically secretive.. in maliciousness
of an underground mafia don, blown
to a high of its maddening mind.. losing

all their wet swollen pearly droplets of
their many tiny airy atomic palanquins á
to a ácarried away to dreary dry heat spell
..in no chances of rainfall .. over the waiting
forever in the widening.. perniciously
anaemic parched eyelands of hope..
frangibly pulsing still)

(the once quantum leaping heart-

-has forgotten its once drenched wetlands
with its aortal gladioli of arteries clasped
in an intertwining 'Vanakkam' origami folds
reminiscent of its childhood day papery boat
plays over the chattery~ giggly fast streaming
jet of rains in lengthy pleating ahead those
shallow runways.. áin butterfly hopscotches

-have been benumbed of even those lifesaving
drizzly showers.. áin each trickling deeply critical
bolddrops with its spading in dugouts birthing
revolutions .. áof petrichoric emanating springs
in a romantic crisis.. áout of the bearing golden
ripe actimomycetic aquifers of liquescing love

-is now an uneventful eventide of bland regimens
..a clinical sterility.. in an inevitably so~inhumane
in the abrupt devising)

the reigning blue veins
are the hitlerized giants seen all over in their
full bulletproof & masked astronautical suits
..reverse pumping in their dogmatic impurities
of the day, in deoxygenating strangles of silence,
midnightĺs elegiac lullaby syringes in the suicidal
dose at a soothing pace

the static ribcage cellular á
are the mundane accomplice of a mere setup
spectator... to their own caged destinies waiting
for a lively death... árolls in countdown cell by cell
in chronic pain episodes.. áof an ever elongating
time

until there feels
anymore
the difference between
honey/ venom, rain/ famine,
life/death
ů


pen nib in the sharpened swording...
is but in the steady capillary drawing inner..
the frothy fuelling fresh soul~inks of
the never~ lost cosmic energies.. injects in
the microcosmic rain droplets of life.. to
the craving red dawns... hatches out with its
yolking nucleus sun in the macrocosmic
One coalesce..

..to an expanse of its ever held testament~ truth
of Love.. over the frailty bodily frames rigging even
those skeletal~ filled barren grounds below.. in
the minded battlefields of an overly loaded greys


the versing pen
of Our Love, my Love, shall
be the verbing tool ev
of Our Awakening
each now..

Written by summultima (uma)
Published 6th Apr 2020
Like This?
Poems by Author
Author's Note
#6 #ERULGCT. long blabberations.. aching for minimalistic golds that which Rob's #5 shines of.. me keeps trying :)

Love as the Power of Words.. as Art of Poetry... flows deep to fight all...
Show More
#6 #ERULGCT. long blabberations.. aching for minimalistic golds that which Rob's #5 shines of.. me keeps trying :)

Love as the Power of Words.. as Art of Poetry... flows deep to fight all dark.. a Corona Times inspired dark write of a struggle.. Love is the Only Light & All. you know. Robonoid xx

pic:web
Show Less
Comment
#dark #love #PowerOfWords #rain #war
All writing remains the property of the author. Don't use it for any purpose without their permission.
likes 8   reading list entries 6
comments 7   reads 125

Commenting Preference:
The author encourages honest critique.
Re.  Is it forever about to rain or raining forever.. the (r)oari
buddhakitty
6th Apr 2020 1:25am
Your poetry IS art, uma. The words flow like a mighty river of light and love into this dull old world. Bless you.

Re: Re. áIs it forever about to rain or raining forever.. the (r)oari
summultima (uma)
6th Apr 2020 1:34am
and this coming from One of my ev adored & fav DU poet, dear BK, its a blessing & inspiration.. gratitudes from my depths dear one.. xx:)

Read poems by summultima
Re.  Is it forever about to rain or raining forever.. the (r)oari
Ahavati
6th Apr 2020 2:04am
This series is such a beautiful testament to your love, Uma. Not just of each other, but of love and live and light itself. I am truly enjoying this exchange between you two. xo.

Re.  Is it forever about to rain or raining forever.. the (r)oari
calamitygin (Jennifer Michael McCurry)
- Edited 6th Apr 2020 5:36am
6th Apr 2020 5:34am
There is a weapon against our current enemy, discontent....and found in your sharpened sword...word and pen
Blabberations melt into minimalistic thought, of heart and true emotion.

Channeling
Unease into what is felt easily.

This reads ...a J Pollock of soul and fiery breathing

You have laid master strokes to your canvas Uma

Re.  Is it forever about to rain or raining forever.. the (r)oari
Strangeways_Rob
6th Apr 2020 11:51am
Listening to Moz, 'Once I Saw The River Clean.' Your bubbling blabberations blister that part of me which have lain dormant for 250 years ;) I feel that old some days. Got Mum singing on the phone. Funny how she forgets her own name some times and yet can recall song. Life was never meant to make any sense eh? Your Hitlerist xx

Re.  Is it forever about to rain or raining forever.. the (r)oari
DanielChristensen (The Fire Elemental)
6th Apr 2020 5:40pm
I had a kind of stunned blink when I got to airy atomic palanquins. You move the lens of awareness with fluidity from the milieu, to the microscopic, to the intensely intimate, where spirit moves and is felt, and is known. It is beautiful to witness, beautiful to cherish and appreciate that I was granted the awareness to look and see it and have it move through me. You bring across the beating heart we all share in these troubled times. I always feel a bit inadequate when I say things like these times are troubled, because though we have all been brought to attention, to face the same crisis, strife, struggles, sufferings, have never ceased in this plane of samsara. It is our purpose here to bring kind awareness to everything, everyone and ourselves, to look deeply, to not look away, to reconcile, to abide. So that is what I have been telling everyone lately. Stay safe and proceed in calm abiding.

Reading you is a spiritual journey. One cannot ask for a more welcomed road. 🙏🏻

Re.  Is it forever about to rain or raining forever.. the (r)oari
LokiOfLiterati
25th Apr 2020 8:05am
When your land opens with personifying the force of nature, and then picks up with the weaponized pen, and the stormy battle only begins, that deep journey within. Why we're friends